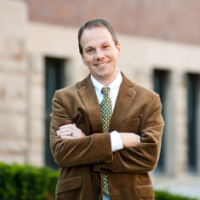 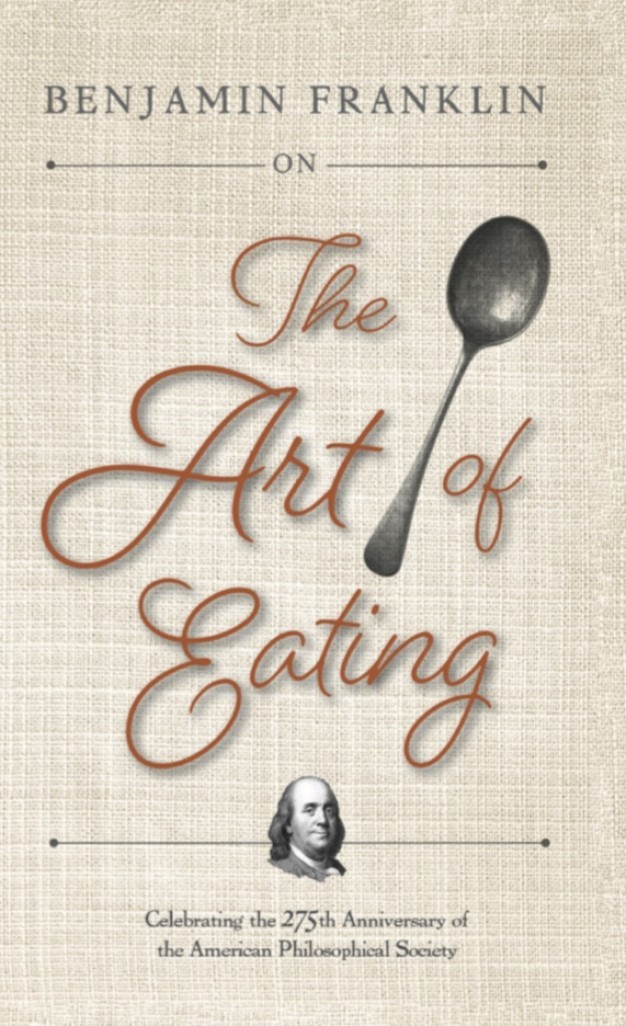 We return with our exploration of the cooking recipes found in the American Philosophical Society’s collections of Benjamin Franklin’s manuscripts. Nearly sixty years ago, APS Member and French-born literary critic Gilbert Chinard (1881-1972) was so taken by these rare survivals that he published a short volume about them, Benjamin Franklin on the Art of Eating (1958) which remains an APS bestseller. (Order your copy here.)

For the fourth installment of our series, we caught up with Chef Walter Staib. A third-generation restaurateur with more than four decades of culinary experience, Chef Staib is an author, Emmy Award winning TV host, James Beard-nominated chef, and culinary historian. He is proprietor of City Tavern in Old City, Philadelphia and President of Concepts By Staib, ltd., a food and beverage consultant company. Chef Staib’s culinary excellence has earned him numerous other awards, among them the prestigious Chevalier de l’Ordre du Mérite Agricole de la République Francaise. Originally from the Black Forest region of Germany, Chef Staib has called the Philadelphia area his home for decades.

You have first hand experience working with Franklin’s recipes. Tell us about that.

I was fortunate enough to have worked with Mary, Countess of Bessborough, a direct descendant of the 2nd Earl of Bessborough, William Ponsonby, who in 1765 appointed Benjamin Franklin as Deputy Postmaster and Manager of the Northern District of His Majesty’s Provinces and Dominions on the Continent of North America. Along with Hilaire Dubourq, Lady Bessborough and I consolidated and came up with recipes based on his book, Benjamin Franklin: Book of Recipes.

Lady Bessborough and I also recreated many of Franklin’s dishes at City Tavern in Philadelphia. I later featured many of these recipes in an episode of my Emmy award winning television series, A Taste of History, when I visited Franklin’s home on Craven Street in London, England during our Sixth Season (watch here).

Franklin influenced generations of Early Americans through the ideas he shared in his Poor Richard’s Almanac. What do you think of his “Rules of Health and Long Life” (reprinted below)? Do his ideas still hold nearly three hundred years later?

He was right on the mark, 100%. What he said 300 years ago still maintains itself to today’s lifestyle. I’d say the fact that we still speak of Franklin today, and will continue to for centuries to come, is a testament to his wisdom and ingenuity.

How representative of 18th-century foodways are the recipes that Franklin collected? Are they common dishes or unusual foods?

While many of Franklin’s recipes are intricate and unique, most were common for that time period. In fact, much of his inspiration came from Hannah Glasse’s “Art of Cookery” which was printed in 1745.

With exceptions of food items that are no longer in style, such as tongue or sweetbreads, which today are mostly only seen in esoteric or ethnic restaurants, much of Franklin’s culinary works are straight forward, fantastic recipes that are as good today as they were in the 18th Century.

How regional were cuisines in the 18th-century? Would Franklin have experienced more similarities or differences while dining in France from what he was accustomed to in Philadelphia?

A beauty of the regional cuisine of the time was that it was simple. There were no freezers, airplanes hadn’t been invented for quick transport, everything was driven by the region in relativity to the travel distance of a horse and wagon or the sails of a ship.

During the colonial era, Philadelphia was a very cosmopolitan city, the 2nd largest English-speaking city in the world. Even before the French Revolution, there was already a good amount of French influx in the area making the French influence in colonial Philadelphia prominent. Many of the staff in the upscale society of Philadelphia were from Europe. City Tavern’s first Chef in 1773 was French, so Franklin saw many similarities between the two regions.

You could argue that Franklin’s culinary experience was even better in Philadelphia because the Delaware and Schuylkill were not polluted. The Harbor of the Delaware river brought thousands of ships from Asia, Africa and all over the world to add worldly culture and spice to the domestic products.

What does it take to translate an 18th-century recipe into something that can be cooked in a 21st-century kitchen?

The same way it was done in the 18th century, with a little experimentation. Recipes transcribed at that time were mostly written for semi-professionals and not your average at-home cook. Like I say on the show, don’t be intimidated, you can do almost anything in your home kitchen, it just may take a little tweaking.

As the proprietor of the City Tavern, you know firsthand how people today react to historical meals. What is the appeal? Is there a reason why during the current pandemic people seem to be particularly attracted to historic recipes?

You are right! We did a couple of promotions where we gave our cookbooks away at near cost in an effort to give back and provide something fun for people to do during the pandemic. The response was unbelievable, especially with our A Taste of History Cookbook, where I took historical recipes from the show that had not previously been published and adapted them for the modern kitchen.

Which recipe in Franklin’s recipe book intrigues you most and why?

This is my favorite question. As I mentioned, I spent a lot of time with both Hilaire Dubourq, the author of Benjamin Franklin’s Book of Recipes, and the Lady of Bessborough. With them, I was able to learn so much about the treasured 18th century cuisines.

My favorite recipe, which is also featured on Season 6 Episode 9 of A Taste of History, was Franklin’s recipe for stuffed lobster, also known as Lobster Thermidor, which is still served in many restaurants today. In the 18th Century, lobster was not considered to be high standard. In fact, it was usually saved for prisoners and pig feed.

Franklin was also essential in bringing Tofu to America. He wrote of it in a 1770 letter to John Bartram who was back in Philadelphia. Bartram grew the soy and made the tofu as Franklin had transcribed, but the popularity for the dish quickly went underground. It wasn’t until many years later that tofu entered into the mainstream. Franklin’s recipe for this dish is served at City Tavern.

Another delicious yet intriguing recipe that Franklin shared with John Bartram was for a vastly popular cheese that caught on quickly: Parmesan. In 1769 Franklin was traveling in Italy and wrote, “And for one I confess that If I could find in any Italian travels a receipt for making Parmesan Cheese, it would give me more satisfaction than a transcript of any inscription from any stone whatever.” It took four years, but in 1773 Franklin received a letter explaining the process of making his favorite aged cheese and even used it to make a Parmesan Cheesecake!

And what Benjamin Franklin inspired meal would be complete without his ale recipe, brewed with the essence of Spruce? A spruce flavored beer may seem strange by modern tastes, but it was very popular in the colonies. It’s also spectacular for marinating and cooking purposes as well.

Rules of Health and Long Life, and to Preserve from Malignant Fevers, and Sickness in General (Poor Richard For 1742)

Eat and drink such an exact Quantity as the Constitution of thy Body allows of, in reference to the Services of the Mind.

They that study much, ought not to eat so much as those that work hard, their Digestion being not so good.

The exact Quantity and Quality being found out, is to be kept to constantly.

Excess in all other Things whatever, as well as in Meat and Drink, is also to be avoided.

And so do those of contrary Complexions; for that which is too much for a flegmatick Man, is not sufficient for a Cholerick.

The Measure of Food ought to be (as much as possibly may be) exactly proportionate to the Quality and Condition of the Stomach, because the Stomach digests it.

That Quantity that is sufficient, the Stomach can perfectly concoct and digest, and it sufficeth the due Nourishment of the Body.

A greater Quantity of some things may be eaten than of others, some being of lighter Digestion than others.

The Difficulty lies in finding out an exact Measure; but eat for Necessity, not Pleasure, for Lust knows not where Necessity ends.

Wouldst thou enjoy a long Life, a healthy Body, and a vigorous Mind, and be acquainted also with the wonderful works of God? labour in the first place to bring thy Appetite into Subjection to Reason.