Visit this page in the future for more information about our next exhibition, Pursuit and Persistence: 300 Years of Women in Science, opening March 31, 2023.

The American Philosophical Society, the oldest learned society in the United States, was founded in 1743 by Benjamin Franklin for the purpose of “promoting useful knowledge.” After almost three hundred years of knowledge sharing, the Society’s collections have grown to include 2.5 miles of manuscript pages and approximately one million rare books, prints, photographs, paintings, scientific instruments, Native American language recordings, and other objects.

In 2001, the APS opened its Museum gallery in Philosophical Hall, the Society’s home since 1789. The Museum changes annually to highlight a different themed collection of objects from the Society’s Library. Previous exhibitions have featured items such as Thomas Jefferson’s hand-written draft of the Declaration of Independence, a notebook from Lewis and Clark’s Western exploration, a rare 18th-century telescope, Darwin’s hand-written title page for On the Origin of Species, Neil Armstrong’s annotated notes of the Apollo 11 mission, and the only known portrait of Benjamin Franklin’s wife, Deborah.

The 2022 exhibition at the APS was Becoming Weatherwise: A History of Climate Science in America.

Each exhibition offers imaginative programs that interpret the historical themes and objects on view, encouraging visitors to make connections between history and present day. Check out our upcoming events and digital resources for more information. 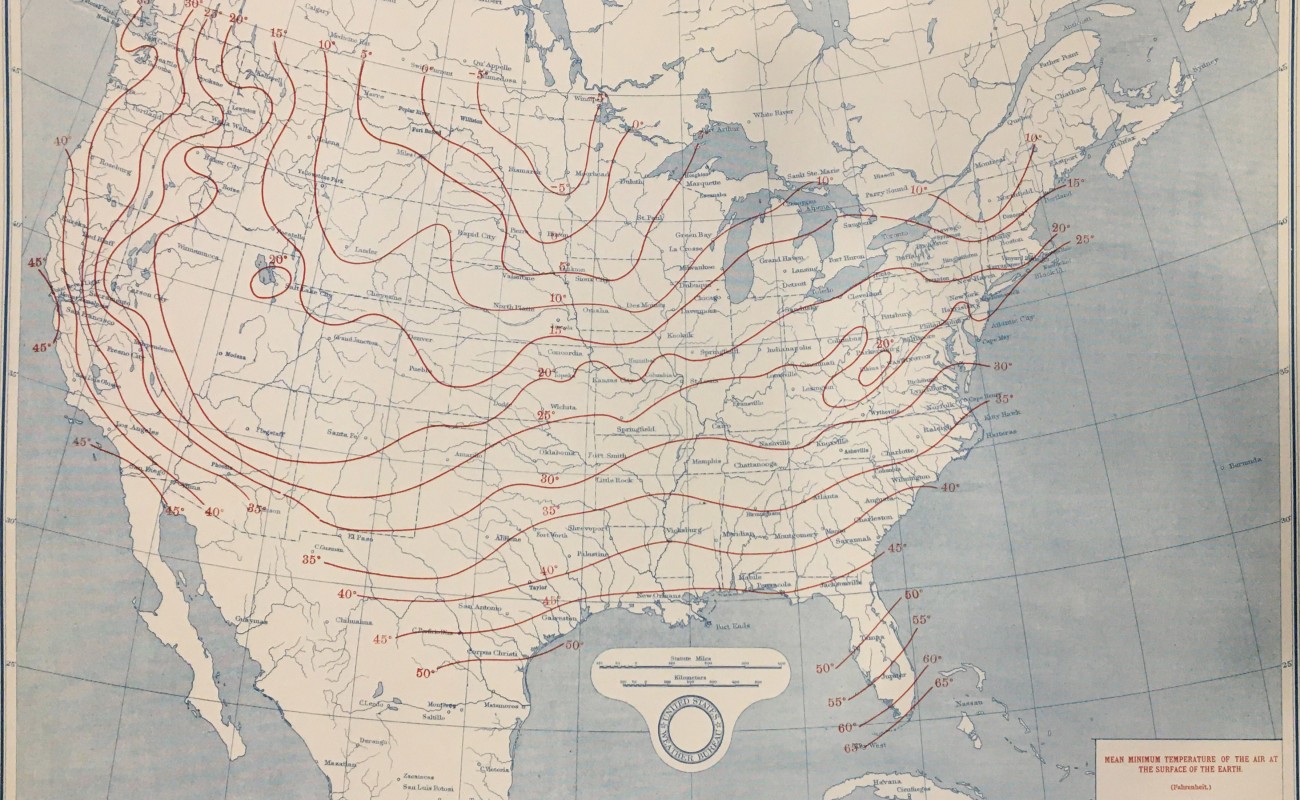 Becoming Weatherwise: A History of Climate Science in America

The APS Museum is free to visit. We do suggest a $2 donation per individual or $5 donation per family/small group.

Only 30 visitors are allowed in the exhibition at a time, so we ask visitors to be courteous and respectful of others’ space.

Upon entering, visitors will climb a flight of stairs to reach the Museum on the second floor. If you have different accessibility needs, inquire upon entry and our Museum staff will be happy to assist with the use of our wheelchair lift (capacity of 495 lbs) or elevator as needed. If you have questions about accessibility, email [email protected] or call 215-440-3440. Restrooms are not available on site. The Independence Visitor Center provides the closest public facilities nearby. 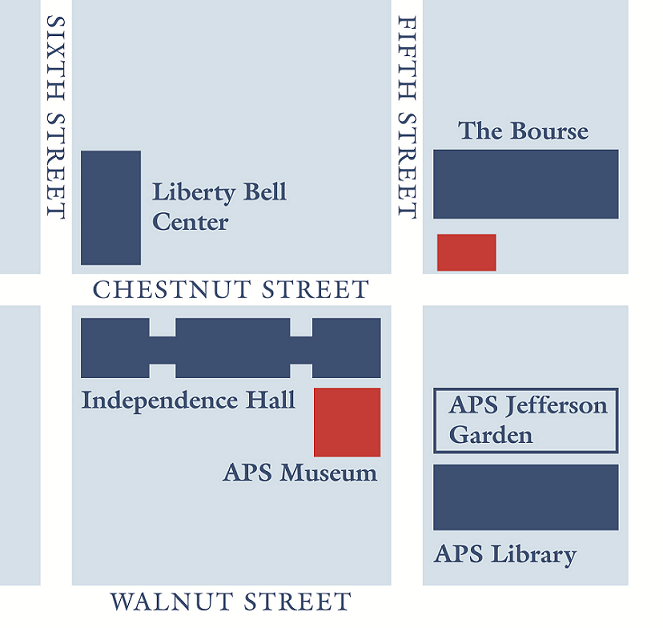 At present, we encourage all visitors and staff to wear appropriate face coverings in the exhibition. We will be maintaining updated cleaning procedures and will provide hand sanitizer upon entry to the building. If you are unable to be vaccinated and would still like to visit in a safe environment, email us. We will work with you to find an appropriate visiting time. Alternately, visitors are encouraged to explore our many virtual offerings.

Be sure to check our website for the most up-to-date information.

Guided tours of the 2022 exhibition Becoming Weatherwise: A History of Climate Science in America are now closed for the season. Tours, for groups of a minimum of 5 guests, may be scheduled Monday–Thursday, 10:00 a.m.–4:00 p.m. (subject to availability). Tours cost $2.00 per child (below the age of 18) and $5.00 per adult. Two weeks or more advance notice is required when scheduling tours. Tuesday, December 13th will be the last date for guided tours and programming for the year.

For detailed information and to request a tour or school program, please click here.

If your school or group would like to take advantage of any of our virtual offerings or distance learning opportunities:

If you plan to visit the exhibition in a group or with 6 or more people:

Need more information or have questions prior to your visit?

The APS Museum has a historically significant collection of approximately 3,000 artifacts and fine art objects. The collection reflects the central role of the APS and Philadelphia in the founding of the nation as well as the development of science and technology from the 18th century through the early 20th century.

Significant holdings of the Museum collection include portraits of Founding Fathers; models of inventions; scientific instruments made by or relating to David Rittenhouse and other APS Members; plant specimens collected by Lewis and Clark; and several of Benjamin Franklin’s personal belongings, such as a set of stencils, tall case clock, chess set, and library chair with fold-out steps. Objects in the collection were acquired predominantly through past APS Members and scientific activities of the Society. 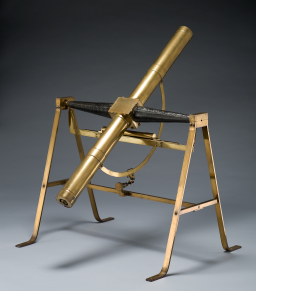 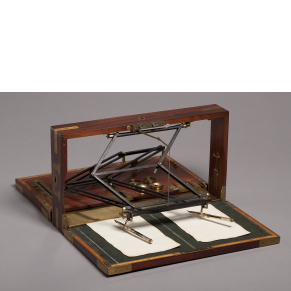 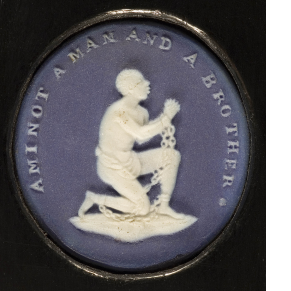 Philadelphia astronomer and surveyor David Rittenhouse made this telescope for his observation of the 1769 transit of Venus across the sun. He used the transit telescope, mounted on protrusions called trunnions so that it could rotate in a vertical arc, to monitor the passage of the sun over the meridian, thus determining solar noon. The telescope helped Rittenhouse maintain the accuracy of his astronomical clock both in his observatory and in the field.

This device, presented to the APS in 1850 by one of Jefferson’s law students (and husband of his granddaughter), was reportedly owned and used by the president. This ”polygraph,” meaning ”writing of many,” helped relieve the tedium of copying documents by hand. As the author of the original document moved one of the polygraph pens, the other moved simultaneously, producing an exact copy. John Isaac Hawkins patented the device in 1803, and Thomas Jefferson and Charles Willson Peale promoted its use. Jefferson, who wrote thousands of personal and professional letters, was a particularly enthusiastic endorser of the polygraph.

The APS holds two Wedgwood anti-slavery medallions, one of which was likely owned by Benjamin Franklin. Depicting a chained, kneeling slave, and inscribed ”Am I Not a Man and a Brother?,” these medallions were most frequently seen in black on white jasper dip. Other colors (such as the blue and white seen here) may reflect the desire for the medallion to be a fashion statement as well as a political one. English ceramics manufacturer Josiah Wedgwood, who was also a committee member of the Society for the Suppression of the Slave Trade, sent a package of medallions to Benjamin Franklin in 1788 for distribution in the United States. Franklin, a former slave owner turned fervent abolitionist, realized the power of such an image for the anti-slavery movement. He replied to Wedgwood, ”I am persuaded it may have an Effect equal to that of the best written Pamphlet, in procuring Favour to those oppressed People.” 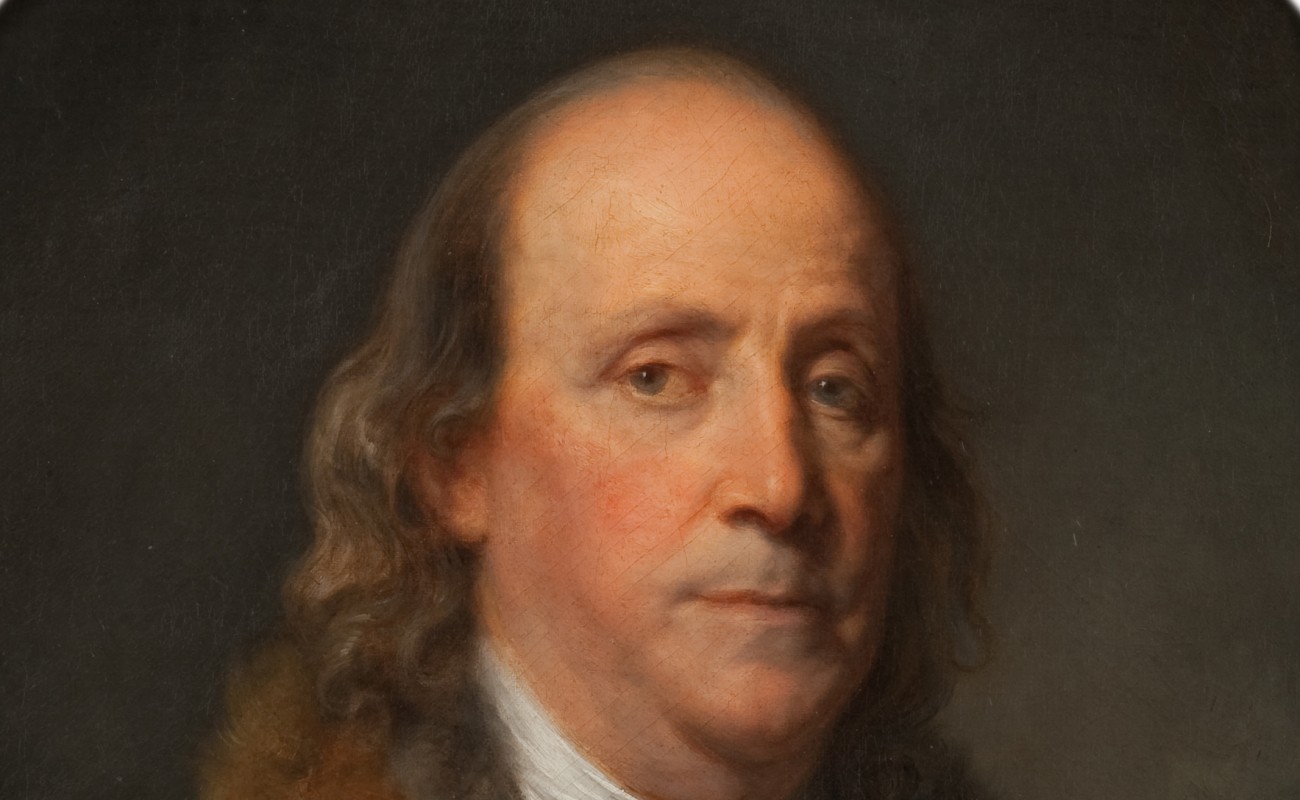