The Rare Opportunity to Restore Personhood

October 21, 2020
Share
Jillian Curran is a rising junior at Washington College where she is majoring in History with a double minor in... END_OF_DOCUMENT_TOKEN_TO_BE_REPLACED 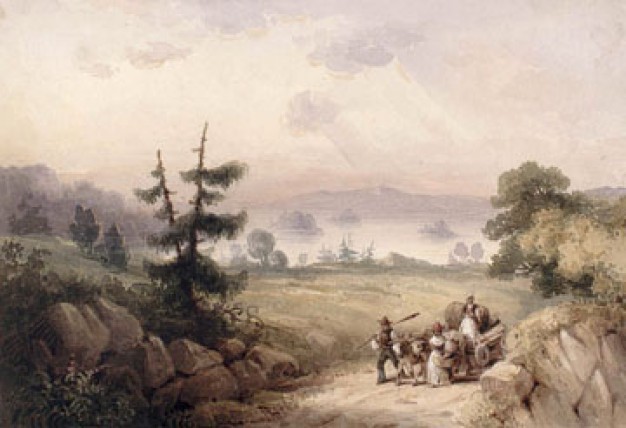 In historical research, silences in the archive are practically guaranteed. A historical document may not provide the researcher with the evidence she or he hoped to find or it may only hint at certain facts, leaving the researcher desperate for confirmation. My examination this summer as a CV Starr Intern of the papers from the Loyalist Claims Commission included in the Maryland Loyalism Project was no exception to this frustrating rule. This lack of information took on a disheartening aspect, as the most frequent victims of this phenomenon were people enslaved by petitioning Loyalists.

By the end of my internship, the Project Team had transcribed 89% of the Loyalist Memorials from Maryland, and only one of the many that claimed lost enslaved property actually listed the names of enslaved persons.

Enslaved people were often included in the schedule of property alongside livestock, farming utensils, and horses, a cruel denial of humanity and personhood. The Project Team knew immediately this dehumanization was something we had to remedy, but at that time were at a loss for how to do so.

A second source we incorporated into the Maryland Loyalism Project, the Inspection Rolls, colloquially known as the Book of Negroes, helped us to include the often-overlooked narratives of Black Loyalists in this project. The Inspection Rolls are essentially passenger lists of British ships carrying Black Loyalist refugees to Nova Scotia from New York City at the end of the American Revolution in the summer and fall of 1783. These passengers were formerly enslaved persons who emancipated themselves by escaping to British lines during the war. We were pleasantly surprised to find that each person was typically listed by both first and last name, which broadened the opportunity for further research immensely and enabled us to more fully display the powerful stories of their agency in self-emancipation. While this was an important step in telling the stories of Black Loyalists, we unfortunately still had no information on those claimed as property in the Loyalist Claims Commission records and who were unable to escape bondage.

With this issue weighing heavily in our minds, we moved onto our next source, the Confiscation Records of the State of Maryland. These records detailed Loyalist property that was confiscated and sold at auction in order to fund the war. Our initial intention in examining these records was to compare the property claimed by Loyalists with the actual property present in America to see if their estimations were accurate or if they exaggerated to collect more money from the British government. Upon examination, however, we happened upon an incredible opportunity to restore names to the enslaved persons listed in the Loyalist Claims Commission.

We first focused on the confiscation records pertaining to the Principio Company, owners of large iron works that had been operating in Maryland since 1720. In their Memorial, the proprietors of the company—William Pellat, Charles Wright, Osgood Gee, and Peter Calmel—claimed to have enslaved “95 negroes at the 2 furnaces and forge.”

No names were given for these people anywhere in the Memorial. In the Confiscation Records, however, 99 enslaved persons seized from the Principio Company and sold at auction are given not only names but also, in some cases, ages and familial relationships.

These 99 enslaved persons were sold over the course of three auctions between 1781 and 1782 in Maryland. 26 of those sold were men, 14 were women, and 35 were children. The remaining 24 enslaved persons were not given a definite gender or age, so they have not been included in these calculations so as to avoid imposing a false identity upon them.

This discovery was exciting for a multitude of reasons. First, it opened the door to further research on women and men rendered nameless in other historical records. With their restored names, ages, and purchasers we can potentially track the course of their lives through property, probate, and manumission records. It also allows us to solve an important problem we’ve encountered in the development of our database and website. Instead of assigning a generic label to the enslaved victims of our Loyalist subjects (such as “Unnamed Enslaved Person #375”), we can now list them with their names, thereby returning to them some piece of their identity, humanity, and significance to the story of Maryland Loyalism and the American Revolution more broadly. We hope to use this source to restore the personhood of all those enslaved and claimed as lost property of Maryland Loyalists in the Loyalist Claims Commission records. This is one step in a long journey to reversing the erasure of Black historical experience and significance.

As with any fruitful research, this powerful discovery has simultaneously answered questions and raised many new ones. Since many of the enslaved persons in the Principio records seem to be purchased in family units, can we confirm these familial ties? Were they purchased as families purposefully? Why do some purchasers seem to focus on buying only the elderly? What was the experience like for confiscated enslaved persons during the interim years between confiscation and auction? Is there any way to get at the political identity of the women and men enslaved by white Loyalists? These are just a few of the many questions we hope to provide resources to help answer as we develop the Maryland Loyalism Project further.