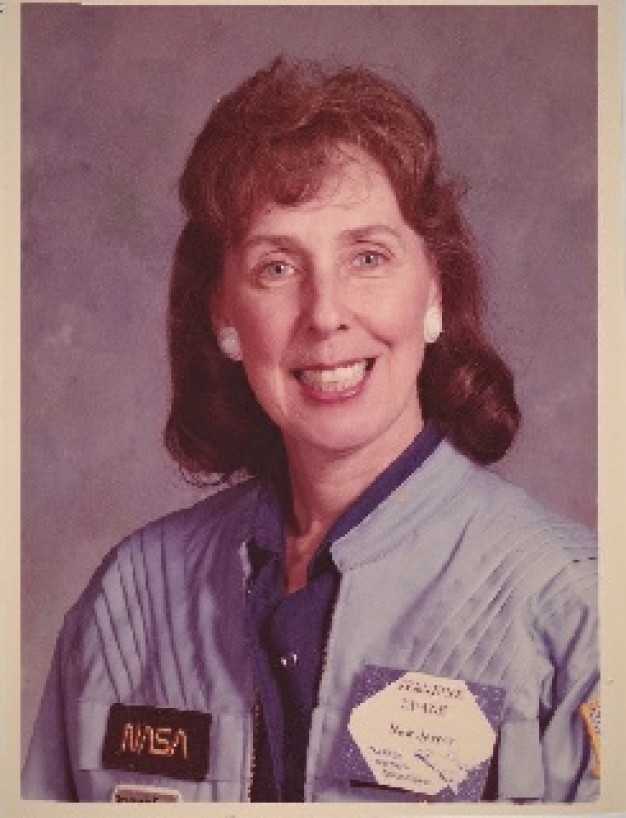 By Anisha Gupta and Emily Margolis

Advancing STEM education has been a priority for NASA, America’s civilian space agency, since its founding in 1958. Over the past six decades, NASA has developed many programs to inspire the next generation of astronauts, space scientists, and aerospace engineers. Its most popular outreach programs, including the Spacemobile roadshow, brought space into classrooms. In 1984, NASA took its STEM education efforts to new heights by committing to bringing the classroom into space.

NASA’s Teacher-in-Space Program (1984-1990) offered an opportunity for an educator to deliver lessons while orbiting earth as a payload specialist on NASA’s new space shuttle. Jeannine Duane found this opportunity irresistible. A 52-year-old reading and mathematics teacher working towards a doctorate in education, Duane was selected as one of two Teacher-in-Space finalists from New Jersey. Duane had an interest in flying since she was young, completing ground school for flight navigation and teaching in the Department of Defense’s overseas schools. Although she was not selected to go into space, Duane supported space science education for the rest of her life.

Following Dr. Duane’s passing in 2019, her family donated materials from her career, including her involvement with the Teacher-in-Space program, to the APS. Amongst her donation is a blue NASA flight suit covered in pins and patches, which gives insight not only into Dr. Duane’s biography, but also the history of the space program.

The Teacher-in-Space patch is prominently placed on her right pocket. This program chose two teachers from each state and prepared them on how to educate students, teachers, and administrators about space. NASA provided the teachers with instructional materials like videotapes of shuttle activities and computer software, even lunar samples.

The Challenger STS-51L mission patch is placed on her left pocket. This shuttle tragically exploded 73 seconds into launch, killing all seven crew members, including Duane’s fellow teacher, Christa McAuliffe. In a 2011 interview with the Pocono Record, Dr. Duane later said of her work: “Wherever I’ve gone, my mission is to honor those seven fallen heroes.” She did this, in part, by wearing the STS-51L mission patch on her flight suit.

After the Challenger tragedy, no more teachers flew into space, but Dr. Duane continued the mission of the Teacher-in-Space program as a self-identified “space ambassador.” She traveled widely to educate students in formal and informal settings, promoting math and science.  Her flight suit and its pins and patches illustrate how she was able to move between different communities and promote NASA’s STEM education initiatives. She had pins from educational institutions such as the New Jersey School Boards Association and Space Camp, as well as pins from military groups, including the Air Force Association and the White Sands Military Base.