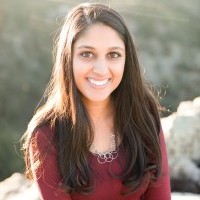 Anisha Gupta was the Assistant Conservator for Archival Materials. She holds an M.S. from the Winterthur/University of Delaware Program in... END_OF_DOCUMENT_TOKEN_TO_BE_REPLACED 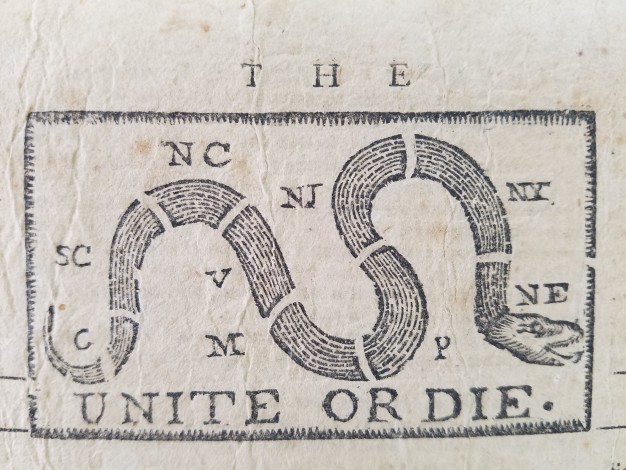 In January 2019, the American Philosophical Society acquired a rare, pre-Revolutionary newspaper featuring Benjamin Franklin’s iconic “Unite or Die” political cartoon. The framed newspaper, from the December 28, 1774 issue of the Pennsylvania Journal and Weekly Advertiser, was originally donated to a Goodwill office before joining the APS collection.

The newspaper came into the conservation lab sandwiched between two sheets of glass in a red frame. Given the large water stains, it probably sat in standing water for a long period of time. Red from the frame seeped into the paper, adding red to the staining as well. At some point in its life, the newspaper likely encountered a mouse who ate away at its sides, leaving large losses.

As a paper conservator, it was my job to stabilize and preserve the newspaper so it’s available for future exhibitions and scholarship. The first step was to remove the stains so the text was easily legible. Since the water stains and the red stains were soluble in water, I was able to use one of my favorite tools to remove the stains: a gel. Gellan gum is a polysaccharide that is used as a common food additive. It looks like clear Jell-O but is more rigid (and not as tasty!). Gellan gum holds a reservoir of water and acts as a poultice to remove the stains. The gel was made to be slightly larger than the newspaper and placed on top, pulling out the stain. I repeated this process two more times for each sheet of the newspaper. Not only did the stains come out, but yellow acidity from the paper came out as well, brightening up the newspaper.

Once the newspapers were washed, APS book conservator Renée Wolcott helped me fill in the losses using a technique called wet pulp fills. This involved taking a modern paper of a similar color and tone, mashing it up in a blender with water, and filling the holes with this pulp using a pipette. This technique creates seamless fills which also stabilize the paper. We also used the paper pulp to reattach the two sheets of paper, so it looks like a whole newspaper now!

Here is the newspaper after the treatment! 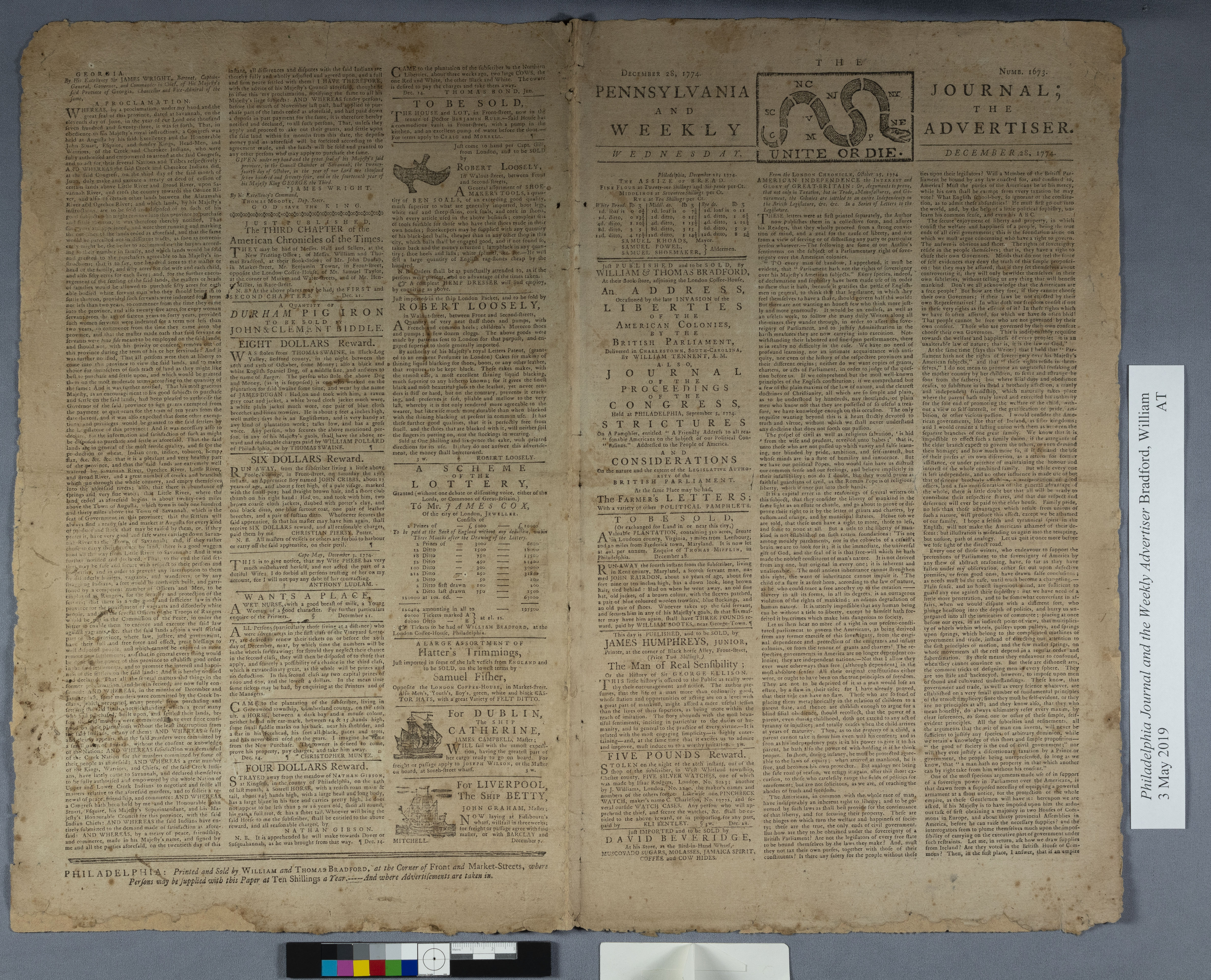