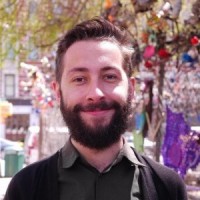 Andrew Seaton (he/him) is a Ph.D. candidate in history at New York University. His dissertation explores the relationship between politics... END_OF_DOCUMENT_TOKEN_TO_BE_REPLACED 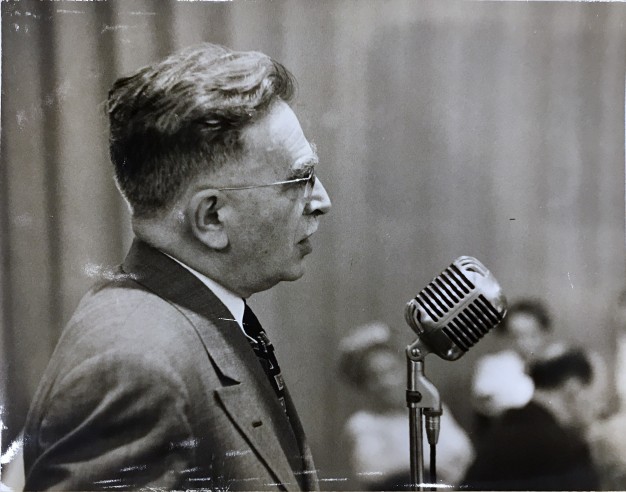 After the Second World War, countries all over the world – old and new – sought to extend the benefits of modern medicine to a wider sweep of their populations. European nations like France planned new health systems that guaranteed all citizens access to services. Newly independent countries such as India invested heavily in rural health programs to bring care to communities situated far from cities. The U.S., too, took part in this mid-century wave of reform. In 1945, President Truman announced his support for a form of “National Health Insurance.” What became known in the media as the “Truman Plan” proposed a universal and federally-managed system of health insurance, paid for by payroll deductions from workers’ paychecks. Anyone who has interacted with the U.S. health system today has experienced the consequences of the eventual failure of these ambitions. The sprawling web of private health insurance and targeted public coverage – such as Medicare and Medicaid – that took its place fails to provide universal coverage, yet costs the country about seventeen per cent of its gross domestic product (GDP). The average European Union member spends approximately ten per cent of its GDP on health care, yet guarantees coverage to all citizens.*

There are many well-explored domestic factors that help explain the failure to enact national health insurance in the U.S., but historians have paid less attention to how this domestic episode related to the developments on the international medical scene outlined above. Foreign health systems shaped activism and debate for both supporters and critics of national health insurance in the U.S. The British National Health Service (NHS), established in 1948 as a universal, state-funded system that delivered care “free-at-the-point-of-use,” ranked foremost among the overseas examples invoked at the time.

The papers of the physician and medical activist, Ernst P. Boas (1891–1955), held at the American Philosophical Society, reveal the contours of this engagement. Son of the famous German-American anthropologist, Franz Boas (1858-1942), Ernst became a cardiologist and gained an international reputation as Medical Director at the Montefiore Hospital in the Bronx and for his scholarship. He believed that medicine, like all branches of scientific inquiry, could not be separated from politics. In a speech titled, “The Responsibility of the Scientist as a Citizen,” Boas urged his colleagues to move beyond the clinic or the laboratory to assert their expertise in the face of the corrosive power that big business held on society.** He led the Physicians Forum, a progressive body of doctors that challenged the AMA’s hold on medical politics. The Physicians Forum advanced causes such as ending discrimination against Black medical professionals and, crucially, establishing national health insurance.

Like several other U.S. heath reformers of his generation, Boas took inspiration from the British NHS and traveled across the Atlantic to observe the institution himself. Boas did not believe that the British service could or should be exactly reproduced. To him, it would be impractical, and even harmful, for the federal government to nationalize all hospitals and start paying the wages of the entire medical profession in a country the size of the U.S. However, his notes at the APS display an interest in the specific elements of the NHS that he wanted to introduce into the U.S.*** These included an absence of direct payment for patients, a free choice of doctor, a systematized and integrated role for the government in administration, support for health centers and group practice, and the distribution of medical expertise to underserved poorer areas. Aware that the Cold War-infused debates about “socialized medicine” and McCarthyism could ruin reform efforts, and reputations, Boas publicly downplayed his admiration for the British service as compared to others on the medical left. Nonetheless, the NHS still hovered over Boas’s thinking. It remained the only foreign health system that he invoked in speeches or cited in his research, and he maintained correspondence with British colleagues.

In 1955, Boas died from pancreatic cancer, having witnessed Congress reject national health insurance. By that point, the policy had become discredited in the national imagination, and the reputation of the NHS worked against the cause of reform. In newspapers, magazines, and news reports, the AMA and its allies smeared the British service as an example of the perils of further government intervention in the field of medicine. Out-financed and outmaneuvered, organizations such as the Physicians Forum struggled to prevent these projections of the NHS from damaging understandings of their own objectives at home. Although by no means the only reason that the U.S. does not now possess a form of universal health care, the shifting debates about foreign health systems served as another challenge that its proponents could not overcome. Reformers looking to achieve medical universalism in the future would be wise to recall the efforts of predecessors like Boas. In activism, debate, and popular opinion, the nation’s health often ranges beyond national borders.

** Ernst P. Boas Papers, Series III: Works by Boas I-R, Box 15, “The Responsibility of the Scientist as a Citizen.”