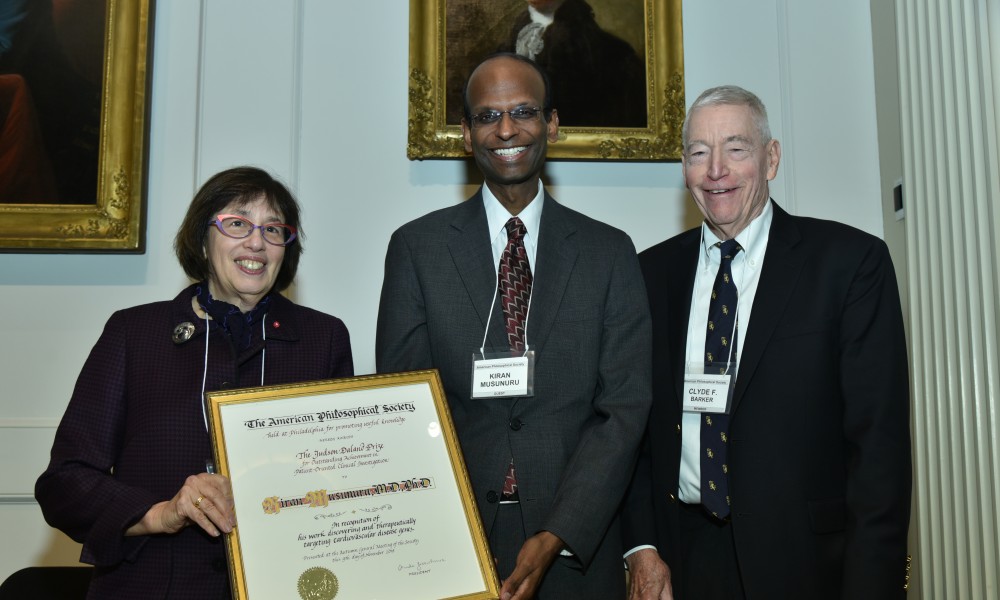 The $50,000 Judson Daland Prize recognizes outstanding achievement in patient-oriented research. The prize will be awarded at the Meeting of the American Philosophical Society in November 2023. The Society reserves the right to award a shared prize.

Deadline
Nominations and three letters of support must be received by March 15, 2023.

Candidates must be nominated by the chair of a clinical department of a medical school or hospital located in the United States. The nominator must submit an abstract of the work to be honored, together with the CV and bibliography of the nominee; see details below. A letter from the nominator must make clear the patient-oriented nature of the investigation.

Three additional letters of support for the nominee must be sent separately to the Society. No more than one of these three supporting letters should be from a person at the same institution as the nominee.

Send nominations and letters of support to:

or as email attachments to LMusumeci@amphilsoc.org

2014
Howard Y. Chang in recognition of his discovery of the existence and function of a new class of pervasive genes in the human genome, termed long noncoding RNAs (1ncRNAs).

2011
Svati Shah in recognition of her work on novel metabolomic biomarkers for cardiovascular events.

2009
Keith A. Josephs in recognition of his work on clinical, pathological and imaging correlates of neurodegenerative and other neurological diseases.

Jordan Orange in recognition of his work on congenital defects of innate immunity and natural killer cells.

2008
Vamsi Krishna Mootha in recognition of his work on genomic approaches to human mitochondrial disorders.

2007
Victor Velculescu in the identification of diagnostic and therapeutic targets through genomic analyses of human cancer.

2006
George Q. Daley in the area of chronic myeloid leukemia and in the application of stem cell biology to the treatment of leukemia and genetic diseases.

2005
Brendan Lee for his work in "skeletal genetics and inborn errors of metabolism."

James A. Levine for his work on "energy expenditure and obesity."

2004
Ali Gharavi for his work on "genetic studies of IgA nephropathy."

2003
Flaura K. Winston for her work on "biomechanical and psychological foundation of pediatric trauma prevention and treatment."

2002
James E. Crowe, Jr. for his work on "neonatal immune responses to virus infection or immunization."

2001
Todd R. Golub for his work on "the individualization of cancer medicine."