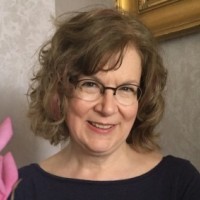 Anne Downey is the Head of Conservation for the American Philosophical Society. Ms. Downey received her M.A. and Certificate of... END_OF_DOCUMENT_TOKEN_TO_BE_REPLACED 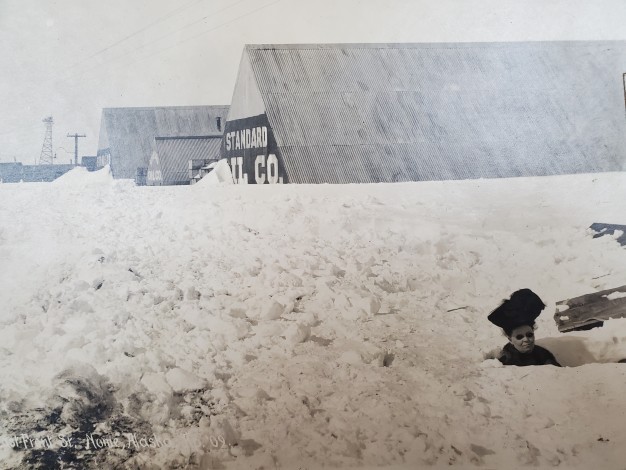 Three photo albums recently came to the conservation lab, courtesy of two donors to the Society. Though in poor condition, these albums hold an amazing treasure trove of images that capture the cultures and history found in Alaska at the turn of the 20th century.

All three albums feature the work of Frank H. Nowell. Initially an amateur photographer, Nowell's professional status was solidified when he was selected to be the Alaska-Yukon-Pacific Exposition's official photographer in 1909. In addition to photographing the event itself, Nowell was given the opportunity to display some of his previous work—pictures of Alaska’s scenery and Indigenous peoples he had taken after migrating to the area during the Yukon Gold Rush. The contents of these albums include some of those highlights, ranging in date from 1900 to 1909.

The album I’m working on now is rich in a broad range of  imagery, giving a sense of life in and around Nome during the period—with photographs of landscapes, mining scenes, town life, and Indigenous people. Although we know nothing about Nowell’s personal relationship to his subjects, the portraits that survive from this period do focus heavily on Native peoples. Nicolette Bromberg explains this as an artifact of the US tourist trade (p.21). She says, “His studio advertisements often included the statement that he specialized in Eskimo* photographs. Nowell had the advantage of starting out at a time when people were used to having photographs of their travel experiences...Nowell’s photographs of the local Eskimos provided a look at a culture perceived as exotic and captured a sense of ‘otherness’, considered the essence of travel.”

Treatment steps include removal of the many tapes that have secured the photos to the pages. We normally try to keep albums intact, without disturbing the pictures on the pages, but in this case the brittle paper was too dangerous to handle without also risking harm to the photos. The tapes also detracted from the beauty of the images. Because we couldn’t keep the album in this state, we scanned every page prior to treatment with the help of Joe DiLullo, our Reference and Digital Services Specialist.

Using a small electric spatula that can hold a low temperature, I found I could successfully remove the top two layers of the tapes. The sticky adhesive residues are then readily swabbed away with an organic solvent, leaving the photo surface clean and retaining an even gloss.

Once all of the photos are removed, they will be re-mounted onto good quality paper, replicating their existing placement on the original album sheets. To create a new mounting system, the single most important factor a conservator considers is whether the new materials can be easily removed from the collection items, if necessary, in the future. My idea to support this concept was to visually “float” the photos, as if they were pasted directed to the new paper—but to do this in a way that would be easy to undo. The photographs will first be hinged using Asian paper and pure wheat starch paste. The hinges will be tucked behind the photos to create a “V” shape, and the second half of the hinge will be pasted onto the new paper below. The new paper will be Mohawk Via in Warm White—a heavy-weight, smooth, acid-free paper which is crafted to be enduring as well as beautiful. This paper line also ranks on the higher side in terms of being kind to the environment. The paper contains at least 30% recycled fiber, is processed without chlorine, and is certified for responsible forestry of the virgin fiber content.

* Please note that, for some Native Alaskans, the term “Eskimo is considered pejorative. For more information see “Why You Probably Shouldn’t Say ‘Eskimo.”