November 12, 2021
Share
Tierrany Keahna (Meskwaki) earned her BA in History from Coe College and came to the APS in the summer of... END_OF_DOCUMENT_TOKEN_TO_BE_REPLACED 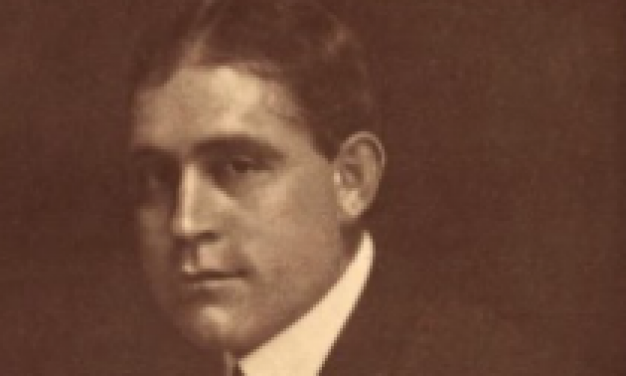 When I arrived at the American Philosophical Society (APS) I was unsure of what exactly I would be researching. As a member of the Sac & Fox Tribe of the Mississippi in Iowa, also known as the Meskwaki, I knew I wanted to research something aligning with my tribe. So I started with a general search for anything related to my tribe. There was quite a bit of material that popped up, so I requested everything. Not everything was available to look at due to the ongoing renovation of the archives, but with what material was available, I started looking for my topic. The first thing that I looked at were Meskwaki postcards from the Frank G. Speck Collections. While these postcards were very interesting and had significance to my tribe, I wasn’t exactly sure how I could turn them into a research topic.

The next piece that I looked at was a work called the Ethnography of the Fox Indians by William Jones. This work was very interesting as it contained a lot of information that I knew personally. I also noted that some of the information contained in the book, to my knowledge, should not be discussed outside of our tribe. So I began to wonder how this anthropologist got all this cultural information. I then looked at another book, the 40th Annual Report of the Bureau of American Ethnology, which contained several works written by Truman Michelson, an anthropologist who studied Algonquin language. It was then that I made an interesting discovery. Michelson mentioned an anthropologist by the name of William Jones. This is the same William Jones whose book I looked at just before. So this prompted me to Google search and I discovered that William Jones was a member of the Sac and Fox nation. Although I am a member of the Sac and Fox nation, I had no knowledge of this Fox anthropologist who spent quite a bit of time in my home community. Since I knew next to nothing about William Jones, I decided to look at this life to learn how this Indigenous man got to his position in the anthropological world.

Upon researching Jones’ life, I made three interesting discoveries. First, Jones’ manuscripts that were taken during his time with the Fox people were sealed, and not to be opened until after the older members of the tribe “went to their forefathers.” Secondly, after Jones’ early death while doing field work in the Philippines, many of his notes from his time spent with the Fox people were missing and were only discovered after the death of his father, who believed that information his son learned had been due to his own friendship with the Fox. And lastly, that the Ethnography of the Fox Indians was published after his death. Upon further inspection of the Ethnography of the Fox Indians, it is stated that the editor Margeret Welpley Fisher searched for said manuscripts but could not find them. I find this whole situation to be very interesting, in that this material was still published when there was a manuscript from Jones not to do so until a certain time.

I am extremely grateful that I was able to learn something new about my tribe. And being able to share this new found knowledge with them, as I am sure that there are very few from my tribe who know the significance of William Jones and the connection he had to the Meskwaki people. Throughout this research I also made some family discoveries. I discovered that my great-great grandfather was one of the main contributors to anthropologist Truman Michelson’s work when he was on the settlement. Being able to make these family connections is not something that everyone has the opportunity to do. There also may be another research possibility with the Meskwaki postcards found in the Frank G. Speck collections. My hope is to continue with either or both of these research projects in the future as they both have great significance to the Meskwaki people.