The Scientific Pursuits of Deborah Franklin

Janine Yorimoto Boldt is the 2018-2020 Andrew W. Mellon Foundation Postdoctoral Curatorial Fellow. She is lead curator for the 2020... END_OF_DOCUMENT_TOKEN_TO_BE_REPLACED 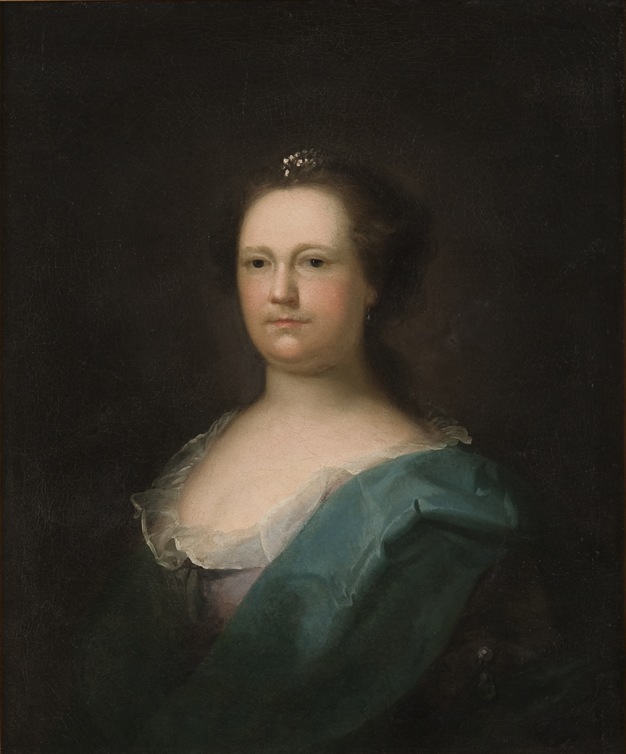 When I began researching for the upcoming exhibition, Dr. Franklin, Citizen Scientist, I admittedly knew relatively little about Benjamin Franklin’s wife, Deborah Read Franklin (d. 1774). However, I wanted to include Deborah in the exhibition and so I began researching her life with the intent of figuring out how her story could fit into an exhibition about Benjamin Franklin and science.

Unfortunately, many of Deborah’s letters to Benjamin have been lost. When Deborah appears in scholarship about Benjamin’s science, she is usually represented as a scared or annoyed wife asking him to disable his noisy electrical apparatus. This representation is based on a letter Benjamin sent her from London on June 10, 1758. The letter refers to the bell system that Benjamin erected in their Philadelphia home. When an attached lightning rod was electrified, bells would ring.

Benjamin wrote: “If the ringing of the Bells frightens you, tie a Piece of Wire from one Bell to the other, and that will conduct the lightning without ringing or snapping, but silently. Tho’ I think it best the Bells should be at Liberty to ring, that you may know when the Wire is electrify’d, and, if you are afraid, may keep at a Distance.” The letter in which Deborah presumably asked Benjamin for instructions to quiet the bells has been lost. We do not know exactly why she wanted them silenced (though, really, the noise alone seems a good enough reason to me).

Sometimes Deborah’s role as a mediator between Benjamin’s scientific correspondents is acknowledged. When Benjamin was away from home, she facilitated the delivery of letters and specimens between him and his contacts, including Peter Collinson of London and John Bartram of Philadelphia. This was certainly an important contribution to Benjamin’s scientific practice. But I still wondered, did she have scientific interests of her own? During my research, I learned many new things about Deborah, but two things in particular shed light on her scientific practice.

First, Deborah’s mother, Sarah White Read, made medicines. The evidence for this comes from Benjamin’s August 19, 1731 issue of The Pennsylvania Gazette, in which he advertised her “well-known Ointment for the ITCH, with which she has cured abundance of People in and about this City for many Years past.” She also made “several other Sorts of Ointments and Salves.” These were sold at the Franklin shop. Moreover, she’d been making these medicines for years. This is the type of knowledge that was often passed down from generation to generation. Deborah very likely helped her mother make these ointments. Admittedly, we do not know if Deborah enjoyed making medicines, but she probably knew the recipes and likely dispensed medical advice when she sold the ointments in the Franklin shop.

The second thing, which is far more complicated and disturbing to modern readers, is that sometime between 1757 and 1762 while Benjamin was in London, Deborah sent him hair from an enslaved “white negro child’s head, by way of curiosity.” This child had a genetic condition that we now call albinism. The public display of people, particularly enslaved people, whose appearances were considered unusual, was relatively common in the 18th century. Their bodies were displayed as curiosities and examined in an attempt to understand the origins and causes of human difference. Deborah chose to attend one of these human displays that took place in Philadelphia and took it upon herself to acquire some of the youth’s hair and send it to her husband. We know this because the Philosophical Transactions of the Royal Society of London mentioned it in a 1765 article about the child. Deborah knew that Benjamin and his London colleagues would find this “specimen” interesting, which means she had at least some awareness of the contemporary scientific debates regarding human origins and racial differences.

What motivated Deborah to attend this event? Did she attend with anyone else? Did her letter include her own description of the child or her own theories about human difference?

Deborah Franklin is not always treated very well by historians or fans of Benjamin Franklin. Some people have suggested that she had few intellectual interests and that if she had been more interesting, Benjamin would not have “abandoned” her. I hope that this post and these stories present a more complicated picture of Deborah and show that she had scientific pursuits of her own — they were just not well recorded.