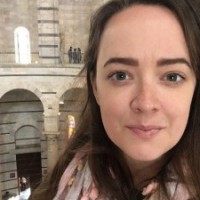 Bethany Farrell is an art historian and digital humanist with a Ph.D. from Temple University. Before starting in this role... END_OF_DOCUMENT_TOKEN_TO_BE_REPLACED
Tags
RevolutionaryPHL 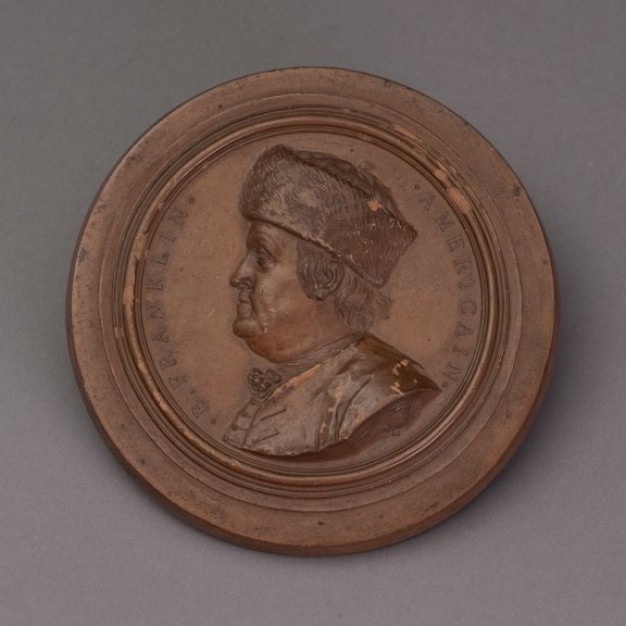 Header image: A medallion with a profile portrait of Benjamin Franklin made in 1777 while he was a diplomat in France. APS.]

For me, the first three months on the Revolutionary City Project were allotted to the mammoth task of digitizing and creating the metadata for a portion of the Franklin-Bache collection. Within temporal scope for RevCity are over 750 objects, primarily letters sent to Benjamin Franklin while he was plenipotentiary for the United States in France. Most of these documents are related to Franklin’s diplomatic work—receipts, bills, and accounts. Party invitations and thank you notes, mostly written in French, abound in the collection. Additionally, many documents are extracts or minutes from Congress, presumably to keep Franklin up to date on resolutions and other acts. Although many of the documents seem ancillary to revealing Revolutionary Philadelphia, within the documents, often found as quick notes at the end of letters, are information that enriches and enlivens our understanding of what it was like to live through a war in the city. These jotted lines are what kept me going even during the most dreary of metadata entry days.

In 1777, while Philadelphians anxiously watched British troop movements and the campaign to take their city, Franklin’s daughter and son-in-law had other things on their minds. Sarah (Sally) Franklin Bache was pregnant, and this pregnancy caused an issue. At the beginning of the year, Sally and their children had left Philadelphia. However, where she was staying, Goshen in Chester County, was not ideal for her “lying-in,” the period of time when a woman was secluded before and after birth. Sarah’s husband Richard wrote about this concern to Franklin in the summer of 1777, “I purpose in a few days to bring my family to Town, Sally expects to lay in about the middle of August, she cannot be accommodated on this occasion where she now is.” Sarah and Richard needed to make a risk assessment: keep her and the children out of Philadelphia and the perceived danger of the city, or risk Sally giving birth without adequate support. Ultimately, Sally would give birth to her first daughter to live past infancy—Eliza—in Philadelphia. Two days later, the family would flee the city for Lancaster.

Concerns over health and care extended beyond pregnancy. Amongst the letters sent to Franklin by Richard and Sally are references to experiences with smallpox. Franklin had first hand experience with smallpox. His son, Francis Folger Franklin (Frankie), died at age four before he was inoculated against the disease. Consequently, although far away and busy as a diplomat, the notes Richard and Sally wrote about their children’s experiences with smallpox would have greatly mattered. In one letter, Sally informs Franklin that one of her sons recovered from smallpox. But in perhaps a more interesting document, Richard writes to Franklin that Deborah Franklin Bache, who he calls “Little Debby,” (after Franklin’s wife Deborah) had successfully gone through the inoculation process.

Health and the life of the family mattered even during war, but scientific inquiry was also a common topic in letters to Franklin. David Rittenhouse, a member of the important Philadelphia family who had established their wealth through papermaking in the late 17th and early 18th century, was a member of American Philosophical Society and a scientist. His interests were diverse, but his primary discoveries were related to astronomy. Rittenhouse wrote to Franklin with a description of a meteor that had fallen on October 31, 1779. He described its trajectory and wrote that it had a “bright trail of light of a fine silver colour.” Rittenhouse concluded that it fell in the Ouasiola Mountains, which he declared was a relief as “tho’ it may have made a most glorious appearance at a distance [...], yet from its prodigious magnitude it must have been very terrible, & perhaps destructive[...] Had this cataract fallen on the plain whereon Philadelphia stands, half its inhabitants would probably be drowned.”

Beyond calculating the landing of a meteor, other Philadelphians desired to continue increasing their access to knowledge. Michael Hillegas illustrates this desire in a 1782 letter to Benjamin Franklin. The primary portion of the letter requests aid from Franklin for a widow who desired assistance in getting her son released from Mill Prison in England. However, Hillegas also inquired for “a particular friend of mine” how much a set of Encyclopedias, one in a “handsome binding,” can be purchased for in France. This friend of Hillegas’ also wanted to know whether the Histoire des Arts et Mettiers, “differs materially from the Encyclopedia.”

Often while reading these letters, I was struck by how contemporary they feel. As a pandemic and wars surround us in 2022, people still attend to their lives, their families, and their interests. Babies are born and vaccinated. Scientific discoveries and the observation of meteorological events happen. People continue to purchase items and desire to do price comparisons. Our lives seem very similar to those living in Revolutionary Philadelphia. The Revolutionary City Project eases access to these moments in Philadelphia’s history that parallel our own experiences. Reading these documents reminds us that even during some of the most seismic historical events, the very stuff of life doesn’t stop.