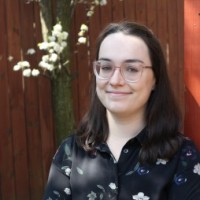 Molly Nebiolo is a 5th year Ph.D. candidate at Northeastern University and a Friends of the APS Predoctoral fellow for... END_OF_DOCUMENT_TOKEN_TO_BE_REPLACED 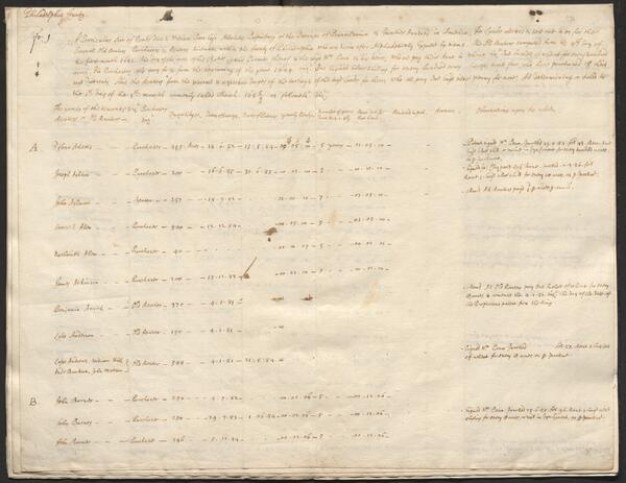 Last spring, as part of the Open Data Initiative at the Center for Digital Scholarship, I worked with some of Philadelphia’s earliest, and possibly one of the only remaining, quit rent rolls, a collection of manuscripts with settlers’ rent and tax details. These rolls were useful to my own research about early American urban space and the way health influenced the construction of cities. Now the data from the quit rent rolls has been digitized here and transcribed into an open source dataset, I have found these 23 pages of rent data to be extremely insightful about the first decade of colonization in Philadelphia county.

Quit rents were fees collected by the proprietor of the colonies, in this case William Penn, to reinforce power and ownership over the land rented by farmers and, more importantly, they also represented a way for the English crown to keep hold over the colonies. The process of quit rents never sat well with the inhabitants of the colonies because the process of documenting and collecting rents was haphazard. With the APS quit rent rolls, we see this history clearly.

Of the 326 data points, or quit rent transactions, 259 distinct names and 4 labelled societies bought land. Based on the records, these 259 people seem to account for all, or most, of the quit rent transactions that happened in the early 1680s, which was probably not true for the size of the population in the late 1680s. Yet the dates of purchase and the dates of land survey are missing for a large portion of the dataset. “Old Renters”, or those who were the first to rent land in the 1681, appear in these quit rents, even though they are supposed to cover the years 1688 and 1689, and usually their names were the only information written down. In the Observations section, the author notes who signed the quit rent enrollments, the date they were signed, which lot was given to the renter, and how much their rent would be. Often, rent was 1 silver English shilling per 100 acres, but some instances show that renters could pay with either equivalent coin, or even with bushels of corn. This disjointed dataset paints a more detailed picture of the hodge-podge nature of controlling rents.

There are other parts of the quit rent roll data that provide a snapshot into the world of early Philadelphia. Women appear occasionally in the dataset as purchasers or renters of plots of land, sometimes purchasing multiple lots, as is the case of Sarah Fuller with three lots purchased under her name. Indeed, even some of the remaining Swedes who were living along the Delaware when Penn was given the colony appear in these rolls, too. Additionally, there are various instances of renters taking on the quit rents from other people mentioned in the document, which has us glimpse at the interrelations between families as they colonized the Philadelphia area. These rolls, which might be some of the oldest surviving documents of these early quit rents, present information that can help us understand the urban, cultural, social, and commercial histories of early Philadelphian settlement.