March 13, 2020
Share
Melanie Rinehart holds a B.A. in History from Sweet Briar College and her M.L.S. from Indiana University, Bloomington. As an... END_OF_DOCUMENT_TOKEN_TO_BE_REPLACED 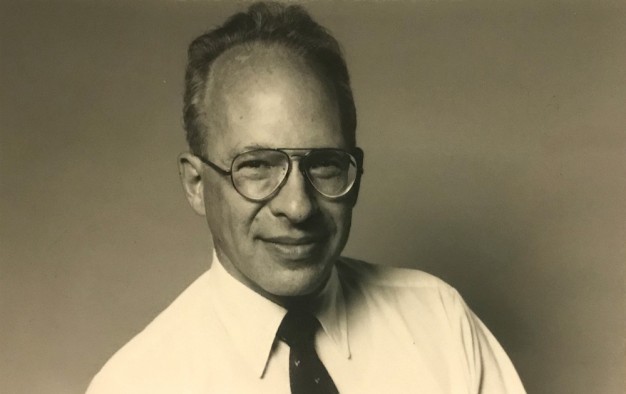 Archival collections do not spawn, fully processed, from the open lid of a Hollinger box. An archivist’s intercession is required to turn accessioned materials into a usable, accessible collection. My current project, the Richard Garwin Papers, is a massive undertaking at over 190 unprocessed linear feet; this blog is a short introduction to the physical collection and the first steps I took during processing. Further entries will delve into my arrangement choices and interesting materials as I find them.

Richard Garwin’s papers are a fascinating and rich insight into 20th-century science. An American physicist best known for helping develop the H-Bomb as Enrico Fermi’s graduate student at the University of Chicago, Garwin went to work for IBM in 1952 while continuing to consult for the United States government. He was involved in high-level national security councils for presidential administrations from Dwight Eisenhower through Barack Obama and was a founding member of the government consulting group JASON. During his long career, Garwin was also deeply involved with anti-nuclear organizations such as Pugwash.

Garwin’s time at IBM led to the development of, among 47 filed patents, nuclear magnetic resonance techniques used in MRI machines, laser printers, touch screen monitors, and eye-tracking technology. Materials related to all of these inventions, including his background research and collaboration with other scientists, are now in the American Philosophical Society holdings. During the Reagan administration, he was a vocal opponent of the Strategic Defense Initiative, also known as Star Wars, working with Carl Sagan and other scientists to keep space demilitarized. He was elected to membership of the Society in 1979, and his papers were donated starting in 2014. These papers cover every aspect of Garwin’s career and research.

Before diving in to rehouse and rearrange materials, I needed to know what exactly was in the collection so as to best approach it. The easiest way to do this was to complete what archivists call a survey and create a summary inventory to reference throughout the project. This inventory included creating box numbers and a contents note for each box in an Excel spreadsheet. When I completed this survey, which took around a week and a half and 183 Post-It notes, I was left with a clearer idea of what I was dealing with and how I wanted to arrange what was boxed up on the shelves in front of me.

The bulk of the physical collection is 31 years of correspondence files from Garwin’s time at IBM, currently totaling around 93 linear feet, not including the microfiched letters, which cover 1952-1981. Garwin’s personal correspondence “of note” adds an additional several linear feet, for a correspondence series that will expand to over 200 linear feet when rehoused. I expect processing this collection to take until next winter, and I look forward to sharing updates from the manuscripts processing area.