October 28, 2022
Share
Jessica Frankenfield is the Programs and Communications Officer at the APS. She holds a M.A. in History with a certificate... END_OF_DOCUMENT_TOKEN_TO_BE_REPLACED 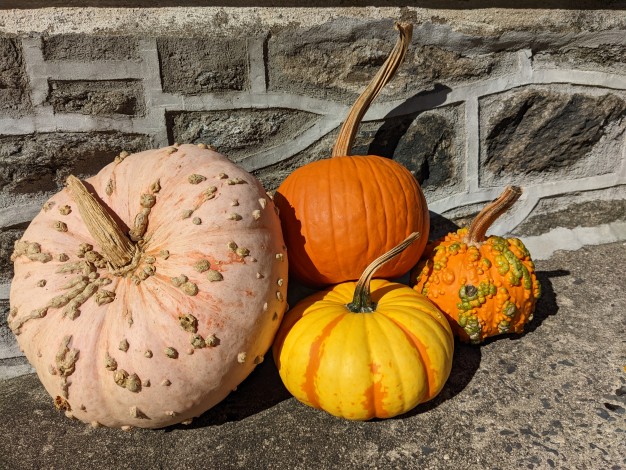 Love it or hate it, pumpkin beer’s appearance on drink menus is a perennial sign that fall has arrived. Today’s pumpkin beers are usually brewed with a traditional grain mash including barley, corn, or wheat, and finished with pumpkin and spices like cinnamon, allspice, and cloves at the end of the brewing period. A recipe submitted to the American Philosophical Society in 1771 had a different, but resourceful, method of using pumpkins for brewing beer.

American colonists experimented with uses for plants native to North America, often relying on Native American expertise and adapting techniques they brought from Europe. In 1771, one anonymous correspondent wrote to the American Philosophical Society from Buckingham County Virginia, citing his “love [of] mankind in general and America my country,” hoping that “the enclosed receipt may be of use to any of our fellow creatures.” His recipe for “pompion ale” differs from modern pumpkin ales and most 18th century ales because it is made like a wine or cider, relying on the pumpkin’s  juice as the main ingredient.

“Let the Pompion be beaten in a Trough and pressed as Apples. The expressed Juice is to be boiled in a Copper a considerable Time and carefully skimmed that there may be no Remains of the fibrous Part of the Pulp. After that Intention is answered let the Liquor be hopped cooled fermented & as Malt Beer.”

The author offers that many who tasted the resulting ale confused it for malt ale, though he acknowledges that he did not love the flavor, “being no lover of malt beer he considers he did not like it himself on account of their similitude of taste and flavor.” The pumpkin ale left an aftertaste or “twang” and “the novelty of that taste may displease at first but he believes the taste of hops and a hundred things in daily use were at first as offensive.” The method could also be adapted for other fruits. The letter notes, “A very palatable liquor may be made from peaches in the above manner with or without hops.”

While the recipe was ultimately not published in the Transactions of the American Philosophical Society, it would not have been out of place in the early issues of the publication. The APS gained early recognition for scientific research like David Rittenhouse’s account of the Transit of Venus and Benjamin Franklin’s documentation of the Gulf Stream, but the Society’s mission of pursuing useful knowledge extended to many fields. The first volume of the Transactions included “Mathematical and Astronomical Papers,” “Medical Papers,” and “Essays on Agriculture,” with papers on saving seeds, curing figs, making wine, and distilling spirits from persimmons.

Benjamin Franklin’s papers at the APS contain a recipe for another beer that was more popular in the colonial period- spruce ale. The recipe, copied down when Franklin was in France, uses spruce essence to flavor the ale. The television show Moonshiners visited the APS to learn more about this recipe. Watch here.