May 17, 2018
Share
Will Fenton was the 2017–2018 Elizabeth R. Moran Fellow and recently completed his Ph.D. at Fordham University where he specialized... END_OF_DOCUMENT_TOKEN_TO_BE_REPLACED
Tags
diary project 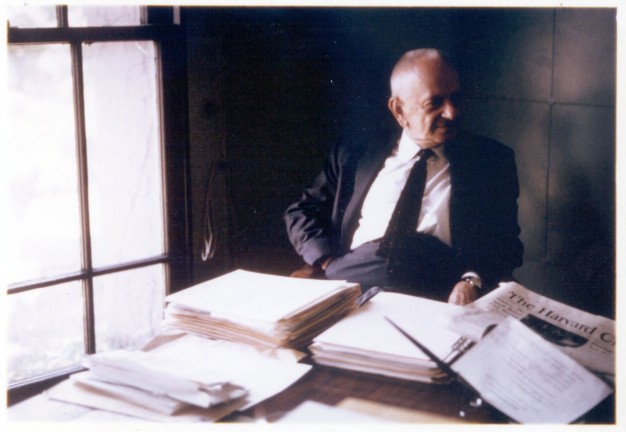 When he wasn’t reshaping the fields of genetics and evolutionary biology, Theodosius Dobzhansky (1900-1975) maintained a diary that spanned from the Great Depression to the Oil Crisis (1934-1975). Across some 47 diaries, Dobzhansky discussed his research and travel, the opposition to teaching creationism, his (forced) retirement from Columbia University, and even Brazilian politics. U.S. readers will discover entries that hit closer to home: his accounts of Richard Nixon.

Shortly after the 1970 midterm elections, Dobzhansky bemoaned growing reactionary sentiment. “The political situation continues to be a depressant,” he wrote on November 11, 1970. “It seems inevitable that my life will be finished during a stretch of political reaction. Alas! But then, an individual’s life work is in part independent from political even in a democratic country.”

It is 46 years and 4 days since Natasha and myself came to USA on a foggy morning of December 27, 1927. Of the 46 years in this country, this year saw the greatest adverse change, excepting the war declaration. Never did I feel such a contempt for the government headed by a crook…And this is the end of the historical epoch when USA was a land of limitless resources and greatest power. The almighty dollar is no longer almighty; tomorrow begins the permanent daylight saving time; the 55 miles speed limit; limitation on buying gasoline. And this is doubtless only the beginning! The end of my days will be amongst at least relative scarcities.

For those who might draw contemporary parallels, Dobzhansky’s diary offers glimmers of hope. Writing on August 8, 1974—one year before his death—Dobzhansky celebrates what he calls a high mark for democracy, Nixon’s resignation:

What a day—the news of Nixon’s resignation! And it was less than 2 years go this sinister crook was at [that] time well known to be a crook, was elected by two-thirds of the American electorate. A bad recommendation for democracy which do that. And yet today’s event is a high mark for the same democracy—a crook can eventually be kicked out. This cannot happen in a communist dictatorship, where Watergate would never become known, and if it were know[n] would be considered a normal government measure. Anyway, I was fearful that I will not outlive Nixon’s presidency. I did outlive him. But for him—sic transit gloria mundi; though he is crook, what a fall from what a height.