July 18, 2022
Share
Processing archivist, page in the reading room. Prior to relocating to Philadelphia from the Boston area, was the curator of... END_OF_DOCUMENT_TOKEN_TO_BE_REPLACED 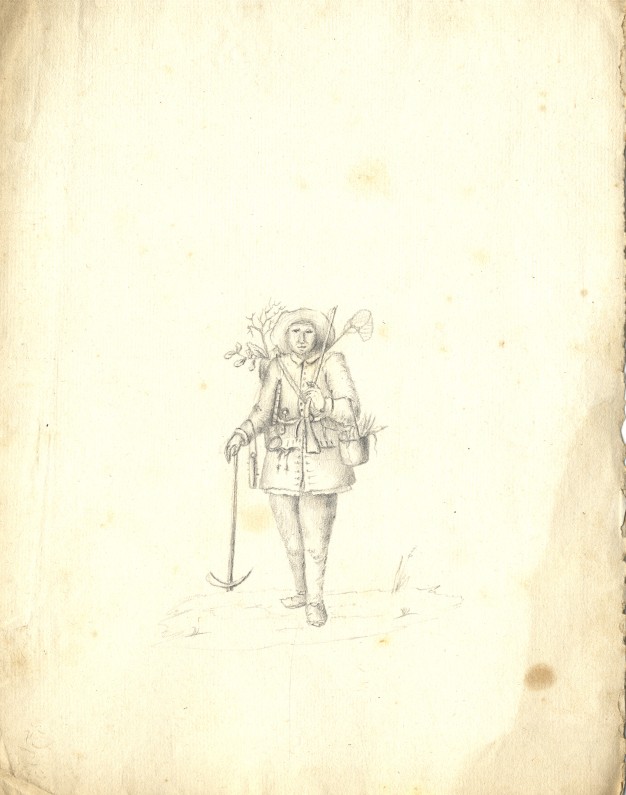 The Duhamel du Monceau/Fougeroux de Bondaroy Papers, currently held in the American Philosophical Society’s vault, include botanical drawings that are enjoyable to look at for their whimsy as well as their wonderful 18th-century detail. One of my favorites is an original drawing of a putto washing a saffron crocus bulb. In the 1720s, the French Royal Academy of Sciences commissioned polymath Duhamel du Monceau to investigate the demise of saffron crocus in Gastinais, France. The plants were variously used: medicinally, as a spice in cooking, as fodder, and as a dye in paint. They were such an important crop that growers called the blight aggressively attacking the plant’s root system “the death”.

Although he was not a member of the Academy, Duhamel du Monceau was recommended by his friend Bernard de Jussieu, having become acquainted with him while studying at the Jardin du Roi in 1721. Known for his inquisitive mind, du Monceau studied and wrote articles on agriculture, metallurgy, meteorology, sylviculture, pomology, as well as ship building and design for the Royal Navy. In addition, he was one of the editors of the magnificent volumes, Descriptions des Arts et Metiers, of which APS has a full set.

The putto image, which was not included in du Monceau’s 1728 report to the Academy, is in a folder along with two other drawings. He told the Academy that he had observed hairy, reddish brown glandular bodies inside the bulbs, where violet, yarn-like “killing” threads pervaded the soil. He further believed the glandular bodies were a separate parasitic plant that fed itself at the expense of the saffron bulb. He told them he believed the culprit causing “the death” was a soil-borne fungus capable of spreading from bulb to bulb. Notice the putto is washing the fungus off the bulb; however, this was not Duhamel du Monceau’s recommendation to the Academy. Instead, he noted that at the early stages of exposure to fungus, crocus bulbs could be rescued by peeling and exposure to sunlight.

His conclusion that the affected saffron bulbs suffered under the tyranny of a fungus was a new concept for the Academy to contemplate, as nobody had noticed contagious epidemics in plants before.