July 16, 2019
Share
Processing archivist, page in the reading room. Prior to relocating to Philadelphia from the Boston area, was the curator of... END_OF_DOCUMENT_TOKEN_TO_BE_REPLACED 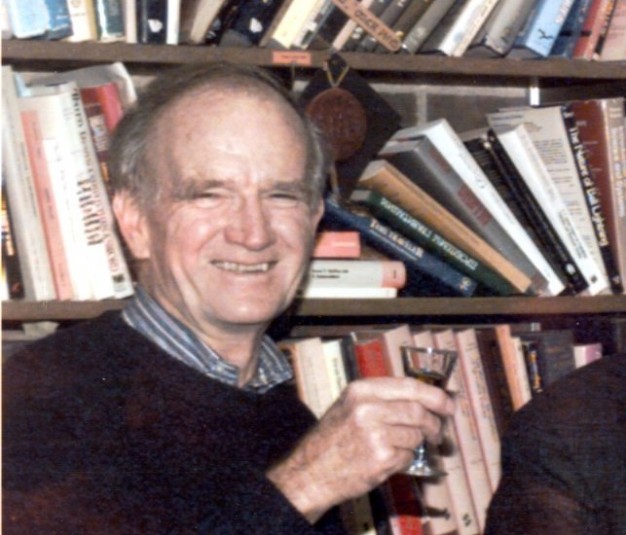 If you want to know why the collision of matter and antimatter has not destroyed everything in the universe, then you may want to have a look at the Val Logsdon Fitch Papers.

When Val Fitch was a graduate student at Columbia University (1948-1954) in pursuit of becoming a particle physicist, James Rainwater handed him a paper by John Wheeler on determining nuclear radii via x-rays from captured muons and said it might make a good thesis topic. In order to run experiments, Val had to build electronic instruments from scratch, since nothing was available commercially. He built scintillation counters, trigger circuits, sodium iodide photon detectors, and a pioneering multichannel analyzer. The results of these experiments found that atomic nuclei were half as big as physicists had thought.

Val and James Cronin received the Nobel Prize in 1980 for their discovery of CP (charge parity invariance) violation that revealed a surprising imbalance in the laws of nature. The 1964 experiment proved that certain subatomic reactions do not adhere to fundamental symmetry principles. In about 50 cases, the mesons (hadronic subatomic particles composed of one quark and one antiquark, bound together by strong interactions) decayed in a way that was forbidden if nature did not discriminate between matter and antimatter. As Dr. Cronin later explained it in an email, the mesons decayed about 0.3 percent faster into a configuration that included the antiparticle of an electron, called a positron, than they did into one that included an electron. Specifically, Dr.Fitch and Dr. Cronin proved, by examining the decay of kaons (k mesons), that a reaction run in reverse does not merely retrace the path of the original reaction, which showed that the interactions of subatomic particles are not invariant under time reversal.

As an archivist, I’ve processed a wide range of collections. Deciphering the provenance of 18th-century drawings separated from their collections was almost as challenging a puzzle as comprehending Val’s particle physics, but I’ve learned a lot. I now, for instance, better understand how the phenomenon of CP violation is thought to explain the presence of matter in the universe.

The Fitch Papers also reveal physicists placing bets on the lifetime of the proton with Val as one of the judges.  Look in the correspondence series under John Wheeler and you will find this notarized memorial of when the bet was made (1980) between John Wheeler and William Unruh and when the judges would determine who won (1990). 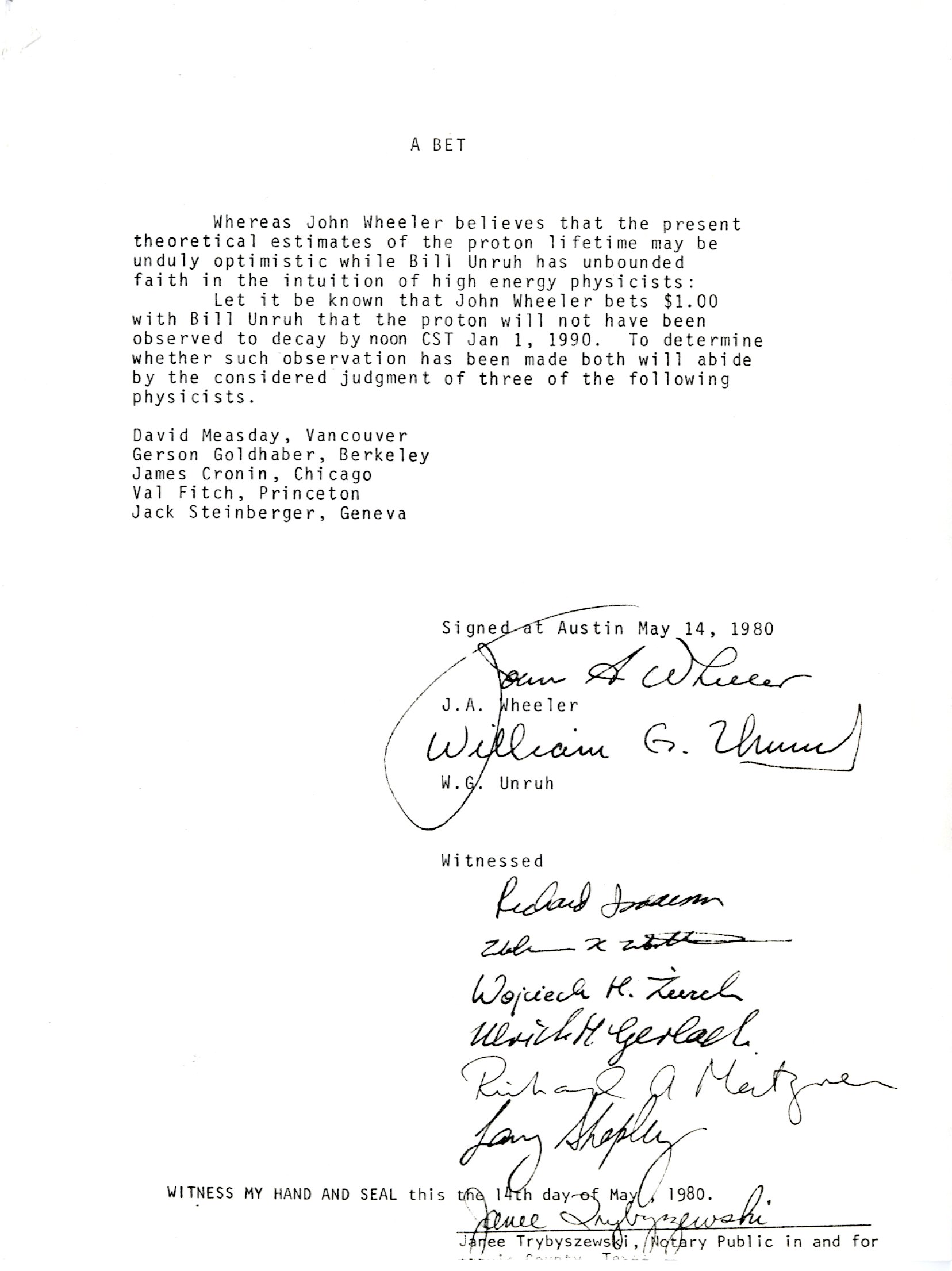 Also within the correspondence you can find a request from baseball fans in New York City for Val to explain whether or not a rising fastball thrown overhand by a major league pitcher actually rises. He takes their question seriously and provides an explanation complete with equations. 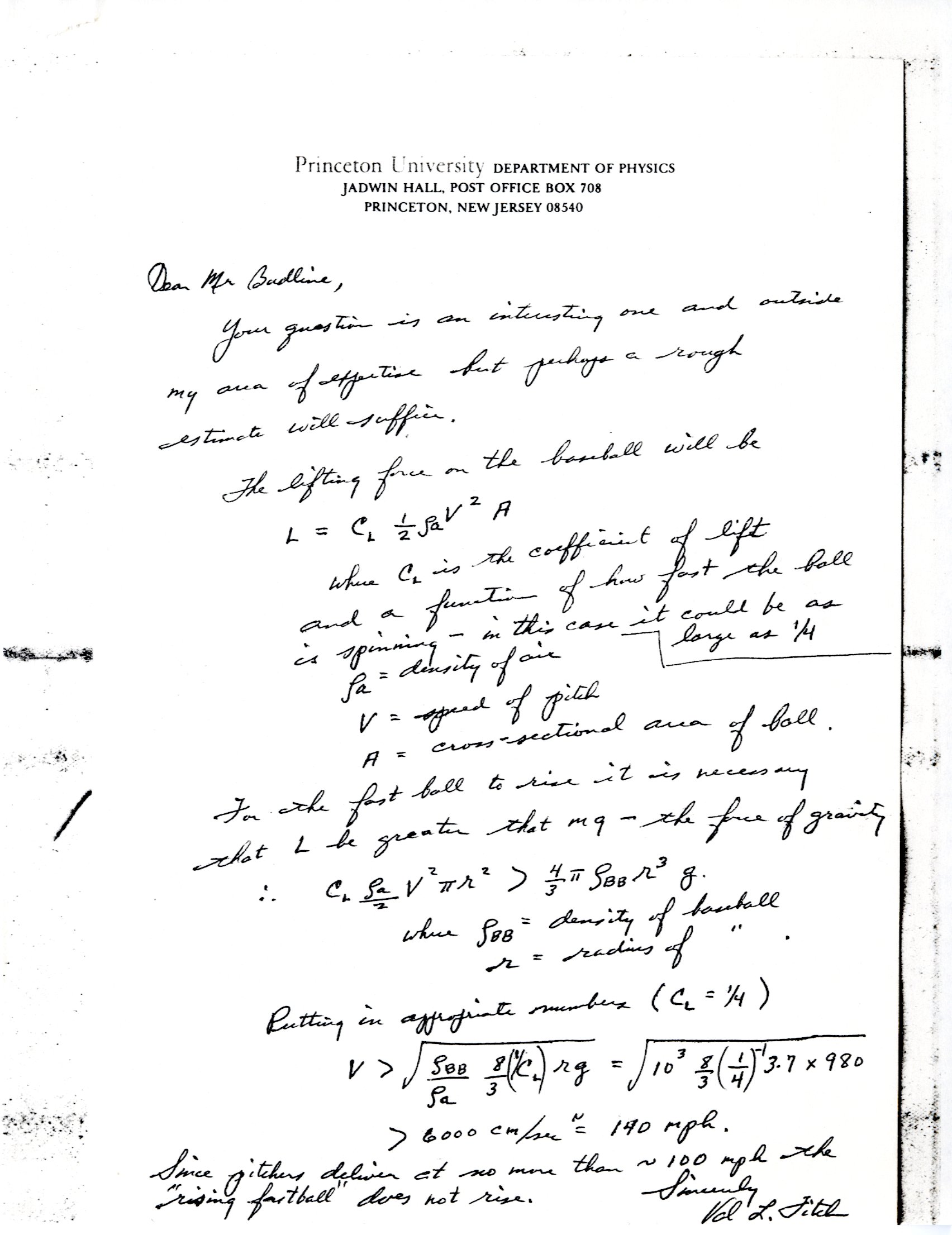 After processing his papers, it was evident that Val embraced cosmic questions, made time for the non-scientist, and enjoyed the company of others. This picture captures what I imagined his smile may have looked like.