October 28, 2020
Share
Marian L. Christ is Assistant Librarian and Head Cataloger/Bibliographer. She received her MLS from Drexel University and BA from Beaver... END_OF_DOCUMENT_TOKEN_TO_BE_REPLACED 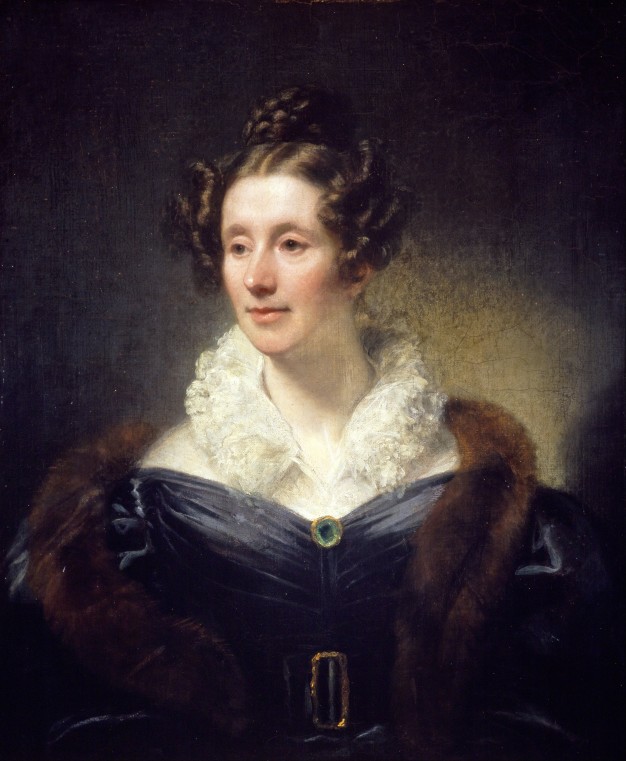 The Library of the American Philosophical Society acquired, in 1975, Mechanism of the Heavens, a translation by Mary Somerville of Pierre-Simon Laplace’s Traité de mécanique céleste, which cemented the translator’s place in the elite scientific community of England. Mary Somerville (1780-1872), the fourth woman elected to the American Philosophical Society (1869), reigned for almost half a century as the most famous scientific woman in Great Britain. Like many other women of her time who distinguished themselves in the literary and scientific fields, she had little formal education. But she combined curiosity and keen observations of nature with an elementary boarding school education to provide the starting point of a remarkable career in the sciences. In an age that ridiculed complex learning for women, she maintained a conventional femininity and devotion to her household, but also taught herself higher mathematics and astronomy. This was her greatest scholarly strength, but her expertise extended throughout the physical and life sciences. And Somerville had the ingenious ability to connect with the era’s leading men of science and involve them as collaborators in the development of her career. She was the first woman to publish experimental results in the Philosophical Transactions of the Royal Society, and the only woman to have her bust placed in that Society’s Great Hall. She was fortunate to find in her second husband, William Somerville, a companion who supported her intellectual ambitions.

In 1831, she wrote Mechanism of the Heavens at the request of the Society for the Diffusion of Useful Knowledge. This was an intimidating task for Somerville, since Laplace’s work generally was considered to have consolidated and extended Isaac Newton’s work in the Principia.  In Personal Recollections …, an autobiography written in her later years, she recalled her reluctance to take on the project: “I am afraid I am incapable of such a task, but … I shall do my very best upon condition of secrecy, and that if I fail the manuscript shall be put into the fire.” The translation Somerville produced changed the course of her future. In it she demonstrated her distinctive ability to communicate her understanding of the intricacies of science and complex mathematics to larger audiences. She took on a number of roles in this ambitious translation: guide, teacher, historian of science, and a revisionist who added full mathematical explanations and diagrams to the Mechanism of the Heavens to make it more comprehensible to English readers than the original work. It eventually was used in advanced courses at Cambridge University. Somerville produced a rendition of the Mécanique céleste which brought her acclaim throughout the scientific world. The Royal Astronomical Society elected her an honorary member together with Caroline Herschel. She also received honorary memberships from the Royal Academy in Dublin, The Bristol Philosophical Institution, and the Société de Physique et d’Histoire Naturelle, Geneva. And she received a pension on the civil list, one of the first government pensions given for work in science.

She wrote four books, the last published in 1869, and throughout her life challenged assumptions about what women could achieve, especially in scientific disciplines. “Age has not abated my zeal for the emancipation of my sex from the unreasonable prejudice too prevalent in Great Britain against a literary and scientific education for women.” The woman whose bust was in the Royal Society’s Great Hall, but who never could be elected to that institution, had her name memorialized in Somerville College, a college of Oxford University, in 1926.