Marching to the Beat of Their Own Drum: Female Camp Followers of the American Revolution 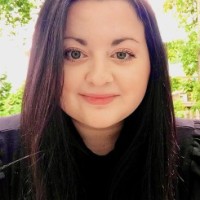 Nicole Skalenko holds a BA in Honors History from Kean University and is currently earning her MA in American History... END_OF_DOCUMENT_TOKEN_TO_BE_REPLACED
Tags
RevolutionaryPHL 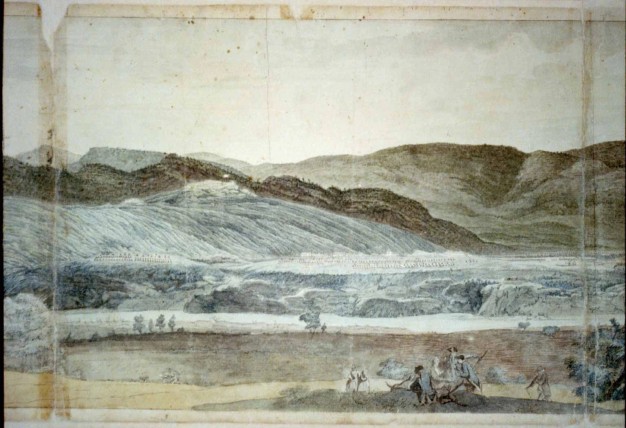 “...as no one saw more clearly than Washington, the army was the Revolution.”
– Robert Middlekauff, The Glorious Cause: The American Revolution, 1763-1789

When we consider the American Revolution and the Continental Army, prominent individuals often come to our minds. Indeed, figures such as George Washington, Alexander Hamilton, the Marquis de Lafayette, and Nathaniel Greene are ingrained in our national consciousness. While these notable military leaders greatly contributed to securing our nation’s independence, it is also essential to recognize other, lesser known people who held significant roles during the American Revolution.

Women are often underrepresented in the historical record, and female camp followers are no different. Some of these women were soldiers’ wives or fiancés, while others were widows, runaway servants, and women who faced poverty and danger due to the war. Many women performed domestic duties for the Continental Army and served as nurses. Others actively engaged with the British on the battlefield, fighting alongside Continental soldiers in defense of the 13 colonies. Quite simply, women played instrumental roles in maintaining the Continental Army.

Concerned over his and the army’s reputation and aware of the legacy he was creating, General Washington often viewed women in the army unfavorably. In his General Orders dated August 4, 1777, Washington claimed the “multitude of women in particular, especially those who are pregnant, or have children, are a clog upon every movement.” He ordered “officers commanding brigades and corps” to rid the army of women who were not “absolutely necessary,” and forbade the “admission or continuance of any” who arrived at camp since its arrival in Pennsylvania.

On August 23, 1777, Weedon documented in his orderly book that the army was to “march in one column through the City of Phila[delphia]” down Front and Chestnut Streets. Recognizing that it was vital for the army to make a positive impression on the citizens of Philadelphia to generate support for the colonial cause, Washington ordered officers to ensure their men “carry their Arms” and “appear without exception” to keep their posts while passing through the City. Under no pretenses was a soldier to abandon the army or quit his ranks, otherwise “he shall receive 30 lashes at the first halting place.” Washington also ordered that a moderate drum beat be played, so the men stepped to it with ease and without “dancing along or totally disregarding the Musick which is too often the case.” Washington added that no women “belonging to the Army is to be saw [seen] with the troops on their march through the City.”

While Washington seldom mentioned the roles of women who followed the army in his General Orders, Aaron Burr did document Washington’s May 31, 1778 request that the “Commanding Officers of Regts. will assist the Regtl. Surgeons in procuring as many Women of the Army as can be prevailed on to serve as Nurses to them who will be paid the usual price.” Not everyone considered women a nuisance in the army, especially the Surgeon Generals who were overwhelmed with the amount of sick and injured soldiers on their hands and required assistance. This demonstrates one example of many important roles these women played throughout the war.

According to Holly A. Mayer in Belonging to the Army: Camp Followers of the American Revolution, the army “not only had the enemy to defeat, it also had itself to control and, as it turned out, to mold.” The army was primarily made up of civilian soldiers who held little to no professional military training, as well as camp followers, who were frequently frowned upon. Washington’s General Orders, in addition to the orders and requests from his most trusted generals, demonstrate the demand of the army’s leadership to make soldiers “not only out of warriors but out of women, waiters, and wagoners.” With the exception of a notable few, women are often erased from cultural and national memory attributed to the American Revolution.

While the roles of strong military figures such as George Washington were important and instrumental in our nation’s history, it is essential to remember that women also contributed essential roles in maintaining the army, establishing a camp community, and securing our nation’s independence. The Revolutionary City: A Portal to the Nation’s Founding will be instrumental in providing access to records of lesser-known historical actors and uncovering the voices of forgotten revolutionaries to a wide audience.

Mayer, Holly A. Belonging to the Army: Camp Followers and Community During the American Revolution. United States: University of South Carolina Press, 1999.