May 20, 2021
Share
Rebecca Cypess is Associate Dean for Academic Affairs at the Mason Gross School of the Arts at Rutgers University and... END_OF_DOCUMENT_TOKEN_TO_BE_REPLACED 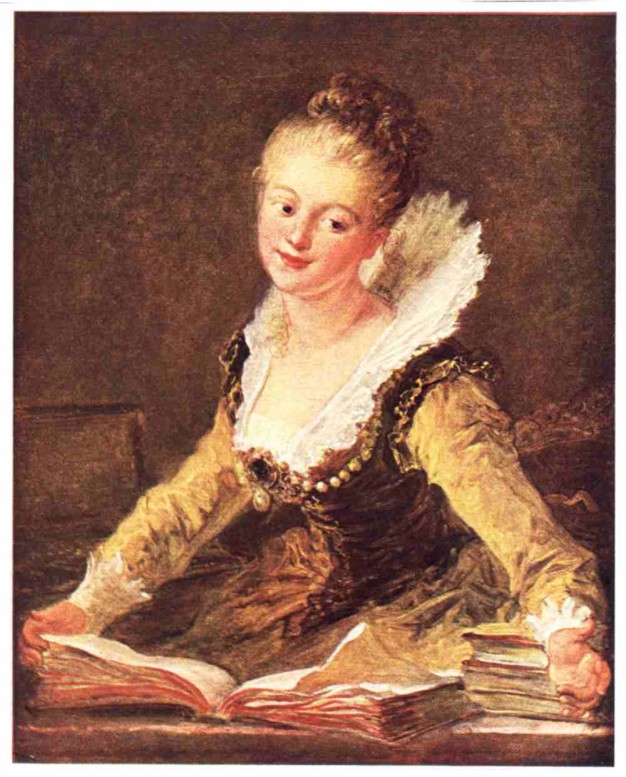 In his fanciful, poignant essay “The Ephemerae,” Benjamin Franklin used a species of tiny insects called éphémères, which live out their entire lives in a single day, as a prompt to reflect on the transience of life. Speaking in the voice of an older éphémère, Franklin concludes his vignette by referring to one of life’s few truly worthwhile pastimes: “To me, after all my eager Pursuits, no solid Pleasures now remain, but the Reflection of a long Life spent in meaning well, the sensible Conversation of a few good Lady-Ephemeres, and now and then a kind Smile, and a Tune from the ever-amiable Brillante.”

The nickname “La Brillante” refers to Franklin’s friend Anne-Louise Boyvin d’Hardancourt Brillon de Jouy (1744–1824), his neighbor in the Parisian village of Passy (pictured above). Brillon was widely known as an accomplished keyboardist and composer. She hosted soirées in her home, entertaining guests in one of the most glittering and highly regarded musical salons in Europe. She welcomed a variety of visitors—men and women, statesmen and philosophers, amateur and professional musicians. Franklin wrote that he visited Brillon “twice in every Week. She has among other Elegant accomplishments that of an Excellent Musician, and with her Daughters who sing prettily, and some friends who play, She kindly entertains me and my Grandson with little Concerts, a Dish of Tea and a Game of Chess. I call this my Opera; for I rarely go to the Opera at Paris.” Written accounts of Brillon’s salon, the surviving scores from her collection, the published music dedicated to her, and—significantly—her own compositions, present a picture of a highly skilled musician and a woman at the center of musical culture in late 18th-century Paris.

Although the manuscripts of Madame Brillon’s musical compositions were acquired by the American Philosophical Society in 1955 and catalogued by musicologist Bruce Gustafson in the 1980s, they have been largely untouched since then. As far as I know, her music has never been recorded, and that is one of the reasons I am excited to have made the recording In the Salon of Madame Brillon: Music and Friendship in Benjamin Franklin’s Paris (Acis, 2021) together with the ensemble that I direct, the Raritan Players. This recording – part of a larger research project on women and musical salons in the Enlightenment – imagines a program of music that might have been heard in the salon of Madame Brillon, juxtaposing her own compositions with works dedicated to her by professional composers in her orbit and works that she owned and played.

In the Salon of Madame Brillon features seven of her compositions that show her at her best. In particular, they demonstrate how she used the rich sounds of her English square piano – still a novelty in France at the time – to create an intimate, sentimental sound world.

One of those is an Andante movement from one of her duets for harpsichord and English square piano, the keyboard instrument that she most enjoyed. These duets reflect Brillon’s interest in new musical technologies – and in her use of those technologies to achieve what she considered a “natural,” unstudied sound. This short movement for harpsichord and piano casts the piano in a leading role, with a sweet, simple melody. She instructs the harpsichordist to play “avec la sourdine”—with mutes—referring to the “lute” or “buff” stop, which makes the harpsichord sound more like a guitar or harp. I had the pleasure of playing harpsichord in the recording of this movement, together with my friend and colleague Yi-hen Yang playing the square piano pictured above (listen here).

A similar type of arpeggiated, guitar- or harp-like figuration can be found in the slow movement of Brillon’s G-minor sonata. The right hand plays a lyrical, songlike melody, which floats above the gentle accompaniment of the left hand (listen here). The second movement is a tempestuous rondo that shows Brillon’s ability to navigate her keyboard adeptly (listen here).

The melodies in these keyboard pieces evoke song, and indeed, they are similar to the songs that Brillon wrote. All her songs are strophic – that is, they set several stanzas of poetry over identical music – and include a fully worked-out piano part (as opposed to a figured bass line, which was more common at the time). Many of the poems that she used for these songs were in circulation in printed anthologies of “Romances”—a genre that evokes the pastoral. The APS holds the manuscripts of Brillon's original songs, which can be found in the Digital Library here: Romances: Musique de Madame Brillon and Romances et Recueil de Canzonnettes.

Jean-Jacques Rousseau described the musical Romance in his Dictionnaire de musique (1768) as possessing “a simple, touching style and a taste that is a bit antique,” with “no ornaments, nothing mannered, and a sweet, natural melody.” In fact, this description captures Brillon’s musical tastes as a whole – she sought what was simple, touching, natural, sweet. What a joy it has been to explore these ideas in her music.

The five songs on the recording are below, together with their texts. I recorded these together with my friend and colleague, soprano Sonya Headlam.

Douce amitié, raison sagesse,  |  Gentle friendship, reason, wisdom,
Vous seule pour qui je vivais,  |  You alone for whom I lived,
Reprenez-moi tous vos bienfaits.  |  Take back for me all your kindnesses.
Ils ne valent pas ma tristesse.  |  They are not worth my sadness.
Ah, gardez-vous de me guérir,  |  Ah, don't try to heal me.
J’aime mon mal, j’en veux mourir.  |  I love my illness; I want to die of it.

Tu crois que mon cœur t’adore,  |  You believe that my heart loves you,
Voyant que je parle encor  |  Seeing that I speak again
Des soupirs que j’ai poussé.  |  Of sighs that I have let out
Mais tel au port qu’il désire  | But it is just as, at the harbor,
Le rocher aime à redire  | The rock wants to recount
Les périls qu’il a passé.  | The perils it has passed through.

Si mon âme était légère,  |  if my soul was fickle,
Mon destin serait plus doux.  |  My destiny was sweeter.
Plus d’une aimable bergère  |  More than one amiable shepherdess
M’a voulu venger de vous  |  Wanted me to seek revenge against you.
Ah! qu’aisément avec d’autres  |  Ah, how easily I would have
J’eusse trouvé mon bonheur.  |  Found happiness with others,
Si d’autres yeux que les vôtres  |  If only other eyes than yours
Aient pu charmer mon cœur.  |  Could have charmed my heart."

The recording In the Salon of Madame Brillon: Music and Friendship in Benjamin Franklin’s Paris was produced through the generosity of the Library & Museum of the American Philosophical Society, the Robert M. Hauser Family Fund, the Mason Gross School of the Arts at Rutgers University, and the Rutgers Research Council.

Rebecca Cypess, Women and Musical Salons in the Enlightenment (University of Chicago Press, 2022)

Two other audio recordings on this subject, also by the Raritan Players, are In Sara Levy’s Salon (Acis, 2017) and Sisters, Face to Face: The Bach Legacy in Women’s Hands (Acis, 2019).