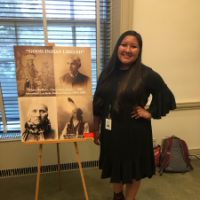 Mowana Lomaomvaya is a member of the Hopi Tribe and is from the village of Hotevilla on Third Mesa in... END_OF_DOCUMENT_TOKEN_TO_BE_REPLACED 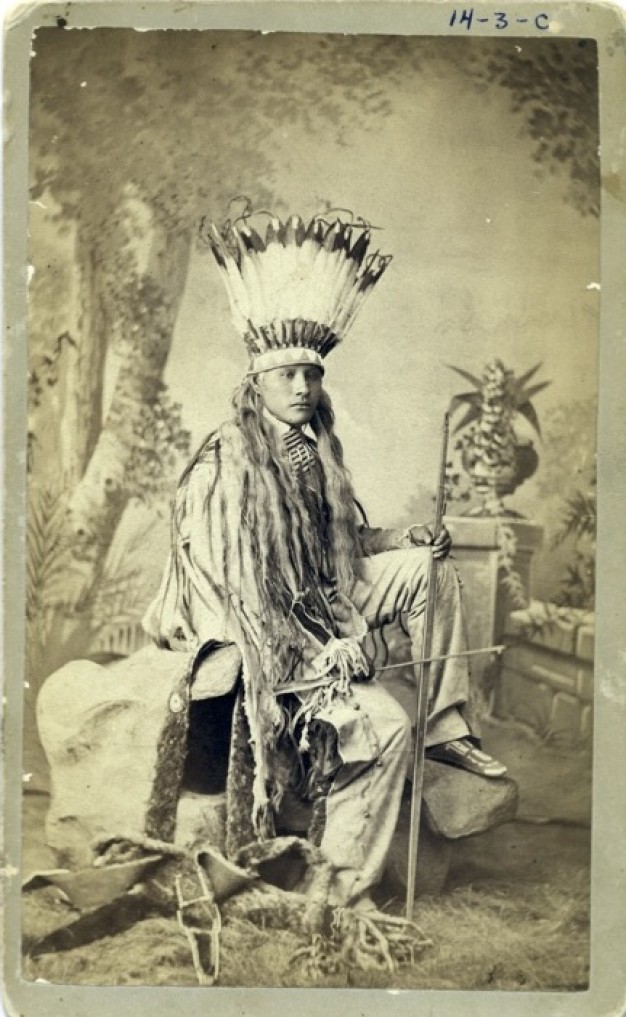 When conducting my initial searches in the archives of the American Philosophical Society (APS), I developed an interest in collections related to Carlisle Indian Industrial School, the first Native American non-reservation boarding school in Carlisle, PA, created by Richard Henry Pratt, a colonel in the military and superintendent of the school. The Speck-Choate Collection at the APS is an assemblage of photos of identifiable students that attended Carlisle in the early 1880s.  My initial research led me to investigate these students using Dickinson College’s Carlisle Indian School Digital Resource Center (DRC). In linking an APS photograph of a student named White Buffalo to a student file in the DRC, I discovered something peculiar. The student file for White Buffalo (Cheyenne) contained his original attendance record at Carlisle from 1881 to 1884, as well as a secondary record of his re-admittance in 1902. The second record noted that the prosecution of a libel case prompted his return. Also included in the file was a newspaper clipping claiming that White Buffalo developed a deep hatred for white men during his time at Carlisle, which prompted the murder of three women at his hands in Oklahoma.

I decided to seek more information about the article and the libel case, and my initial review of newspapers from 1902 proved fruitful as I found more information about the article, which was written by William R. Draper and published in the July 27, 1902 Sunday edition of the North American newspaper. Upon reading other news articles relating to the case, I realized that Draper’s article about White Buffalo was completely fabricated and he never committed these murders. In reading many articles, I was able to establish that a libel suit was brought by the North American editors against Draper for authoring the fake article. I also learned that Colonel R.H. Pratt was involved in the case, providing his support to White Buffalo and the North American editors. My research (with the aid of Alyssa Mt. Pleasant, Program Director for the Native American Scholars Initiative) led me to the Beinecke Library at Yale University, which houses the Richard Henry Pratt Papers and I took a day trip to New Haven, CT to review the collection.

Within the Pratt collection at the Beinecke Library I found dozens of letters between Pratt and lawyers, government officials, and Bureau of Indian Affairs agents regarding the case.  The most amazing find in the collection was the full front page of The North American, featuring the entire article written by Draper. In my previous research I had only found copies that displayed the main article and partial photo, but did not include the title, date, or name of the newspaper.  Finding the full page was crucial to understanding the need for a libel case.

In piecing together the information from the newspapers and correspondence, I was able to conclude that the case was pursued in St. Louis, where Draper was living at the time, and a warrant was issued for his arrest as a fugitive from justice. My research concluded in December 1902, with Draper’s arrest. After his arrest, the presiding judge was unwilling to hold Draper or to hear the prosecution’s evidence.

Researching this libel case provided insight about the type of journalism during this time period, specifically as it relates to Native Americans as frequent targets for similar libelous articles.  In one of his letters, Pratt writes that before the Draper article, there were at minimum fifteen articles falsely accusing Native Americans of crimes. The goal of this suit was to clear the reputations of the North American, Carlisle Indian Industrial School, and White Buffalo.  After the December 1902 decision, it is unknown what happened to the case, whether it was further pursued by the newspaper editors or White Buffalo, but it was powerful in the awareness it brought to the type of fake journalism that was occurring at the time.