December 13, 2018
Share
Jessica Frankenfield is the Programs and Communications Coordinator at the APS. She holds a M.A. in History with a certificate... END_OF_DOCUMENT_TOKEN_TO_BE_REPLACED 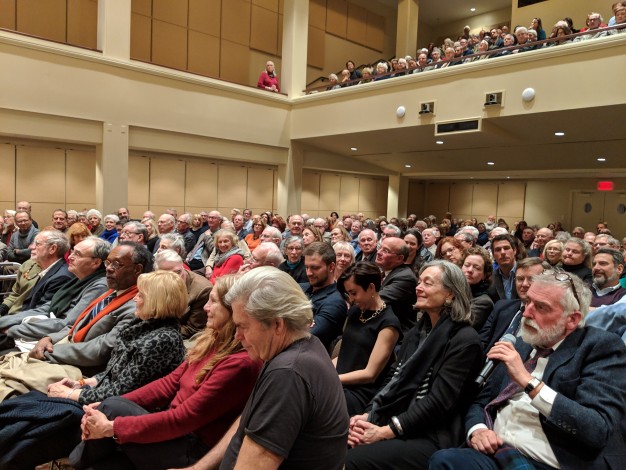 The Fall 2018 public lecture season was packed with events celebrating the Society's 275th anniversary. Many events were inspired by the Society's history or presented by current Members. If you missed any of them, they are all available as recordings. Follow us on Facebook to see our Facebook live videos or follow the link under each event description below. 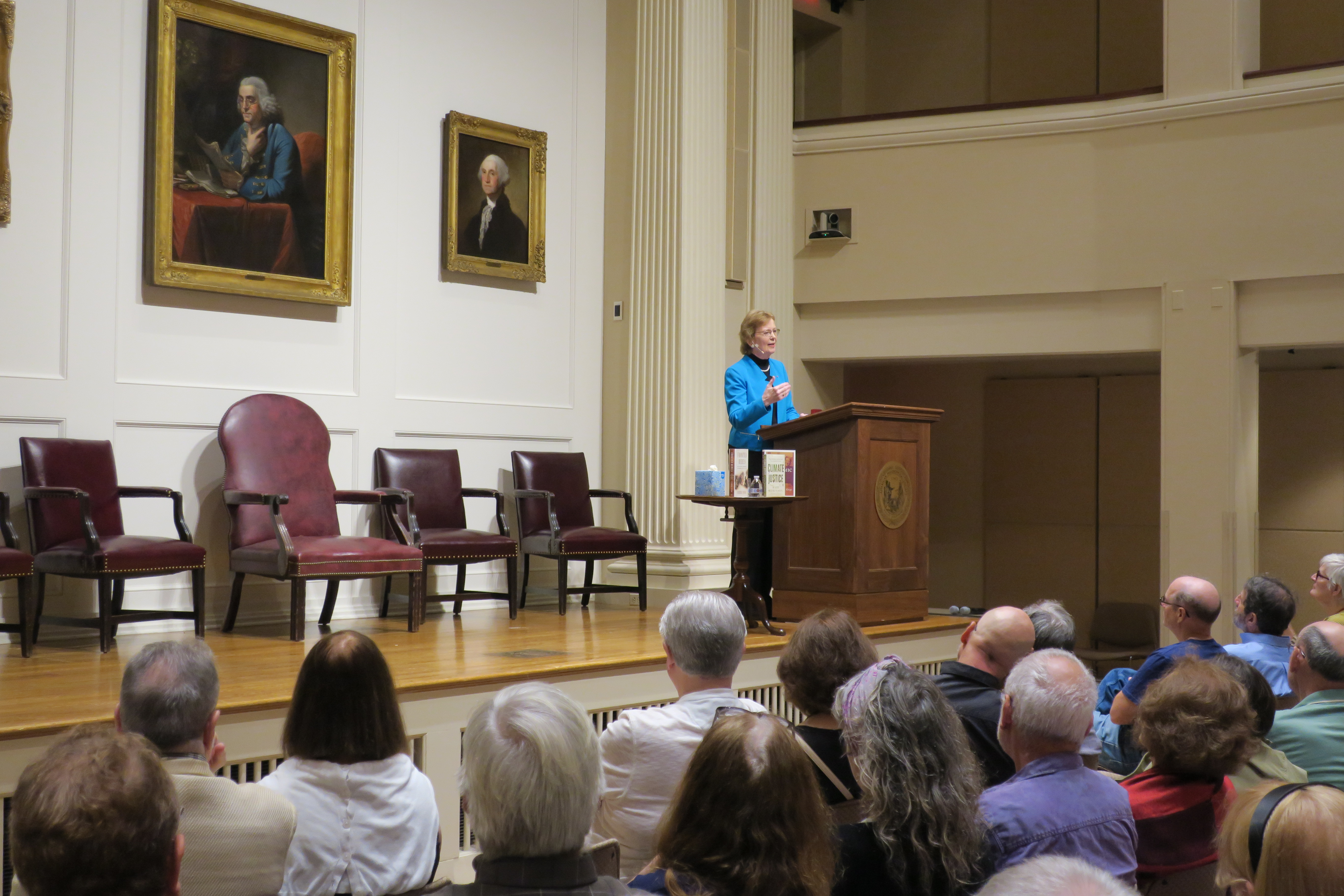 On September 16, Mary Robinson (APS 1999) spoke on her new book Climate Justice: Hope, Resilience, and the Fight for a Sustainable Future. Robinson is president of the Mary Robinson Foundation―Climate Justice. She served in two capacities as the United Nations Secretary-General’s Special Envoy on Climate Change. She is the former President of Ireland and United Nations High Commissioner for Human Rights, and is now Chair of the Elders and a member of the Club of Madrid. In 2009, she was awarded the U.S. Presidential Medal of Freedom. 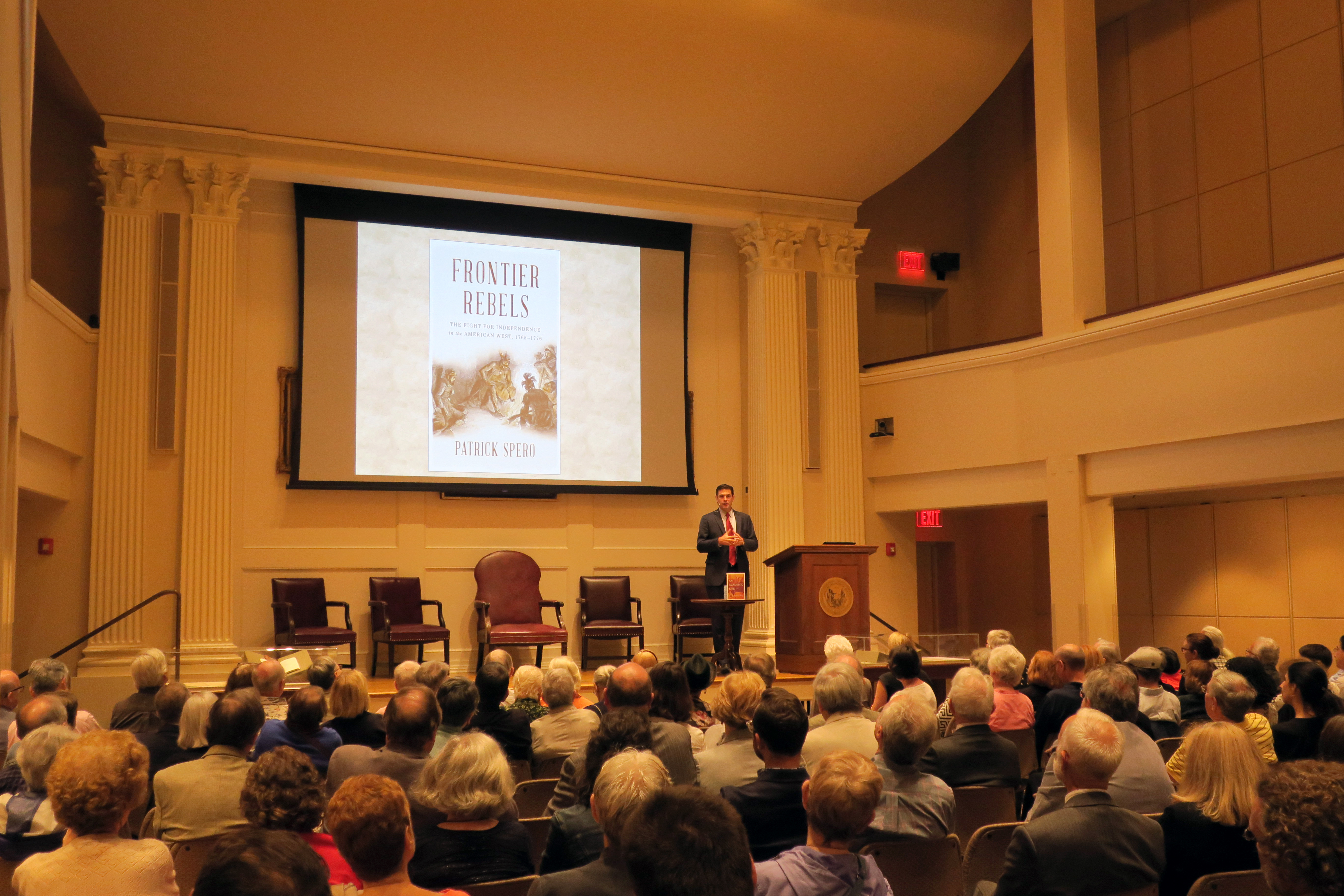 On September 20, APS Librarian Patrick Spero spoke on his new book, Frontier Rebels: The Fight for Independence in the American West, 1765—1776. This book is the untold story of the "Black Boys" rebellion and how it sparked the American Revolution. Drawing on largely forgotten manuscript sources from archives across North America, Spero recasts the familiar narrative of the American Revolution, moving the action from the Eastern Seaboard to the treacherous western frontier. In spellbinding detail, Frontier Rebels reveals an often-overlooked truth: the West played a crucial role in igniting the flame of American independence. 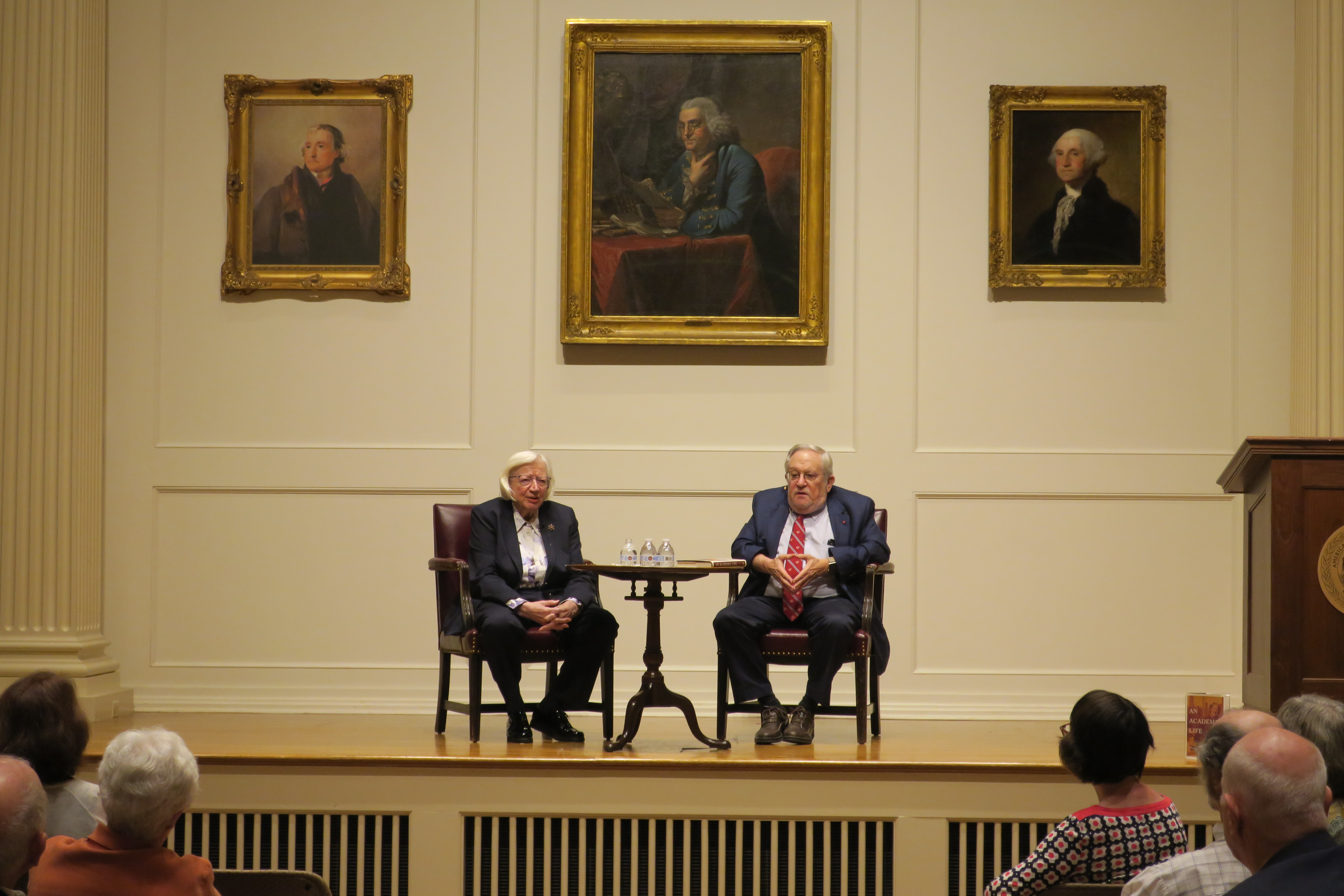 Hanna Holborn Gray (APS 1981) discussed her memoir, An Academic Life, with APS Executive Officer Robert M. Hauser (APS 2005). Their discussion covered her life from her childhood in Germany to her family's flight from Nazi rule, to her career in the United States' most prestigious universities. She was the first woman to serve as provost of Yale. In 1978, she became the first woman president of a major research university when she was appointed to lead the University of Chicago, a position she held for 15 years. 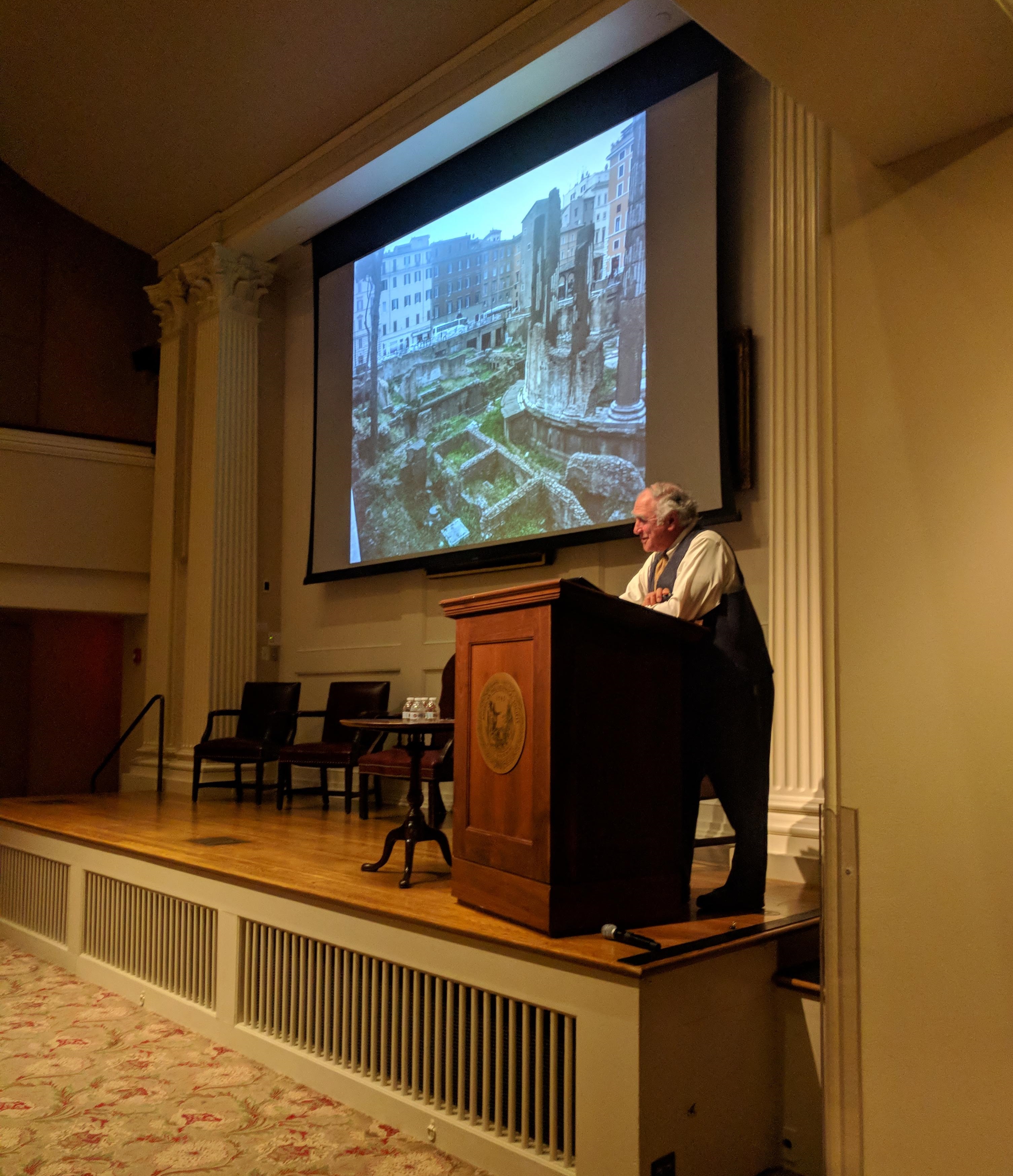 Robert Strassler (APS 2012), series editor of the Landmark Ancient Histories, presented its newest entry. The Landmark Julius Caesar is the definitive edition of the five works that chronicle the mil­itary campaigns of Julius Caesar. Together, these five narratives present a comprehensive picture of military and political developments leading to the collapse of the Roman republic and the advent of the Roman Empire.

December 6, The Susan O. Montgomery Lecture: The Many Faces of Benjamin Rush with Clyde Barker 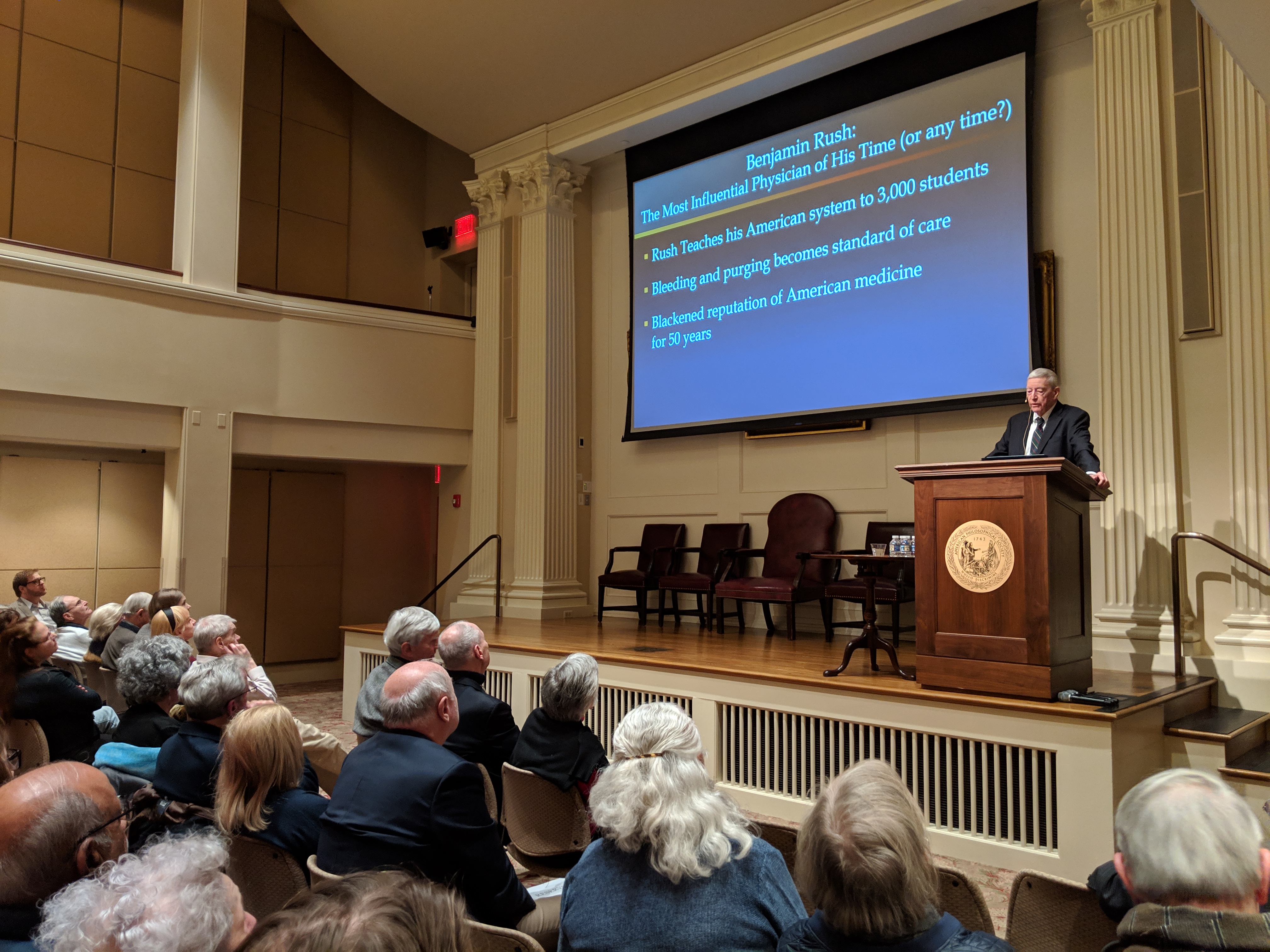 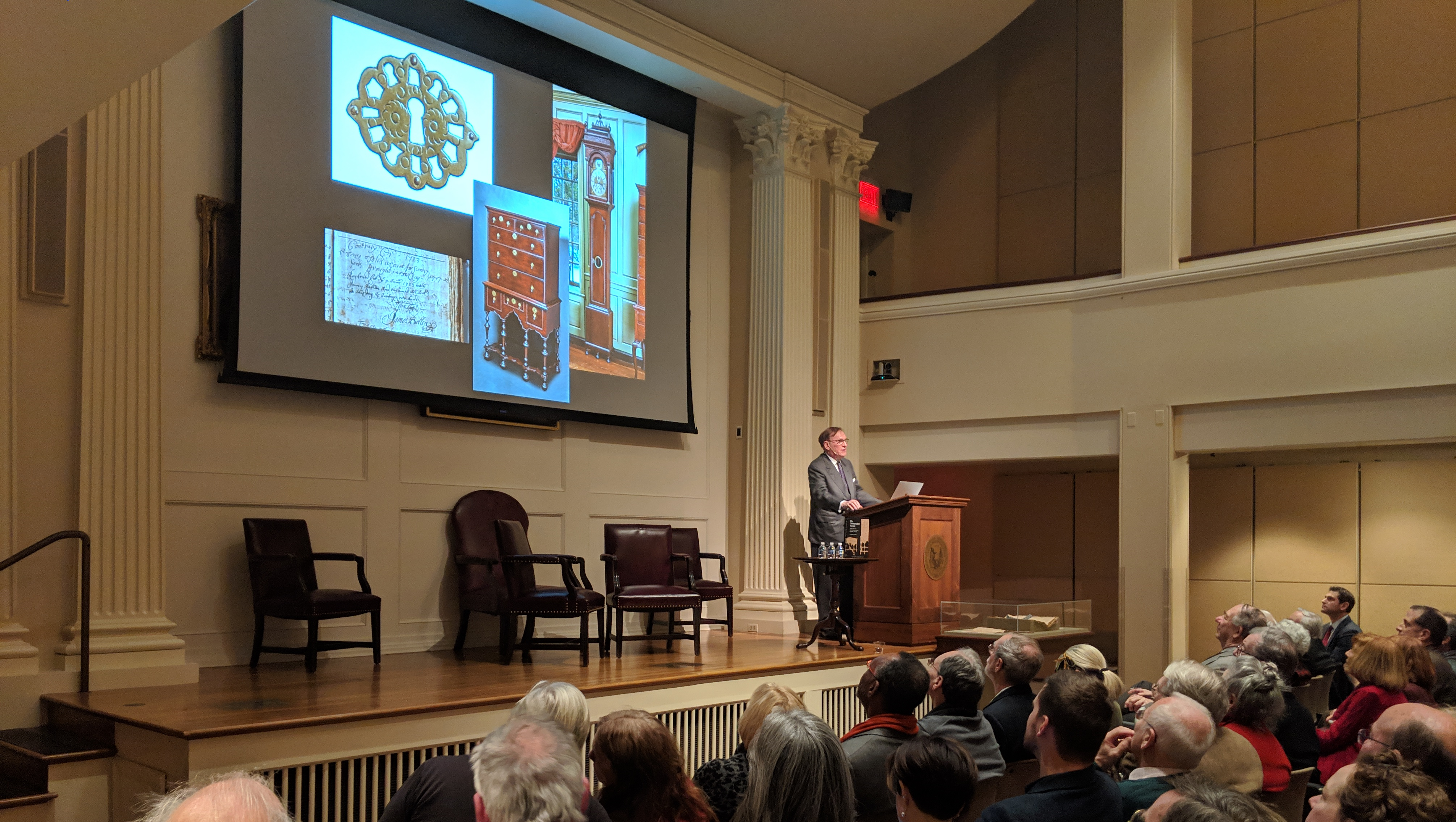 Stream the lecture or order the book.