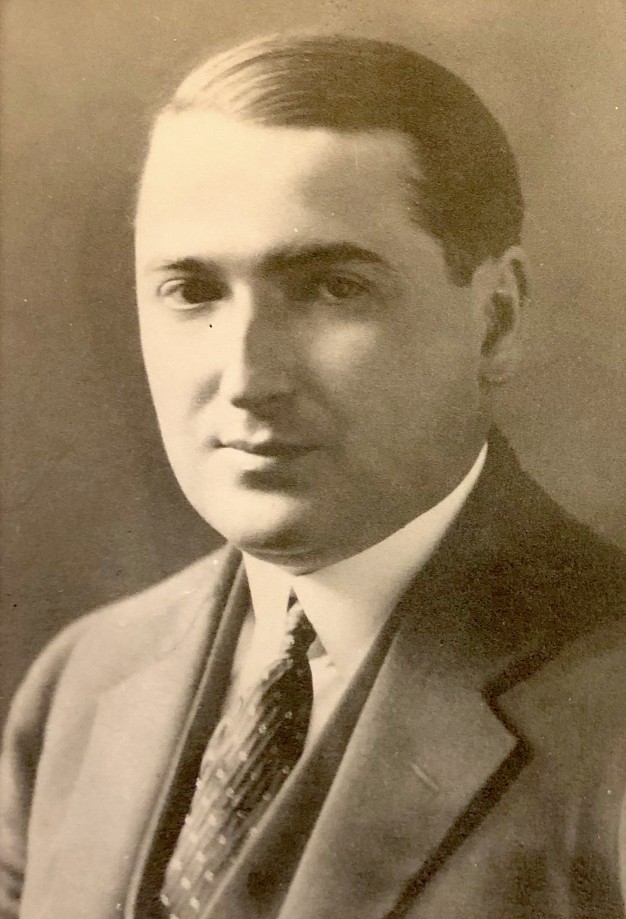 By David Dunning, PhD Candidate, Princeton University
2019-2020 Leon and Joanne V.C. Knopoff Fellow
During his one-month residential research fellowship held during June 2019, Dunning did research in the collections for his project, “Writing the Rules of Reason: Notations in Mathematical Logic, 1847-1937.”

In 1938, the American mathematician Emil L. Post (1897–1954) embarked on what he intended to be a major new project, tentatively titled Creative Logic, or, The Logic of Mathematics. He began a fresh notebook by taking stock of his own past ideas in light of recent developments, and musing on current tendencies in his field.

Post belonged to a vanguard in mathematical logic, a set of researchers increasingly pushing the science of logic to produce knowledge about the symbolic systems that had recently become its primary instruments. He never achieved the fame of other pioneers in this reflexive turn, such as Kurt Gödel (1906–1978) with his incompleteness theorems or Alan Turing (1912– 1954) with his Universal Machine. But Post had a strong claim to having articulated, already in the 1920s, the underlying self-referential approach that characterized the more famous achievements of others in the 1930s.

Acknowledging that much of his earlier work had now “largely been anticipated,” Post pondered what would come next in mathematical logic. He predicted that extreme abstraction had reached its peak, that an imminent “swing of the pendulum” would restore a view “where mathematics discovers truth in a certain field.” This swing would come, he explained, because for all its abstractness, the work of doing mathematics always occurs in time and space, through human activity that is observable and subject to certain rules. As logicians paid ever closer attention to their own methods, they would appreciate intellectual activity as an objective phenomenon: “The inevitability of this swing of the pendulum lies in the fact that even in the axiomatic procedure modes of symbolization and processes of deduction are themselves essentially physical and hence subject to formulations in a physical science” (1).

Creative Logic remained unfinished. Over the course of fourteen years, Post filled eighteen notebooks, now held at the American Philosophical Society, with a fascinating stream of mathematical consciousness. He narrated hunches, obstacles, and flashes of insight in real time. The work never coalesced into a publishable form, but Creative Logic stands as moving evidence in favor of Post’s belief that logic was an embodied, physical science. The notebooks are meticulously dated, often with specifications such as “1hr 25m session” (2). Technical ideas are interspersed with frequent moments of self-observation that serve to situate abstraction in the lived ups and downs of research: “Rereading of last week suggests would need a week to recover it! Last day seems to have gotten nowhere, but much in the N system of next to last day” (3). Post, who struggled for many years with manic-depressive illness, also recognized that his mental health shaped the rhythm of his working life, as documented in headings such as “while refreshing memory after illness” (4).

Though Post never enjoyed the mathematical celebrity of some of his colleagues, his importance and originality is now widely recognized. And in his Creative Logic notebooks, by writing so much of himself into his work, he has generously left us an unusually clear window onto the “essentially physical” procedures by which human beings go about making mathematical knowledge.