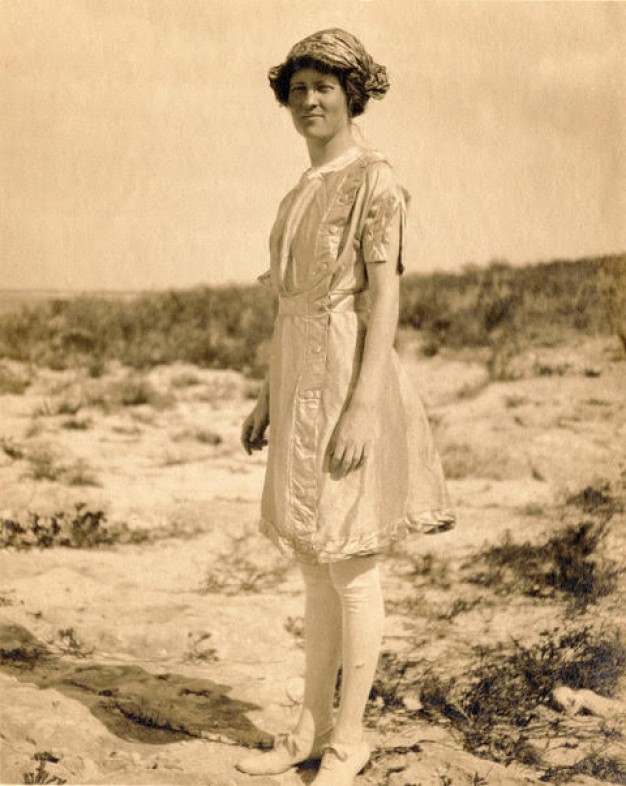 In 1912, prominent socialite and social scientist Elsie Worthington Clews Parsons took a month-long pleasure cruise through the West Indies like so many other wealthy, white women before her. While the trip was meant as a vacation with several friends, she was unable to refrain from the sociological and ethnographic observation that had become central to her career. Keeping a slim notebook, Parsons initiated what would be several decades of research on the Caribbean islands and their folklore. While only a sliver of her three decades of scholarly inquiry, this trip and its attendant materials (available in the Papers of Elsie Clews Parsons) represent a brilliant window into an even more brilliant mind.

During a month-long fellowship at the American Philosophical Society’s Library & Museum in October 2020, I dove into the extensive files of this incredible woman and scholar. While I was primarily interested in her work in the Caribbean for one of the chapters of my new book-in-process, Imagining the Tropics: Women, Tourism, and Caribbean Island Fantasy, 1890 – 1980, Parsons’s life offers a rich and complex narrative that teaches us much about the intellectual deconstruction of racial stereotypes; the malleability of scholarly trajectories; the politics of gender, race, and solidarity; and the development of academic disciplines across the early 20th century.

Born to an affluent New York family in 1875, Parsons had pushed for a life of the mind from an early age. She received her Ph.D. from Columbia in 1899 and in 1900, somewhat reluctantly, married Herbert Parsons. As she began having children she cemented a relatively unprecedented model of continuing research and writing as a scholar while growing her family. Between 1900 and 1916 she published five books on relational sociology, U.S. familial life, and gender roles, several under a pseudonym to protect her politician husband. By the mid-to-late-1910s she shifted to anthropological research and proceeded to publish at least another half-dozen book-length manuscripts and scores of articles, turning her attention to Indigenous peoples in the Southwest United States to much anthropological acclaim. In 1919, she also became a founding instructor at the New School for Social Research, and throughout her life she regularly used her considerable wealth to support research and publication funds for her colleagues in the American Ethnological Society (AES), the American Folk-Lore Studies Association (AFLS), and the American Anthropological Association (AAA), among others. She was particularly supportive of other women scholars and young graduate students. In 1941, the year she unexpectedly died from complications of an appendectomy, she had been elected the first woman president of the American Anthropological Association.

While generally overlooked by her biographers, Parson’s 1912 cruise through the Caribbean represented an important transitional moment in her career. A number of other elite, Global North women were writing about the islands around this same time, justifying their adventures and establishing their social science bonafides. Yet what set Parsons apart was the way she would use her new-found interest in the Caribbean as the basis for an entire knowledge shift both in herself and for several of her connected fields of research.

Writing to her son John in 1912 while on this first field research trip in Haiti, she told him “we are always just on the edge of adventure.” Yet she was also always just on the edge of an intellectual adventure as well, ready to take up new ideas, possibilities, and challenges in service to a more comprehensive and compassionate understanding of the world. Resistant to nearly all types of recognition in her short but highly productive lifetime, Parsons deserves renewed attention as a scholar, a pioneer, and an endlessly fascinating product and anomaly of her time.