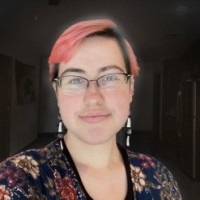 Katie McGhee is a descendant of the Poarch Band of Creek Indians. They are currently finishing their second year at... END_OF_DOCUMENT_TOKEN_TO_BE_REPLACED 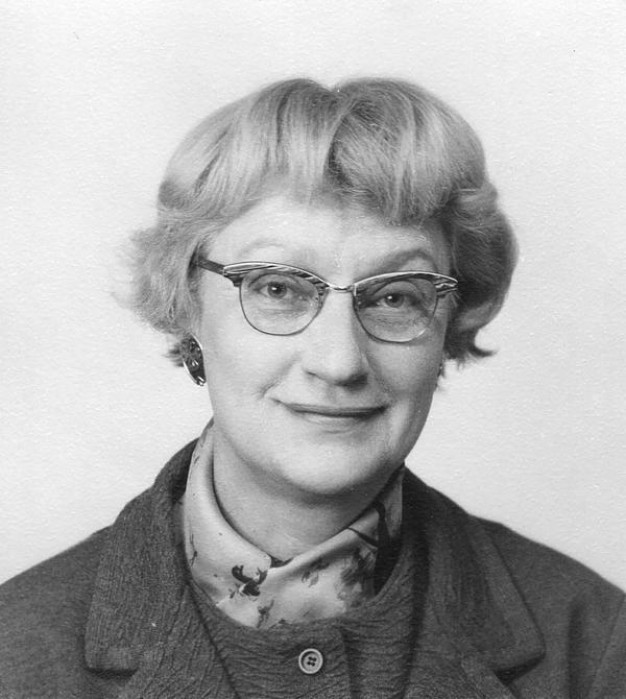 Background on the Project

In the early 20th century, anthropologists descended onto Native American communities across Turtle Island to make a record of these supposedly disappearing peoples. They recorded a wide variety of daily activities and special events, ranging from stickball games to speeches to the herbs used to make tea.

Nowadays, the living descendants of these communities fight for access to these materials—often traveling great distances, jumping through institutional hoops, and unearthing the jumbled notes of these ancient scholars. But even after gaining physical access to these documents, oftentimes another barrier remains: linguistic notation.

Phonetic linguistic notation, as it exists today, is a standardized alphabet of symbols that are able to represent the entirety of possible sounds in human language. The current standard for this system is the International Phonetic Alphabet (IPA), but another system, Americanist Notation, was also commonplace in the 20th century primarily in (you guessed it!) the United States. But these systems are a product of their time, with earlier versions often only accounting for sounds common in European languages.

To compensate for these gaps, early anthropologists often innovated new symbols for the languages of the communities they studied. This practice resulted in more accurate transcriptions, but it also created countless unique notation systems. This means that when a community begins searching through archives for these snapshots of their own language, they’ll not only find notes that look nothing like their own writing system, but also notes that can look extremely different across sources. This was the exact situation I myself encountered when I first arrived at the APS in June 2022 to begin researching my heritage language, Mvskoke.

Mvskoke, also called Creek-Seminole or Muskogee* (*many alternate spellings exist), is a language originating from the Southeastern United States across the Creek (Muscogee) Confederacy. It’s estimated that there are around 5,000 speakers of Mvskoke today, and UNESCO’s Atlas of Endangered Languages classifies Mvskoke as “definitely endangered”.

The APS’s holdings on Mvskoke include the work of linguists such as Mary Haas, Frank Speck, Vic Riste, William Sturtevant, and more (all using disparate notation systems, of course). After struggling through some of Haas’ field notebooks, only to find Riste’s notebooks even more inscrutable—reading these notes was going to take an eternity, much less an eight-week internship! I realized I’d need to find a better, faster, way to decipher these materials, and I decided to spend my time at the APS doing just that.

To make these materials more accessible, I’m writing a program using the Python coding language to automatically ‘decode’ the notation of various linguists into ‘standard’ Mvskoke orthography. For the purposes of this project, I’m using the Dictionary of Creek/Muskogee published by Jack Martin and Margaret Mauldin (Muscogee Nation), as a guide for common spellings since it’s the most recent dictionary published in Mvskoke and it’s frequently used by language learners.

To create a cipher for the work of these various linguists, I’m using a modified version of the Comparative Method, which is commonly used in historical linguistics for reconstructing older forms of a language. In short, I’m pulling word lists from the archive that have similar entries but were made by different linguists. After entering these wordlists into a spreadsheet, I can then write some code to compare each symbol in each word to find patterns, which establishes the cipher. From there, I can test out the cipher on the wordlists from earlier, catch any errors, and then I can apply it to other items in the archive to make them readable as well!

It’s important to note that this project has its limitations. The documents here at the APS are not representative of the entirety of the Mvskoke language, but instead represent a snapshot of the language used by a handful of speakers, filtered through the ears and hands of white linguists, and entombed within the pages of their field notes for about 70 years or more. Meanwhile, Mvskoke currently has around 5,000 living speakers, with a certificate program offered at the College of the Muscogee Nation, as well as free language classes recorded and uploaded on to YouTube. That is to say, these documents provide an interesting look into our stories, history, and language, but they should not overshadow the existence of current Mvskoke speakers. Archival research can be a valuable asset for language revitalization, but for the future of the Mvskoke language, it is only one of many.

As for my own future, I’m continuing this work in my undergraduate honors thesis as I return to my home institution, the University of Texas at Austin. Using this initial groundwork, I’m hoping to do further analysis on discrepancies between these materials to see what it reveals about variation in Mvskoke over time, across speakers, and in different places. I’m continuing to search for more materials with a newfound confidence in navigating archives, and I’m excited to see where this research leads.