February 12, 2021
Share
Ms. Joyet is the Assistant Head of Cataloguing. After graduating from Drexel University's iSchool in 2009, Ms. Joyet was hired... END_OF_DOCUMENT_TOKEN_TO_BE_REPLACED 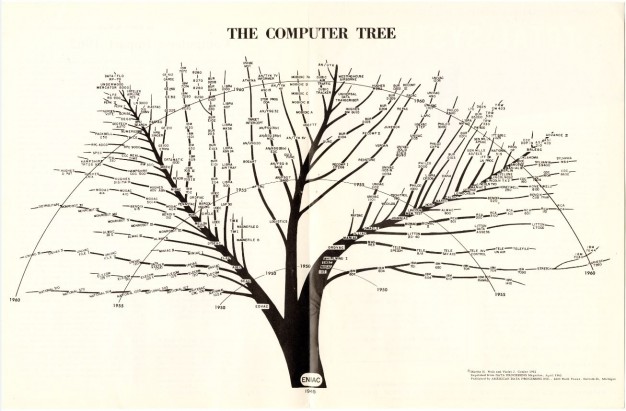 By Estelle Markel-Joyet and Megan Hosie

The APS houses a large collection of scientific reprints, or bulk reproductions of individual articles that were previously published in academic journals. Journal publishers sent these reprints to their respective authors. From there, the authors would often inscribe them and send them off as gifts to their friends and colleagues. After these gifts were disseminated, the remainders were usually discarded. While there is some debate in the print world as to which copy is most important—the published journal article or the author’s reprint—surviving reprints provide evidence of the intricate networks of knowledge that scientists cultivate as they conduct research.

In 1984, Librarian Edward Carter held a conference at the APS to investigate the reprints in the APS collection. In a lecture titled “In Praise of Scientific Reprint Collections,” William B. Provine provided an enthusiastic defense of keeping collections of reprints for future historians of science, arguing “an added bonus is the frequent habit of many scientists of writing marginal comments on reprints they received; but they rarely write in their journals. I have gained much insight from such marginal comments.”

In the Herman Heine Goldstine Papers is a collection of reprints concerning the history of computing. While at the University of Pennsylvania, Dr. Goldstine helped develop the Electronic Numerical Integrator and Computer (ENIAC), the first programmable, electronic, general purpose digital computer. ENIAC’s  development was completed in 1945 and it was used primarily to calculate artillery firing tables for the United States Army's Ballistic Research Laboratory. It was later used by John Von Neumann at the Los Alamos Laboratory to run computations for the hydrogen bomb before being turned off on October 2, 1955.

Many of the reprints in the Goldstine collection illustrate the collaborative effort that went into ENIAC’s creation. Take, for example, the Computer Tree diagram, an image that was originally published by Martin H. Weik in Data Processing Magazine in April 1962. This tree shows the evolution of electronic digital computers from 1945 to the 1960s. With ENIAC at its roots, university and government sponsored computers are the basis of the tree's three main branches. As explained by Weik in the article accompanying his diagram, “serial computers,” often classified as “business computers” derived from the Electronic Discrete Variable Automatic Computer (EDVAC) are splayed chronologically along the left limbs. “Parallel computers,” often classified as “science computers,” derived from the Ordnance Discrete Variable Automatic Computer (ORDVAC) are found chronologically on the right limbs. Computers that were developed solely for military purposes are found on the central limbs. At the top of the tree line, you can see the earliest of the common IBM computers used by businesses in the early 1960s.

Just as the marginalia often found on reprints illustrate intricate scientific networks, so too does this specific reprint’s content. The tree shows how the US government, specifically the military, was instrumental in the genesis of computers during and after WW2. It was necessary for the US military to create these complex machines in order to dominate the arms race of the Cold War. It is a piece of computer history that is often overlooked. When reflecting on the advent of modern computers, many people think of the “Lone Inventor in a Garage” à la Steve Jobs. However, the reality is that computers as we know them today would not exist without government funding to universities.

The history of computing reprints in the Goldstine Collection at the APS are important so that future historians of science can find this evidence. The networks created by scientists show that science and invention rarely happen in a silo or a garage. These networks were imperative for the creation of one of the most important tools at our disposal today.