Colonialism in the Orange Groves

December 12, 2017
Share
Will Fenton was the 2017–2018 Elizabeth R. Moran Fellow and recently completed his Ph.D. at Fordham University where he specialized... END_OF_DOCUMENT_TOKEN_TO_BE_REPLACED
Tags
diary project 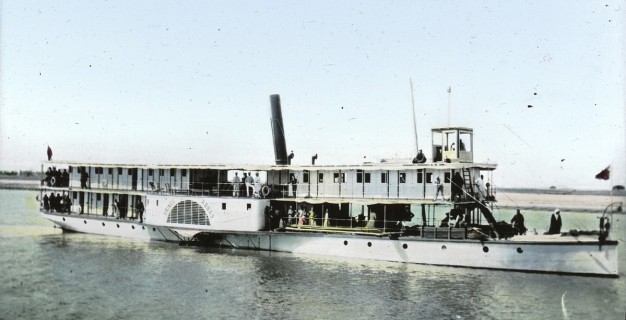 While accompanying Theodore M. Davis on archaeological trips to Egypt between 1889-1913, Emma B. Andrews provides rich insights into the field of archeology at the fin de siècle. Perhaps just as importantly, her entries offer glimpses into Egypt’s early colonization.

Andrews is continuously charmed during her travels along the Nile. She marvels at the size of the pyramids, the history of hieroglyphics, the solitude of the desert, and even the frogs that dwell in the river. “I have never heard anything equal to the frogs that we now hear in the evening,” she exclaims in an entry dated February 3, 1900. “Such great basso-profundo voices!"

In the shadows of those poetical entries, Andrews acknowledges how British colonization reshapes the country. Upon seeing Egyptians pilfer ruins for saleable artifacts, Andrews “feel[s] in a rage,” and yet, in that same February 4, 1890 entry, she writes that her travel companion has purchased a “highly ornamented mummy head of a woman.”

In fact, on December 25, 1889, Andrews announces that one of her “special cares” is to “prevent [Davis] from making a financial ruin of himself, as he insists upon buying too many things and too much of everything for us.” By November 1902 and March 1903, she writes that “Cairo is filled to overflowing with masses of Americans” and an “absurd speculative craze” has driven up prices; however, she is unable or unwilling to acknowledge her participation in those shifts.

The diary reveals the degree to which American tourists had embraced British colonialism. In a January 24, 1890 entry, Andrews attributes the discipline of Egyptian Army officers to the “influence of the English officers” who transformed that army into “a potent engine for civilization and good.” When she passes withering orange groves on March 21, 1899, she attributes blight to Egyptian mismanagement, adding, “Egyptians and Egypt will always need some intelligent domineering.”

Even when Andrews experiences transcendent moments of connection with local inhabitants, she narrates those encounters with extractive rhetoric: “That evening hour--the sweet note of some unknown bird--the strange scenery--the two almost barbarous people, human beings like myself, with whom for a moment, I had some friendly contact! Such memories become mental possessions” (January 17, 1890).

Those interested in these diaries may access both volumes of A Journal on the Bedawin or visit the Emma B. Andrews Diary Project, developed by former APS Digital Humanities Fellow Sarah L. Ketchley.