January 16, 2022
Share
Marian L. Christ is Associate Librarian and Head of Cataloging. She received her MLS from Drexel University and BA from... END_OF_DOCUMENT_TOKEN_TO_BE_REPLACED 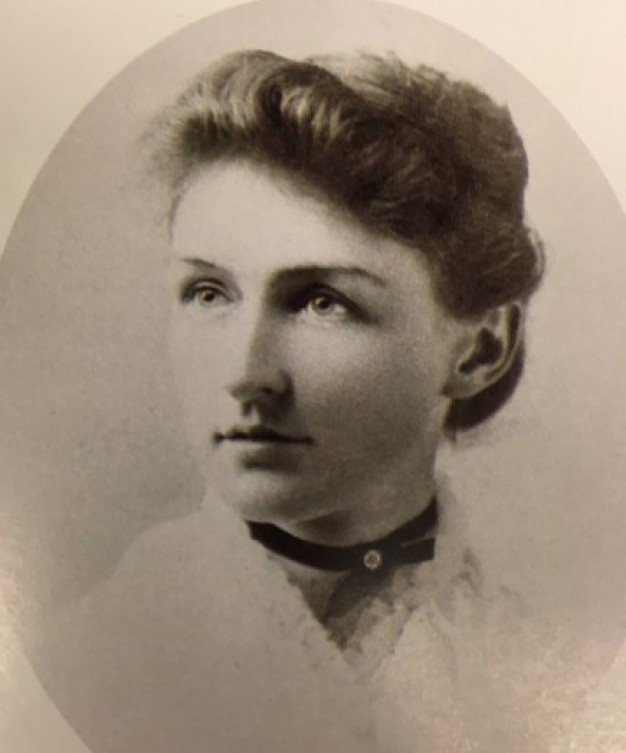 Annie Jump Cannon was born in 1863 and elected to the American Philosophical Society in 1925. She was the eldest of three daughters of Wilson Cannon, a Delaware shipbuilder and state senator, and his second wife, Mary Jump. Annie began her life-long relationship with astronomy as a child when she and her mother watched the stars from the small, home-made observatory they built together. Mary Jump taught her daughter about the constellations and stimulated her interest in science. Her parents, ignoring the prejudices of the time against the university training of women, sent their daughter to Wellesley College, where she studied physics and astronomy. She received her B.S. degree in 1884.

Upon graduating, Annie Cannon returned to Delaware and held various jobs over the next ten years, but concentrated her efforts on photography. At some time during either this period or her years at Wellesley, Annie became completely deaf, possibly due to scarlet fever. In 1894, she experienced a life-altering event—the unexpected death of her beloved mother. Depressed and almost paralyzed with grief, Annie knew she needed to work, and she appealed to her former teacher at Wellesley, Sarah Frances Whiting, who hired her as an assistant. Whiting, a protege of Harvard College Observatory Directory Edward Pickering, eased Cannon’s path as a “special student” of astronomy at Radcliffe, the women’s college connected to Harvard College, and ultimately, into the observatory itself.

Under Pickering’s tutelage Annie Cannon found herself part of a group that some historians of science have called “Pickering’s women.” Hired to reduce data and carry out astronomical calculations, a number of these assistants worked to complete The Henry Draper Catalogue, an astronomical star catalogue named after the doctor and amateur astronomer who was one of the pioneers of astrophotography. His widow funded the project, which included a telescope for the observations. The goal of the project was to sort the stars by the appearance of their spectral lines. Annie’s job was to catalog stars with a magnitude (apparent brightness) of nine or more.  It was, in fact, Annie Jump Cannon who developed the system of classification ultimately known as the “Harvard system” and used in the catalogue. In 1922, the International Astronomical Union adopted her method as the official system for the classification of solar spectra.

The greater part of Dr. Cannon’s work consisted of studying astronomical photographs and compiling her own and other people’s results, but she was an able observer herself. She discovered 300 variable stars and five novae, and published several extensive catalogues of variable stars. She has been credited with manually cataloging 350,000 stars, earning her the nickname “the census taker of the sky.”

She received many academic honors during her lifetime. The University of Delaware, Wellesley College, Mt. Holyoke College, and Oglethorp University granted her honorary degrees. The University of Groningen in Holland and Oxford University also presented her with honorary degrees, making her the first woman to receive a doctoral degree from Oxford. The Royal Astronomical Society elected her an honorary member in 1914, and in 1931 the National Academy of Science awarded her the Draper Medal.

In 1933, she founded the Annie J. Cannon Prize to be awarded periodically to outstanding women astronomers. This prize symbolized what may be Annie Cannon’s greatest achievement—just as her mother had encouraged and supported her scientific ambitions, Annie mentored and promoted the next generation of women astronomers.

When Annie Cannon died in 1941, Cecilia Payne-Gaposchkin, another distinguished American Philosophical Society Member, reporting in Science, wrote: “On the thirteenth of April, 1941, the world lost a great scientist and a great woman, astronomy lost a distinguished contributor and countless human beings lost a beloved friend by the death of Miss Annie J. Cannon.” When Harlow Shapley first visited Cambridge as a young Princeton graduate student, it was Annie Cannon who predicted that he would one day be the Director of the Harvard Observatory. Seven years later, he proved her right. Shapley wrote Cannon’s American Philosophical Society Biographical Memoir. In it, he wrote: “Her official position at the Harvard Observatory was the William Cranch Bond Astronomer and Curator of the Photographic Collection. Her unofficial position was dean of women astronomers of the world and a leading and most honored woman scientist.”

Sobel, Dava. The Glass Universe: How the Ladies of the Harvard Observatory Took the Measure of the Stars. New York: Viking, 2016.