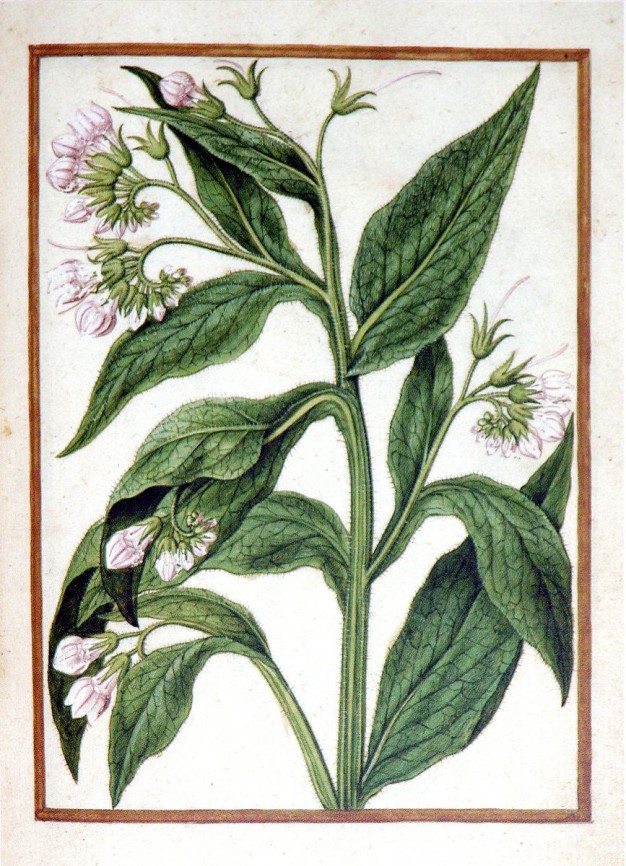 Philadelphia, PA, [May 27, 2022] – Thanks to a generous donation by Graham Arader and Lori Cohen, five rare botanical watercolors, valued at $1.75 million, are now part of the collections of the American Philosophical Society. Both beautiful and beneficial, the plants illustrated by Jacques le Moyne de Morgues c. 1565 were included in one of the earliest collections of French botanical illustrations.

Jacques le Moyne de Morgues (c. 1533-1588) is best known for his role as artist and cartographer on a largely failed expedition to North America, specifically Florida, from 1564 to 1565. Le Moyne and his sketches of Indigenous Americans as well as American flora and fauna successfully returned to Europe, but few of his companions joined him, many having fallen victim to numerous disasters.

Exquisitely and carefully rendered, the five watercolors donated to APS demonstrate Le Moyne’s participation in the burgeoning scientific observation of nature in the early modern period. Originally part of a bound volume, the paintings participate in the circulation of florilegia-- botanical emblem books—that became popular in the 16th and 17th centuries with the increase in trade and travel that brought new plants to Europe. The five watercolors—“Rue,” “Bittersweet,” “Clove Pinks,” “Red Clover,” and “Comfrey,”—were originally bound in a volume to “Du Marry,” according to an inscription on the frontispiece of the album. The inscription provides few hints at the provenance of the album, but recent research suggests a connection to Mary Queen of Scots, providing just one of many potentially fruitful research opportunities.

“The Le Moyne watercolors are an incredible addition to the APS’s natural history collection,” said APS Librarian Patrick Spero. “They are a perfect complement to some of the Library’s current collections of manuscripts, journals, watercolors, and drawings that include the Journals of Lewis and Clark, an extensive collection of Benjamin Smith Barton material, and the 19th-century watercolors of Titian Ramsay Peale.”

Although botanical illustrations are a long standing tradition in art and science, Le Moyne’s watercolors hail from the earliest period of early modern botanical illustration, which would find its fullest expression in later centuries. Artists such as Albrecht Durer and Leonardo da Vinci would sketch and make illustrations of flora as well as fauna inspired by an increase interest in the observation of nature during the Renaissance. Le Moyne’s botanical illustrations follow in the latter half of the same century. The du Marry album, dates to the early-to-mid 1560s, only thirty years after the publication of Herbarum vivae eicones (1530-1536) written by the “father of botany” Otto Brunfels with illustrations by Hans Weiditz.

The Arader and Cohen donation is an outstanding and complementary addition to APS’s collection that also comes into the collection at an opportune moment as the APS’s Museum prepares for an upcoming exhibition in 2024 on natural history. The Le Moyne watercolors exist at the intersection of numerous scholarly inquires. Beyond art historians, scholars interested in early modern medical history, science, botany, and European early modern craze for collecting natural history.