The Study of Man (Done by Women) 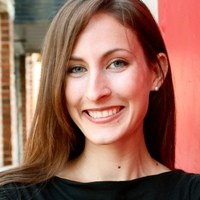 Erin Holmes is an Andrew W. Mellon Post-Doctoral Curatorial Fellow and lead curator of the 2019 exhibition Mapping a Nation... END_OF_DOCUMENT_TOKEN_TO_BE_REPLACED 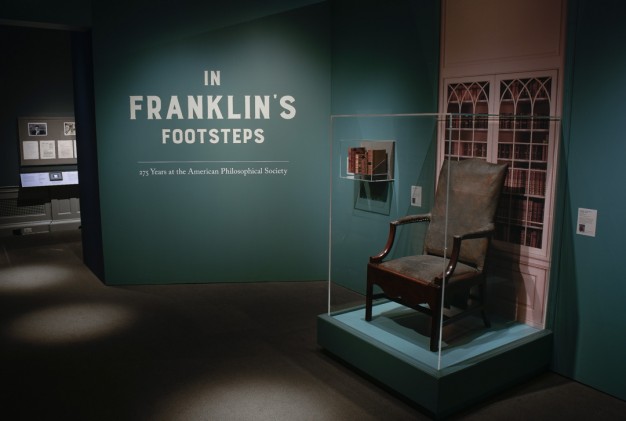 Like most institutions of its age, the American Philosophical Society has been overwhelmingly white and male throughout its history. Some of this comes down to structural inequalities—the historical lack of education for women and people of color that hindered their participation in learned organizations led to a lack of recognition for their accomplishments. In the 2018 exhibition, In Franklin’s Footsteps: 275 Years at the American Philosophical Society, we felt strongly that we needed to address this inequality, recognize those unheralded accomplishments, and do so in a way that avoided simply identifying our “firsts”—first female Member or first African American Member (both of whom were recognized in the exhibition). One of the spaces where we were especially conscious of this was the section on the history of anthropology at the APS, “The Study of Man,” whose title quickly became our favorite irony.

The APS has a long history with the field of anthropology (“anthropology” literally translates to “the study of man”). Thomas Jefferson, President of the APS for 17 years (before, during, and after his tenure as President of the United States), contributed some of the APS’s most important collections during his lifetime when he sent what remained of his collection of Native American vocabularies to the APS (for the story of his collection and its destruction go here). Jefferson also corresponded with Peter Stephen Du Ponceau (who you should absolutely learn more about here), an early American linguist and APS President whose work on Native Americans John Adams wrote “increased my Esteem and Veneration for human Nature and deminished in some measure certain prejudice’s I had conceived especially against the Indians of north America.” Unfortunately, when we began laying out the show, we had to cut this early history because we had begun to run out of space. Chronologically the rest of the section had progressed to the end of the 19th century and we also didn’t want to confuse our visitors by taking them back nearly a century.

Instead, we focused the section’s narrative on Franz Boas (elected to the APS in 1903) and his students. Boas founded the modern field of anthropology at the end of the 19th century by combining linguistics with cultural anthropology, physical/biological anthropology, and archaeology into the “four field” model that’s still common today. Through his work, Boas challenged widespread beliefs in a cultural hierarchy that invariably placed white Western European cultures at the peak of civilization by introducing the concept of cultural relativism.

Perhaps as significant as Boas’s own work was his mentorship of a large number of students throughout his life. Boas’s students would go on to found Anthropology departments throughout the United States, carrying with them his theories and methodologies. He was especially supportive of female students, who often faced greater professional barriers. While many of his male students were eventually elected to the American Philosophical Society, we chose to highlight three of his female students who were not elected to draw attention to the disparity.

Among the extraordinary female anthropologists Boas taught were Ruth Benedict, Mary Haas, and Zora Neale Hurston. Ruth Benedict was one of Boas’s early students and later went on to become president of the American Anthropological Association. She was a prominent member of the American Folklore Society and her book Patterns of Culture (1934) built on Boas’s theories about culture to consider the way individuals relate to their culture. Throughout her correspondence with Boas, she referred to him as “Papa Franz,” and their letters address both the anthropological work they did, as well as their efforts to mentor other female students.

Mary Haas, another Boas student, also recognized the importance of mentorship; in addition to her work on Indigenous languages she directed more than 100 doctoral dissertations in linguistics--more than Boas and her other mentor, Edward Sapir (another Boas student), combined. While Ruth Benedict and Mary Haas continued to pursue anthropology, Zora Neale Hurston took her anthropological training and applied it to her writing. Her study of African American communities in Florida served as the basis for her classic novel, Their Eyes Were Watching God (1937).

While none of these women were elected to be Members of the American Philosophical Society, their work paved the way for generations of women who came after them. Though the APS is still working to address the disparities in its membership, in 2018 only 26% of living APS Members are women and only 40 African Americans have been elected as Members. This unequal representation is a reminder of the necessity of working against the structural inequalities that have kept so many people from achieving everything they’re capable of, as well as the importance of recognizing those who have accomplished great things, but who have long remained unacknowledged.