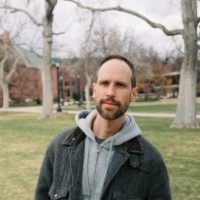 Sylvan Goldberg is assistant professor of English at Colorado College, where he teaches and writes on U.S. literature of the... END_OF_DOCUMENT_TOKEN_TO_BE_REPLACED

In a letter written in the 1920s to Rockefeller Institute director Rufus Ivory Cole, Joseph Leidy—nephew of the famed Philadelphian with whom he shared a name—asserted in a tone of mild pique that the neglect of early American science was driving him to “become somewhat a Nationalist in science.” Although he insists in a parenthetical aside that his scientific nationalism is just a joke, his larger frustration seems genuine: “the disposition among foreigners and some of our own compatriots to ignore the work of some of the early investigation + research workers here in America is unfortunate.”

Drawing Cole’s attention to the senior Leidy’s experimentation on the theory of spontaneous generation, Leidy echoes a point made more than a century earlier—and in a strikingly similar context—by the curmudgeonly physician, Charles Caldwell. Discussing an article on spontaneous generation published in the Eclectic Review, Caldwell attributes his refusal to write a response to “that contracted, carping, disgraceful temper of mind with which the European Reviewers regard every thing (or almost every thing) that is American.”

A century after Leidy’s comments, I’ve found myself wondering the same thing: while the history of spontaneous generation in both classical and European contexts has been well told, its U.S. scientific history remains only patchily narrated. The project I’ve been tackling lately, including during a month spent at the American Philosophical Society’s Library & Museum archives, attempts to put some of this story together, investigating the ways in which spontaneous generation circulated in U.S. culture in the long 19th century.

Caldwell and Leidy may not be able to give us straightforward answers about why the U.S. experiments and discussions regarding spontaneous generation have remained relatively underexplored in comparison to their European counterparts. But their frustrations make visible how long concerns over this neglect have simmered. There is something reassuring about finding voices in the archive that echo my own thoughts, even when the thoughts they’re echoing are only a starting point—an acknowledgement that others have found this historiographical absence worth thinking about further.

And at a time when science’s role in U.S. culture has become an increasingly scrutinized topic, I wonder, too, about Leidy’s and Caldwell’s nationalization of their concern. After all, the U.S. seems perfectly capable of diminishing its own scientific contributions, as the COVID-19 pandemic has made glaringly visible, and as Leidy saw within an early  20th-century U.S. scientific community. Attempting to dispel a framework that merely inserts the United States as another national interest in a narrative that transcends political boundaries, while still accounting for the anxieties that subtend an insistence on organizing these narratives around national communities, remains a challenge for any scientific history. To misquote Ralph Waldo Emerson in the same words with which Leidy ends his letter: “one of the most difficult things to do is to think.”