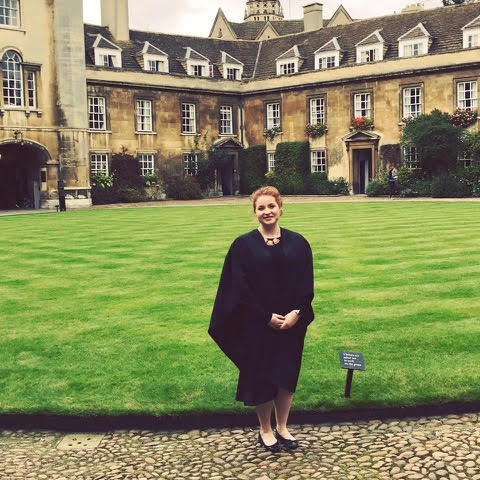 During my time as a Barra Foundation Short-term Fellow at the APS, I completed a substantial portion of the research for my PhD thesis, “The Politics of Material Culture in the Early Republic, 1800-1815.” My project explores the relationship between the political transformations of the early American republic and its preoccupation with the material world realized in the consumer revolution. It is centered around objects, threaded together through an analysis of their implications in central cultural and political events of the period, including the death of George Washington, Jefferson’s Embargo, and the War of 1812.

I used a wide array of collections at the APS, divided into two broad categories: political writings and correspondence and financial and commercial records. Some examples include: Benjamin Rush’s Papers, Memorandum, and Commonplace Books; the Bache Family Papers; the Peale-Sellers Family Collection; the Wills of Signers of the Declaration of Independence; the Jane Aitken Papers; the Coates Family Account Books; and the John F. Mifflin Receipt Book.

On my second-to-last day at the APS, I found a copy of Joel Barlow’s Columbiad that printer Jane Aitken bound in 1812 to pay off some of her debts, presumably to John Vaughan and the Society, which are detailed extensively in her papers. The binding speaks to the realities of hardship in a material culture of nationalism presented in early republican works like The Columbiad.

Make a list of collections you want to consult ahead of time. The APS catalog is easy to use and the finding aids are comprehensive, so you can make sure you know what you’re looking for when you arrive. Make contact with other fellows, researchers, and library staff too – you never know what they might suggest that you haven’t even considered! That’s how I found out about Aitken’s binding (thanks to David Gary).

Check out Thirsty Dice in Fairmount! It’s a cool board game café – you pay a small entrance fee and have access to tons of games, food, drink, and a great atmosphere. I spent a whole afternoon there with a friend and it was one of the best parts of my trip.

Evelyn Strope is a PhD Candidate in American History at the University of Cambridge. She is a member of Newnham College, an all-women’s constituent college of the University (Emma Thompson, Rosalind Franklin, and Jane Goodall went there!) Before coming to Cambridge for her MPhil and PhD, she was part of the National Institute for American History and Democracy (NIAHD) Collegiate Program in Early American History, Material Culture, and Museum Studies as a history undergraduate at the College of William & Mary. She has also spent time working in museums and cultural heritage programs, interning with the Smithsonian National Museum of American History, the Colonial Williamsburg Foundation, and the Park History/Maritime Heritage and National Historic Landmarks Programs at the National Park Service. As an early Americanist, her broader research interests lie in consumption, material culture, political economy, and race, class, and gender in the American Revolution and the early republic.