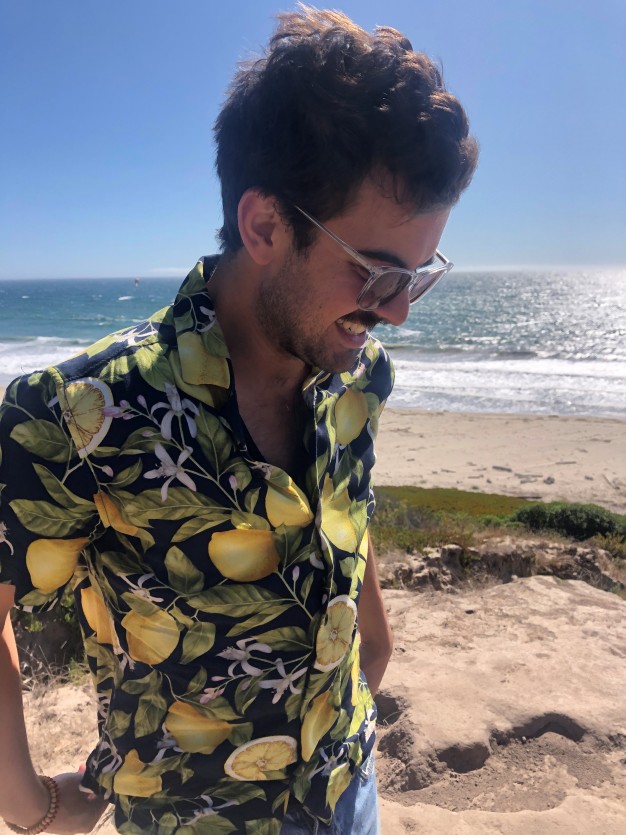 My dissertation, “The Practiced Eye: Painting and Queer Personhood in Nineteenth-Century America,” attends to the advent and rise of American aesthetics, charting how writing related to painting—fiction as well as criticism, art history, and philosophy—catalyzed early forms of queer identity.  Aesthetics offered writers a vocabulary with which to articulate inner feelings and bodily sensations, concretizing those parts of psychic life that would crystallize as forms of identity including race, gender, sexual orientation, and class. It’s about how we relate to, and through, the arts.

I came to the APS to study the Peale family, which meant spending time with the writings, owned books, and drawings of Charles Willson and his sons Rembrandt, Rubens, and Titian.  However, given their seemingly inexhaustible social network, I found myself studying other Philadelphians as well, especially John Neagle, a prolific portraitist.  Working at the APS helped me better sense the origins of Early Republic aesthetics, which unexpectedly led me to natural history and horticulture—the history of geraniums in 1790s Philadelphia is truly riveting.

Charles Willson Peale’s personal copy of the Reverend Matthew Pilkington’s Gentleman’s and Connoisseur’s Dictionary of Painters (1770).  The book had quite the peripatetic life. It was purchased in London by Charles Willson’s patron, the lawyer Edmund Jennings III, before ending up in Annapolis, Philadelphia, and Baltimore.  When Charles Willson’s son Raphaelle married Martha (Patty) McGlathery in 1797, Charles Willson gifted the book to the young newlyweds, repeating the same gesture in 1808 when his son Rembrandt married Eleanor May Short.  (Many of Charles Willson’s children’s names derive from the Dictionary.)  When Rembrandt moved to Paris in 1808, he took the Dictionary with him, eventually selling it to help cover his rising debts.  Long story short, the Dictionary features Charles Willson’s marginalia—an invaluable resource for scholars interested in how print culture and aesthetics converged at this time.

Familiarize yourself with local institutions and events.  What’s sometimes called “Vast Early America” is expansive terrain requiring archivists, librarians, research staff, and other scholars to traverse.  Researching at the APS soon led to visits to the Athenaeum, Pennsylvania Academy of the Fine Arts, and the Philadelphia Museum of Art. I’m thankful to all of them for making “Vast Early America” all the more navigable.

Having ate my weight in local food, I still miss Double Knot, the Good King Tavern, and South Philly Barbacoa, not to mention Reanimator Coffee.  The Schuylkill River Trail is ideal for walks, runs, and dog parks. I can’t recommend the Barnes Foundation highly enough—their collection of Impressionist and Post-Impressionist art is astounding.  Pine Street is home to two wonderful shops: Halloween (for jewelry aficionados) and Giovanni’s Room (a bookstore specializing in new and used queer writing).

Chip Badley is a PhD candidate in English at the University of California, Santa Barbara.  The former managing editor of Camera Obscura: Feminism, Culture, and Media Studies (Duke University Press), his writing has appeared in the Oxford Handbook of Charles Dickens and the Edith Wharton Review.