CNAIR Stories: Researching the Understanding of Native American Authenticity in 1926 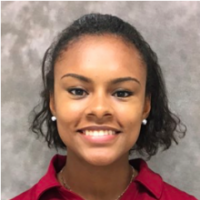 Ashton Dunkley is a rising senior at Temple University with a History and Anthropology double major, as well as an... END_OF_DOCUMENT_TOKEN_TO_BE_REPLACED

My summer research project with the Native American Scholars Initiative focused on the experiences of Lenape people who remained in their homelands, currently known as New Jersey, Delaware, and parts of Pennsylvania and New York. As a member of the Nanticoke Lenni-Lenape Tribe of New Jersey, this subject hit close to home for me. There is a popular misconception that Indigenous peoples have been wiped from the East Coast, either killed or pushed westward. As a result, the persistence of tribes that remained in this region, including mine, is often denied. I wanted my research to be an opportunity to talk back against this misconception.

In hopes of learning more about Lenape people in Pennsylvania during the late 18th century, my research at the American Philosophical Society initially focused on the John Gottlieb Ernestus Heckewelder letters and manuscripts, 1741-1822 and a variety of secondary sources. As a result, I developed an interest in a Lenape woman who resided in Chester County named Hannah Freeman, often called Indian Hannah. She was frequently and incorrectly described as the last of the Lenape in that area, and sometimes said to be the last, period. To learn more about her, I decided to go to the Chester County Historical Society in West Chester, Pennsylvania. At the CCHS I reviewed the Albert Cook Myers Collection where, in a box labeled, “Indians A-N,” I came across a newspaper headline that immediately caught my attention. The clipping, published in Newark Evening News on August 14, 1926, announced “Descendants of Jersey’s Original Indians Have Habitat in Atlantic County.”

In this article, journalists followed up on a tip from a man described as “The Professor” who told them there were “real Indians in South Jersey” and encouraged them to visit Scullville, New Jersey to write a story about them. Following the professor's lead, the Evening News journalists met with the Harmon family on their 60-acre farm. Reading this article, I wondered how it could shed light on perceptions of Native American authenticity during this period. While the Harmons were ultimately described as “a very good type” of Indian, I was interested in the details that prompted this determination? The journalist took note of the family’s appearance, celebrating those with straight, black hair and high cheekbones. However it was the Harmons’ ability to perform in ways they deemed to be characteristic of a “real Indian” prior to their assimilation to Euro-American society that confirmed their “Indianness” for the journalists.

When the professor asked David Harmon, the elder of the family, to call to his son in the field “the way Indians call those who have strayed off from the rest,” Harmon did so. Reporting on this moment, the Newark Evening News expressed absolute certainty about their Native American identity. As the author conclude, “They were Indians; they had reverted.”

The concept of backwardness, “primeval” and uncivilized, as a criterion for Native American authenticity is repeated throughout this article. The author frequently portrays the Harmons as relics of New Jersey’s past saying that while in the presence of the family “a century faded from view.” This understanding of a “real Indian” as intrinsically historical is problematic and it is not limited to the early 20th century. Even today Indigenous peoples are often depicted as relics of American history, whether through Hollywood Westerns or in the classroom. According to a recent study, 87% of references to American Indians in the K-12 academic standards of all 50 states portray the population in a pre-1900 context (Shear et al., 2015). Dismissing the discussion of Indigenous peoples in the modern context can lead to the misconception that if Native Americans don’t reflect these historical portrayals then they are less than authentic or even non-existent. My hope is that the research I have conducted this summer will not only allow people to understand the perception of Native American authenticity in 1926, but to begin to critique the ways in which Americans and tribal nations understand this concept today.