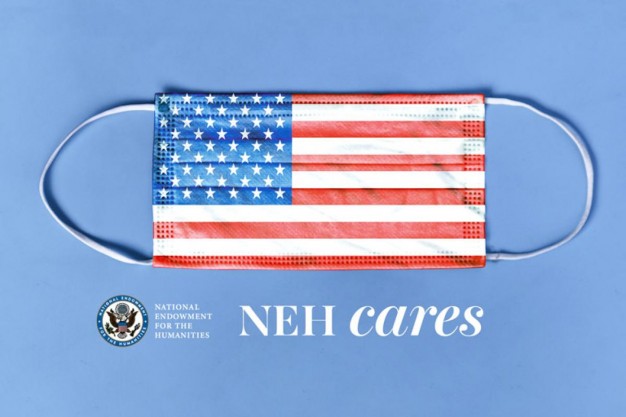 Philadelphia July 7, 2020— Thanks to a grant from the National Endowment for the Humanities (NEH) through the NEH CARES initiative, the American Philosophical Society will increase scholarly and public access to the Society’s Library & Museum collections related to 18th-century scientific discovery. The NEH CARES relief grants program aims to help cultural nonprofits in retaining staff engaged in humanities activities amidst the economic strains of the COVID-19 pandemic. At the APS, the grant will extend the contracts of postdoctoral fellows, term employees, and consultants who are working on relevant projects. The APS is one of 317 institutions to receive grants out of over 2,300 applicants for $40.3 million in funding.

At the American Philosophical Society, the NEH CARES funds will support the staff working on Benjamin Franklin’s American Enlightenment: Documenting Early American Science at the American Philosophical Society. This collection of projects includes the cataloging, digitization, transcription, and interpretation of collections that enhance the visible importance of science and scientific learning to those living in the 18th and 19th century Atlantic world. Many of these projects are underway and staff whose previous grant terms were set to expire in the summer of 2020 will now have stable employment through the end of the year during a time when academic and nonprofit job searches have been canceled or suspended.

Bethany Farrell, Digital Franklin Fellow and Ph.D. candidate in art history at Temple University said, "The extension of my fellowship through the NEH Cares Grant benefits my digital humanities career as it brings a key project in my curriculum vitae closer to completion. The Franklin Ledger Project is a rich source for scholars from diverse fields including the study of 18th century women’s financial literacy. The online project will extend access beyond the scholarly community, allowing the broader public to more easily explore and visualize Franklin's shop and printing business."

The projects included under the umbrella of Franklin’s American Enlightenment are:

Patrick Spero, Librarian and Director of the APS Library & Museum said, “The NEH CARES program provides us with essential support for these emerging scholars while also advancing knowledge in the humanities. With these funds, we are able to keep these staff members working on important digital projects that will reshape what we know about the past. In turn, these early career scholars are also developing needed skills and experience for their future.”

Making these collections available to researchers, educators, and students remotely is a boon to those who cannot travel to Philadelphia due to budgetary constraints or social distancing measures. The APS Library reading room has not yet reopened to researchers and will have significantly reduced capacity once readers return. Increasing the availability of collections through digital platforms will greatly expand the number of scholars that the APS can serve. Many of the online components will include contextual essays and educational materials that make this material accessible and meaningful for grades 4-12, home school, and university audiences.

The American Philosophical Society, established in 1743 by Benjamin Franklin for the purpose of “promoting useful knowledge,” is the nation’s oldest learned society. An intellectual bedrock of the early United States, the APS counts nearly all of the nation’s founders as Members of the Society. Election to Membership honors those who have made exceptionally significant contributions to science, the arts and humanities, and public life. The Society promotes scholarly research through its Library, including 40 fellowships each year, and through its research grant program. The Society sustains an informed citizenry through twice-yearly meetings and topical conferences and symposia. Public programs and museum exhibitions, which often draw close to 200,000 visitors annually, are inspired by The APS Library & Museum collections, which include 14 million pages of manuscripts, 275,000 books, and approximately 3,000 artifacts and fine art objects. The collection is strongest in early American history, Native American history and culture, and the history of science. APS publications are dedicated to publishing research that reflects a broad range of useful knowledge and is the oldest continuously operating scholarly press in the country.