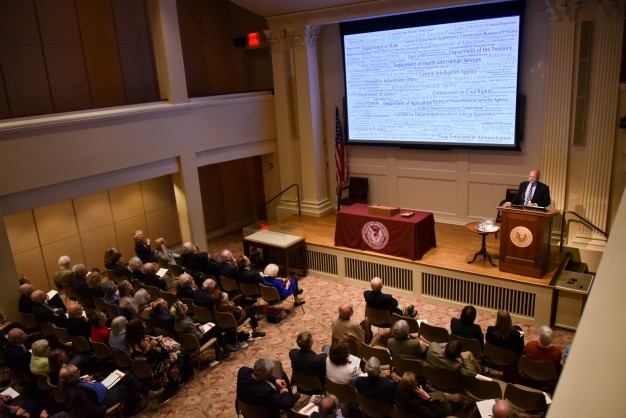 Recorded sessions from the April 2019 General Meeting of the APS are now available online. Click on the links in the talk titles to see each presentation.

Linda Greenhouse
President, in the Chair

On Sheet Ice Melt in a Warming Climate and What We Should Do About It
Eric Rignot
Donald Bren Professor, Earth System Science
University of California at Irvine
Senior Research Scientist
NASA’s Jet Propulsion Laboratory

Why Are There So Many Kinds of Leaves?
Michael J. Donoghue
Sterling Professor of Ecology and Evolutionary Biology
Yale University
Director, Yale Institute for Biospheric Studies

Presentation of Society Awards and Prizes

Some Thoughts on 2050 and Beyond
Martin Rees
Former Master, Trinity College at the University of Cambridge
Astronomer Royal