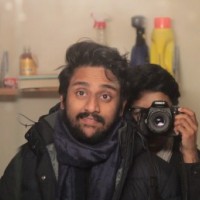 S. Prashant Kumar (John C. Slater Predoctoral Fellow in History of Science, Technology, and Medicine) is a Ph.D. candidate in History and Sociology of Science at the University of Pennsylvania. His thesis studies the kinds of data collection that made empire possible. Data allows us to understand more complex kinds of temporality—like cycles, oscillations, and correlations—which are now considered important in fields from economics to climate science. But data and time have a deeper, linked history. By focusing on the breakdowns and errors which affected timekeeping networks in the long nineteenth century, his work uncovers the global history of scientific networks of labor behind data collection. He argues that when things break, hidden practices and labor become visible. By tracing the changing meanings and value of data, he aims to show how central mathematical and physical sciences were to the construction of empire in India, from the Newtonian period to Einstein. At the American Philosophical Society, he will be examining meteorological data taken in the early nineteenth century by American missionaries, as well as a number of eighteenth century items in the collections relating to India.

Research Project: “Empire of Space and Time: Data and Cosmography in British India, 1783-1924”