APS Program in the History of Science Predoctoral Fellow 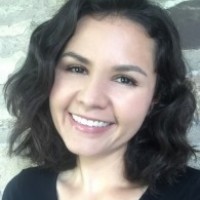 Gina Surita (APS Program in the History of Science Predoctoral Fellow) is a Ph.D. candidate in History of Science at Princeton University. She primarily studies the history of modern biology (especially the history of biochemistry and molecular biology), but also maintain interests in the history of medicine and the biomedical sciences. Her dissertation, tentatively titled “The Currency of the Cell: Energy, Metabolism, and Life in Twentieth-Century Biochemistry,” will trace the emergence of the field of bioenergetics (the study of energy transformations in living organisms) by weaving together a series of case studies in the history of adenosine triphosphate (ATP) research. The quest to define life in energetic terms emerged at the nexus of nineteenth-century physics and physiology, and was then taken up by twentieth-century biochemists and cell biologists, who constructed the molecule of ATP as the universal energy “currency” of the cell. The “currency” of ATP circulated within a metaphorical “cellular economy,” in which energy-requiring metabolic reactions were often linked to energy-releasing metabolic reactions. Gina’s dissertation aims to articulate a new interpretation of twentieth-century biology by arguing that the metaphor of the “cellular economy,” as deployed by biochemists and cell biologists interested in metabolism and biological energy exchanges, shaped the development of modern biology in ways distinct from the metaphor of genes as “information,” which has received a great deal of historiographical attention.

Research Project: “The Currency of the Cell: Energy, Metabolism, and Life in Twentieth-Century Biochemistry”