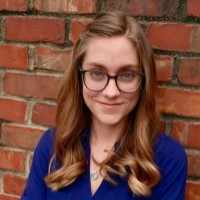 Mary Kate Kelly (Andrew W. Mellon Foundation NASI Predoctoral Fellow) is a Ph.D. Candidate at Tulane University, studying the linguistics of Maya hieroglyphic writing. Her research looks at linguistic variation in the inscriptions, in order to gain better insight as to the distribution of different, but related, linguistic groups among the ancient Maya. This study assesses the geographic distribution of language varieties, the relationship between language and power, and the ways in which sociopolitical forces affected historical language change. This research advances our understanding of pre-colonial Native American linguistic history, and breaks some of our preconceptions of historical language diversity and change. Among the indigenous languages of the Americas, the Maya case is unique in that an autochthonous writing system preserves a glimpse of an ephemeral phenomenon - the geographic distribution of language. During the 2019-2020 academic year at the American Philosophical Society, she will utilize the wealth of resources on the modern and colonially-recorded Mayan languages as well as the images of hieroglyphic monuments housed at the library.