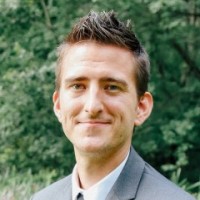 Alex Mazzaferro earned his Ph.D. from the Department of English at Rutgers University in 2017 and served as the Henry Rutgers Postdoctoral Lecturer there from 2017–2018. As a postdoctoral fellow at the American Philosophical Society, he is creating a master bibliography of major publications by APS Members prior to 1865. A specialist in early American literature, with particular emphasis on the intersections between the history of science and the history of political thought, he is currently at work on a book manuscript that recovers the transatlantic career of the term “innovation,” a pejorative early modern synonym for rebellion, and argues that the provocation of New World novelty gave rise to an empirical approach to political knowledge modeled on natural science and grounded in eyewitness reportage. Charting the emergence of settlements in Virginia, Bermuda, Massachusetts, and Barbados—and their contestation by underclass mutiny, heresy, indigenous resistance, and slave insurrection—the project relocates the controversial right to innovate at the heart of emergent definitions of sovereignty and recasts early anticolonial rebellion as restorationist rather than radical. Mazzaferro’s articles have appeared or are forthcoming in Early American Literature, Early American Studies, and The Worlds of William Penn edited collection. And he has been the recipient of fellowships and grants from the American Council of Learned Societies, the Mellon Foundation, the Library Company of Philadelphia, Rutgers University, and the Society of Early Americanists.