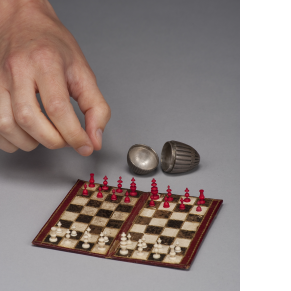 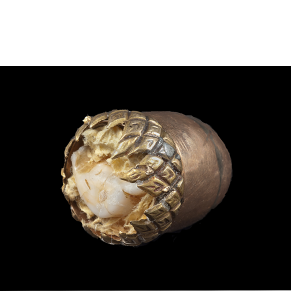 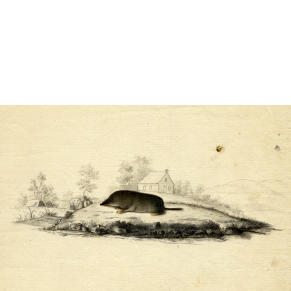 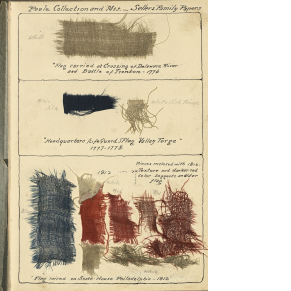 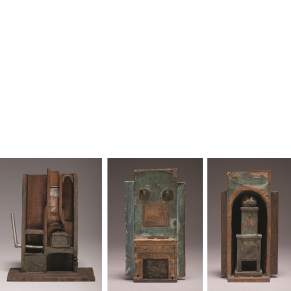 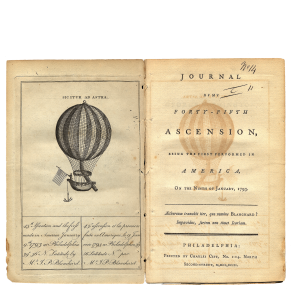 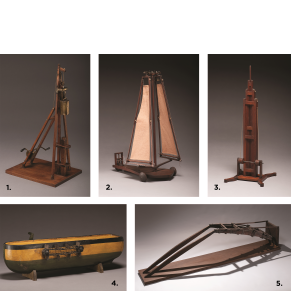 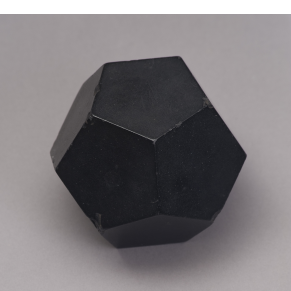 This tiny chess set (the pieces stand less than three-quarters of an inch tall) may have been owned by Benjamin Franklin and used as a traveling set.

It came to the APS from descendants of Mary Stevenson Hewson, who was educated by Franklin when he boarded with her family in London during the 1750s and 1760s. Franklin may have given Hewson his traveling set before she immigrated to the United States 1786. 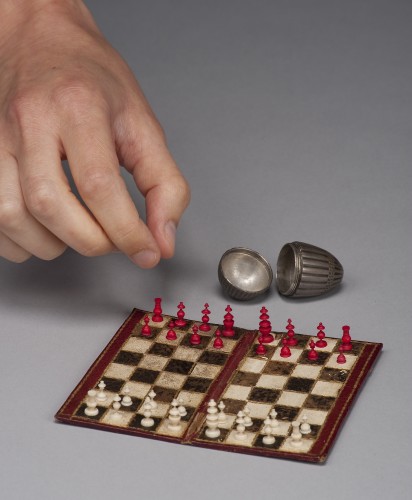 This tooth, purported to be Benjamin Franklin's, was left to Franklin’s daughter Sally and her husband Richard Bache.

In the 18th and 19th centuries, keeping the hair or teeth of deceased family members was an important way of memorializing the dead. This tooth is mentioned in Richard Bache’s 1810 will. He left the tooth to his and Sally’s son William. The gold acorn may have been added at a later date to use the tooth as a charm on a watch chain. The tooth remained with Franklin descendants until its presentation to the APS in 2011. 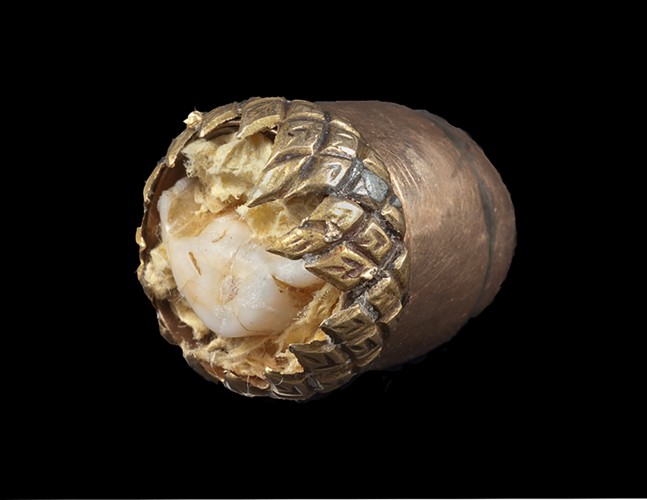 Early APS Member William Bartram drew this mole, detailing charming features like the whiskers, soft fur, and long claws. The mole sits happily on his own island, looking far larger than the house in the background. A giant mole or a trick of perspective? 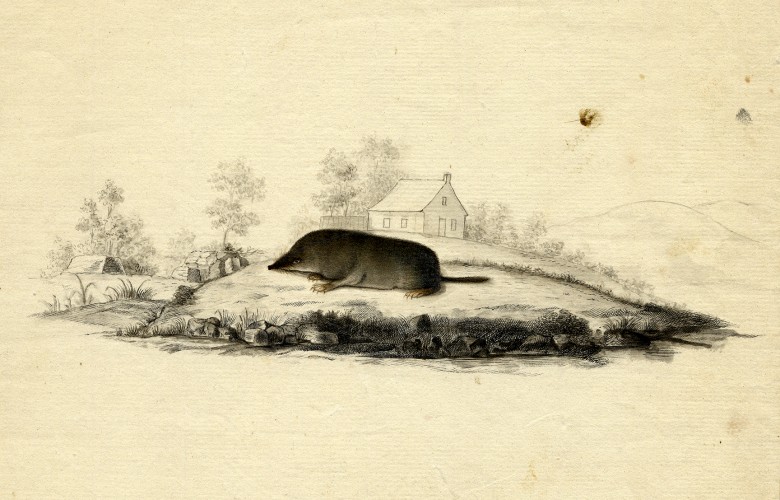 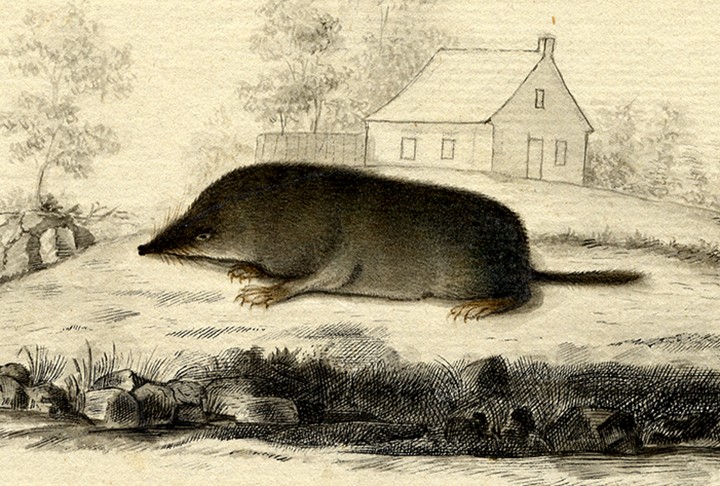 These flag fragments from important American events were carefully mounted on paper and labeled, indicating their importance to the owner. The historic events range from 1776 to 1812. They came to the APS in the Peale-Sellers Family Collection, but we don't know exactly who collected them. 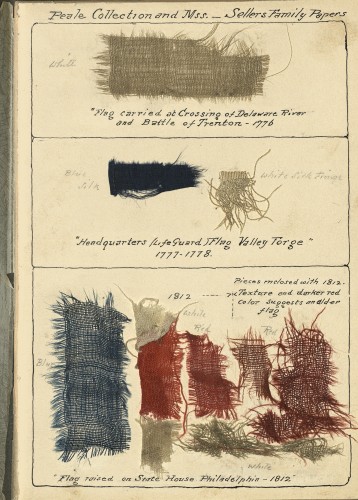 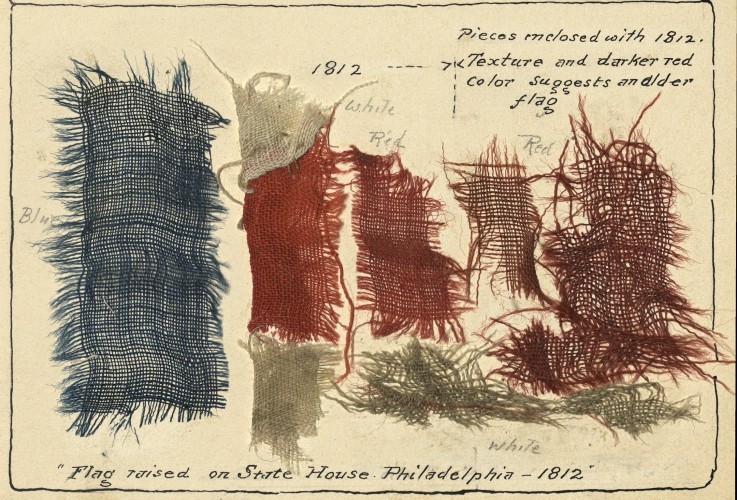 In 1796, the American Philosophical Society launched a contest for the improvement of fireplaces.

APS Member Charles Willson Peale and his son Raphaelle submitted five models and won the competition (they ran unopposed.) The center fireplace model had a sliding mantel door and adjustable dampers in order to provide a "comfortable, safe, and economizing" design. This model also illustrates how the Peales incorporated aesthetics into the mechanical arts by including a French-style landscape over the fireplace and a small, narrative scene inset below the mantle.

The first manned balloon flight in America was by a 39 year-old Frenchman, Jean-Pierre Blanchard, in 1793. The Latin inscription above the balloon says, “So we go to the stars.”

The balloon took off from the courtyard of the Walnut Street Jail in Philadelphia, then at 6th and Walnut Streets. It was witnessed by many of the founding fathers, including President George Washington and future presidents John Adams, Thomas Jefferson, James Madison, and James Monroe. Blanchard's only passenger was his small black dog. They sailed over the Delaware River for a total of eight minutes before landing in New Jersey. 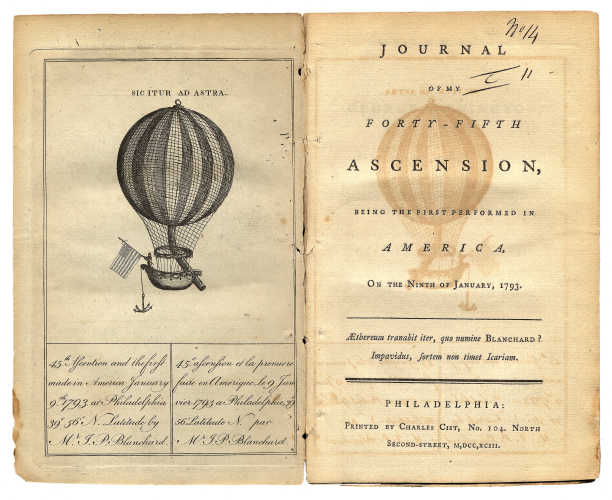 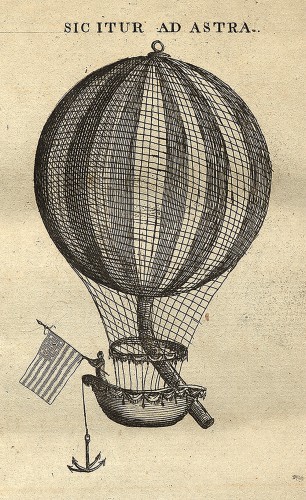 In the late 18th and early 19th century, the APS had contests for new inventions. These are some of the prizewinning models that were kept by the Society. 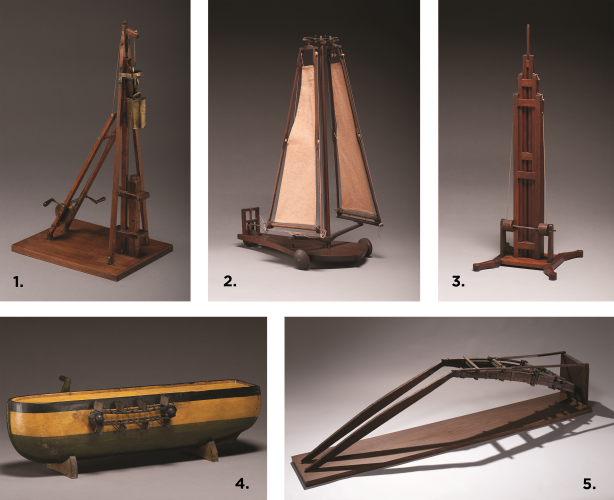 This black slate stone, carved in the shape of a dodecahedron (12-sided solid), is a continuing mystery.

Charles Brown, who sent it to the APS in 1792, said that he found it on the banks of the Ohio River. It's the size of a grapefruit. Researchers who examined the stone and its incised markings in 1897 theorized that a Native American shaman had used it as a lunar calendar, but we still do not know for certain who made it or for what purpose. No examples of similar objects have been found. 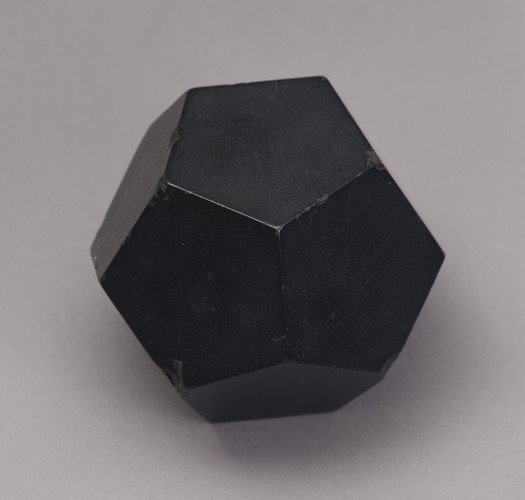