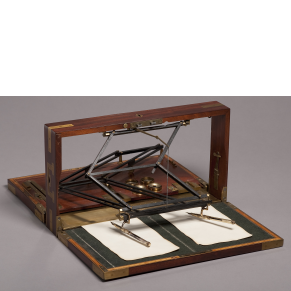 John Isaac Hawkins, made in London circa 1806 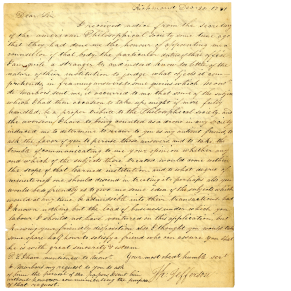 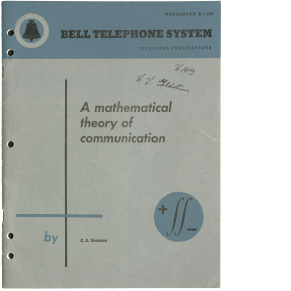 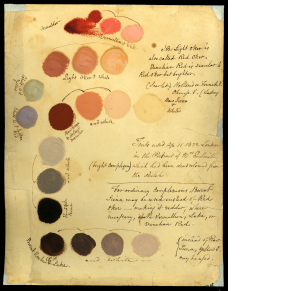 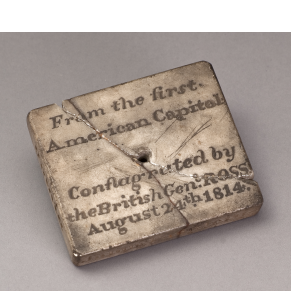 Stone from the First American Capitol 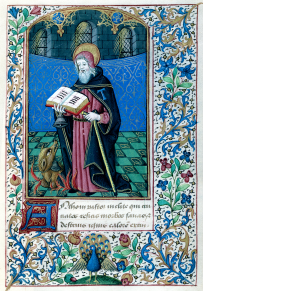 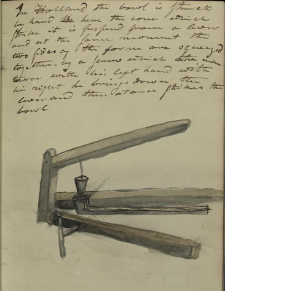 Thomas Peters Smith
Bequeathed by Smith to the APS, 1802 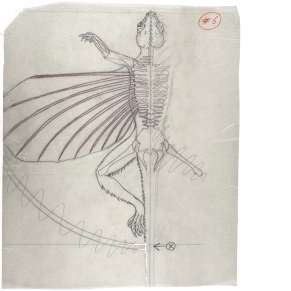 Draft Illustration of Icarosaurus, for Book "Investigating the Unexplained" 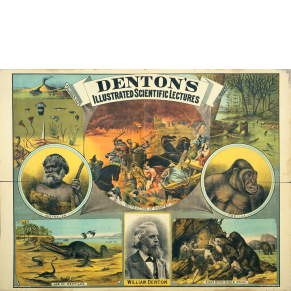 John Isaac Hawkins, made in London circa 1806

Thomas Jefferson used this machine to make duplicates of letters for his personal records.

Jefferson wrote almost 20,000 letters in his lifetime. He wrote John Adams that he suffered “under the persecution of Letters,” calculating that he received 1,267 letters in the year 1820 alone. “From sun-rise to one or two o’clock, I am drudging at the writing table.”

"I think of this every time I open my email Inbox," notes Bob Hauser, Executive Officer of the APS.

Jefferson often tinkered with other's inventions to improve them. This polygraph was created by John Isaac Hawkins in London and many models were shipped to America. Jefferson and APS Member Charles Willson Peale corresponded frequently about ways to improve Hawkins’ original design. Jefferson moved the inkwells for easier access while writing. 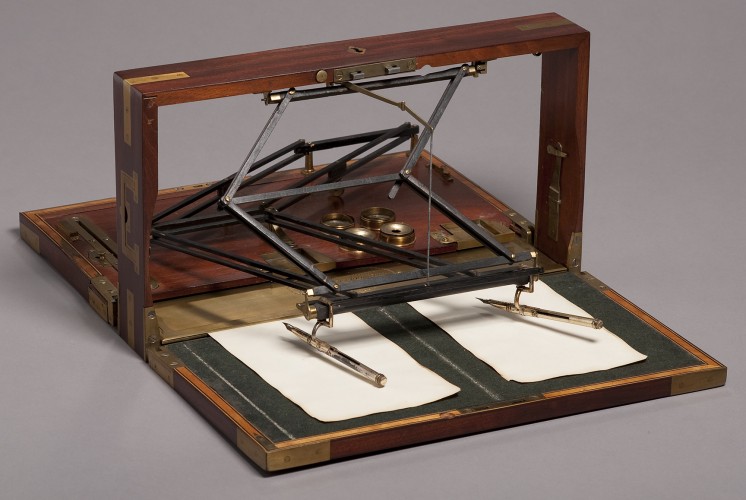 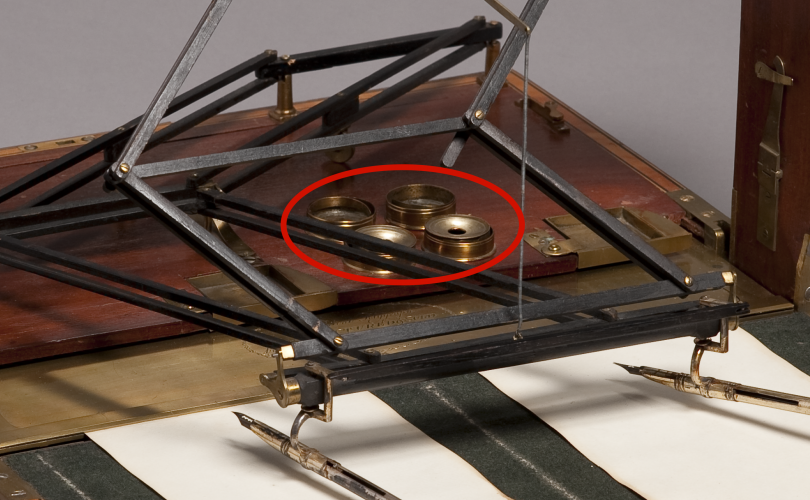 Jefferson altered the placement of the rotating brass inkwells, circled in red.

This 1781 letter by Thomas Jefferson to a friend shows not only that he regarded his election to the American Philosophical Society as an honor but that, given “the aversion I have to being counted as a drone in any society,” he was determined to be an active member.

(Linda Greenhouse, President of the APS) 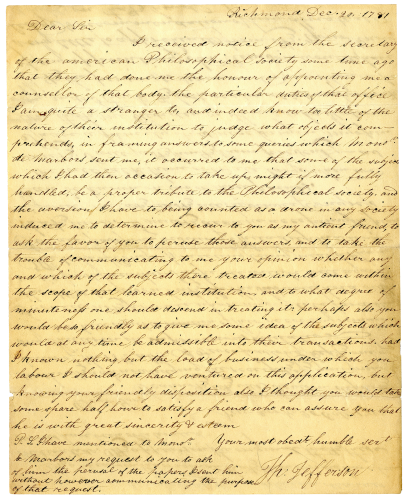 “the aversion I have to being counted as a drone in any society,”

This plain-looking offprint from the Bell System Technical Journal contains a relatively short, but revolutionary, essay that’s largely responsible for ushering in our current digital world.

Claude Shannon’s work reduced the idea of information to a binary yes/no or 0/1, allowing complex information to be transferred electronically with extreme efficiency.  The essay is important in many fields, but it was essential to the growth of the computer industry and eventually the creation of the Internet.

Shannon was an elected Member of the APS. I chose this item to highlight the exceptional collection of early computer materials available at the APS. 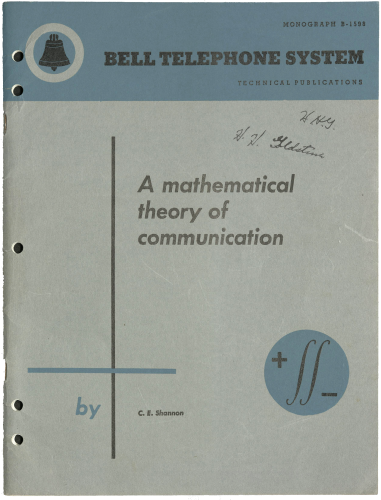 Rembrandt Peale (1778-1860) frequently sent painting tips and advice to his niece, artist Mary Jane Peale (1827-1902), including a simple palette for beginning a portrait.

The Peale family was known for its famous painters. They encouraged their sons as well as daughters to develop their talents. Mary Jane Peale was determined to become an artist, turning down offers of marriage in favor of independence and establishing her own painting studio. I chose this item in admiration of Mary Jane Peale and the encouragement of her Uncle Rembrandt, which was rare for the time. 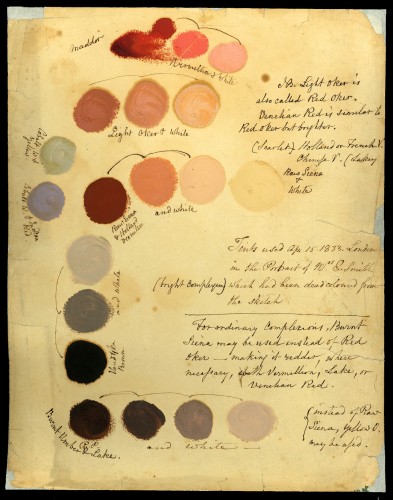 The palette for beginning a portrait. Click right below for more images. 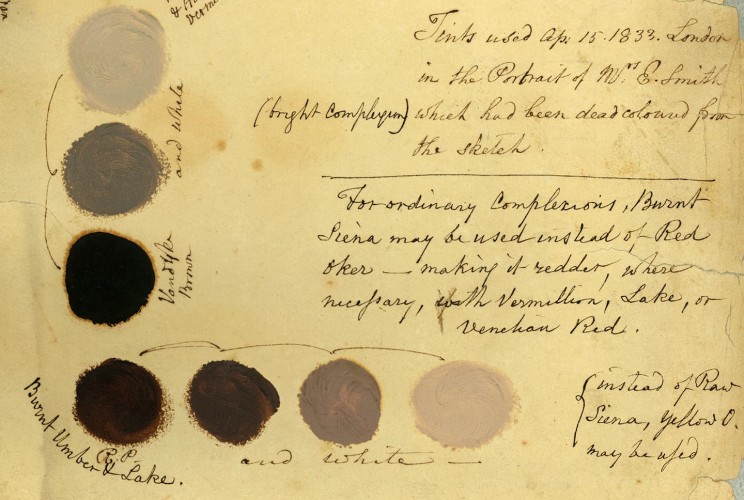 In this detail, you can read Rembrandt Peale's notes to his niece Mary Jane Peale about mixing paint colors to create skin tones. 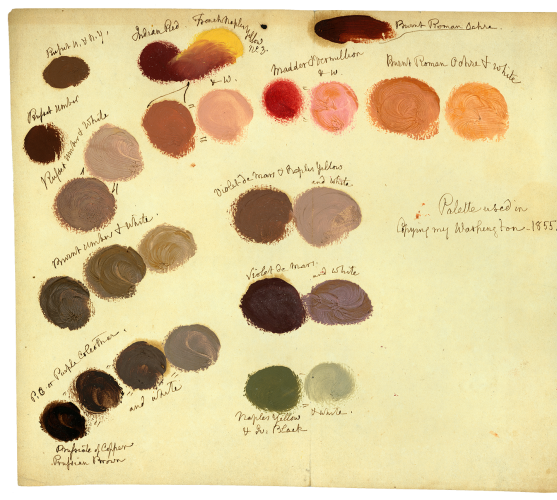 Paint Palette for Copy of Washington Portrait, 1855. This palette represents the colors Rembrandt Peale used when copying his 1795 portrait of George Washington, now at the National Portrait Gallery in Washington, DC. In the 18th and 19th centuries, artists often made copies of their popular paintings. 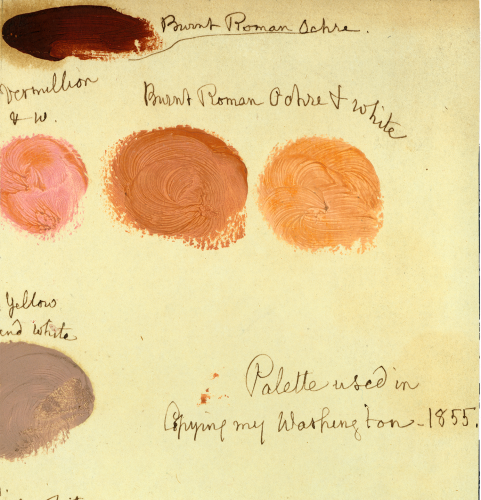 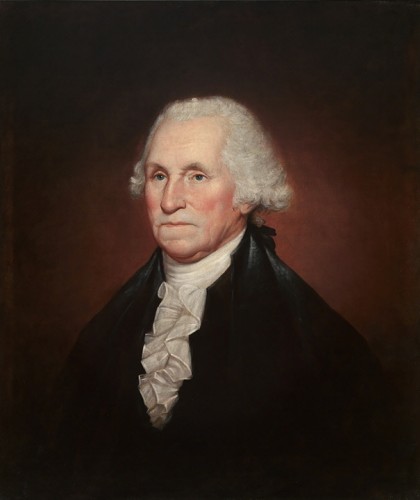 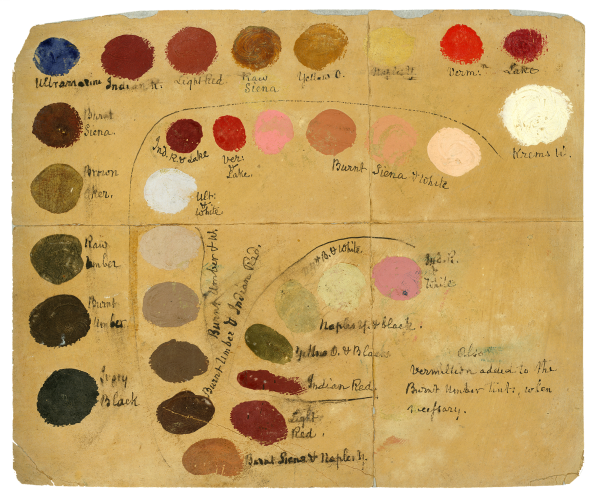 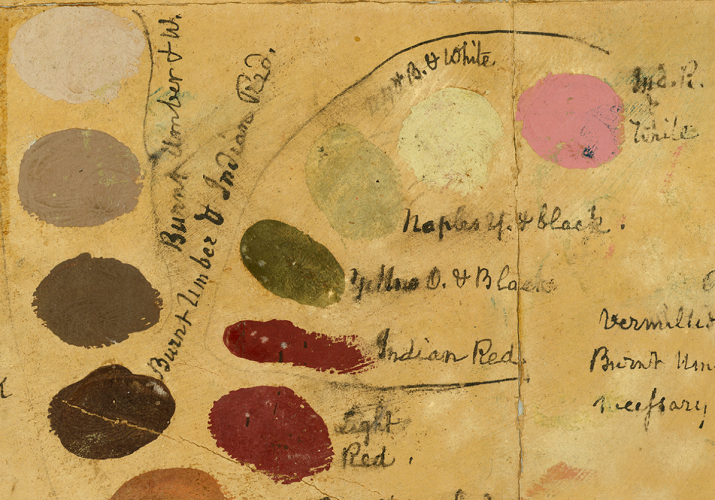 Stone from the First American Capitol

The U.S. Capitol building was begun in Washington in 1793. Still incomplete by 1814 when British troops invaded Washington during the War of 1812, it burned along with a number of other significant buildings. Only a rainstorm saved it from being completely destroyed.

This architectural fragment tells us about the building it came from, but the fact that it was recovered and inscribed communicates how important the relics of a national mythology became to Americans. 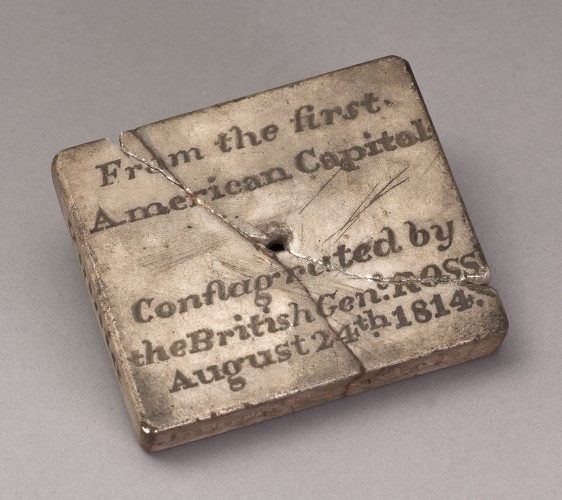 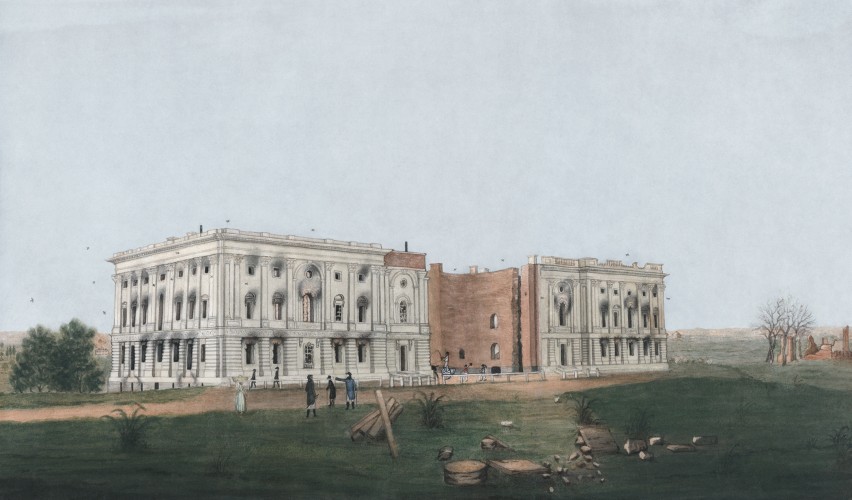 This colorful depiction of Saint Anthony Abbot comes from a medieval book of hours, a Christian prayer book dating from around 1475.

Inspired by Jesus Christ, Anthony (251-356 AD) gave all of his money to the poor and, as a young man, moved to the Egyptian desert to live as a hermit. Frequently visited by pilgrims for spiritual guidance and healing, Anthony moved several times to get away. He only wanted to live a solitary life of prayer! This vibrant, inspirational manuscript is still going strong after 500+ years. 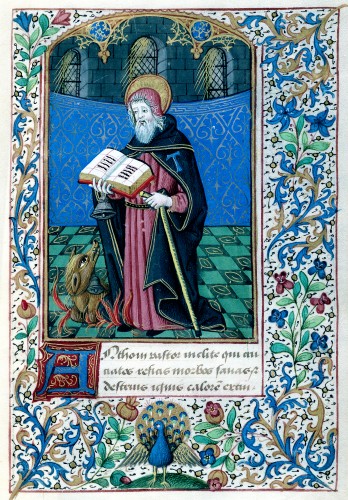 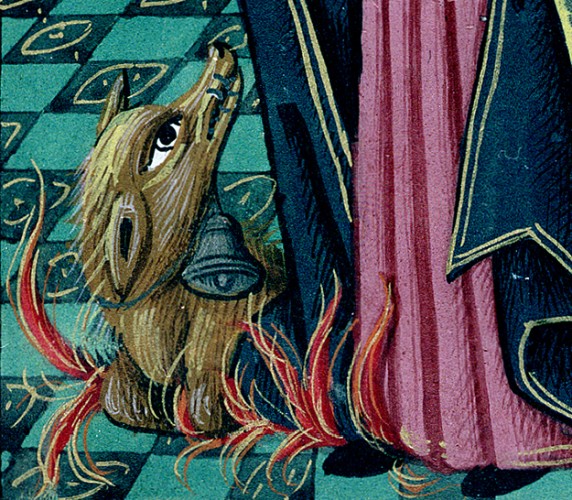 Devotees pray to St. Anthony for relief of painful, burning skin diseases. The flames at the bottom of his robe may refer to this. St. Anthony is also the patron saint of animals. Perhaps this explains the creature at his feet, surrounded by the flames. It appears to be a wolf with great curving teeth and a bell around his neck--a ferocious wild animal gazing up at St. Anthony, made gentle in his presence.

Thomas Peters Smith
Bequeathed by Smith to the APS, 1802

Thomas Peters Smith (ca. 1776-1802), was one of the most promising chemists of his generation.

Originally from Philadelphia, Smith traveled to Britain and Continental Europe in 1800 to learn about developments in chemistry and industrial processes. During his return trip to America, Smith was wounded when a cannon on board the ship exploded. He died at sea after asking that his papers be given to the APS. The knowledge he collected during his scientific Grand Tour survives in his journals. Who knows how Smith’s research might have impacted American industries if he had survived the transatlantic passage back to Philadelphia? 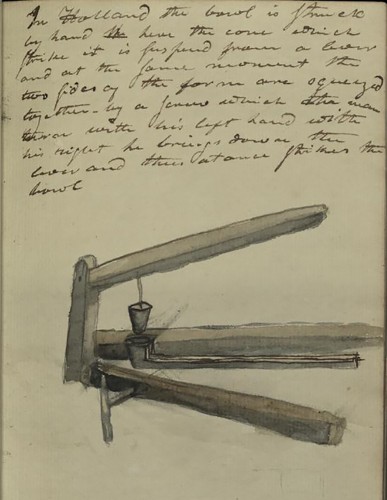 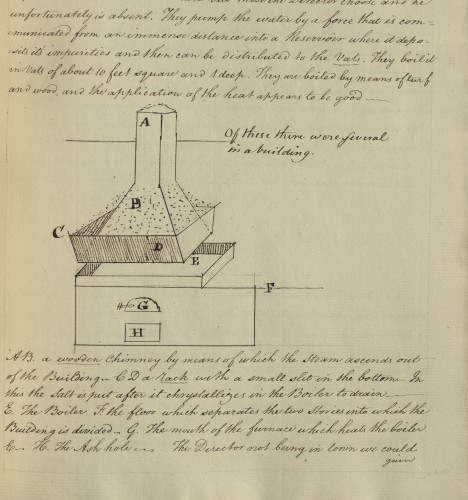 Page from Smith’s European Journal: a drawing and description of a chimney.

Draft Illustration of Icarosaurus, for Book "Investigating the Unexplained"

Ivan Sanderson was a naturalist and popular science author. He traveled widely and illustrated his own books.

Later his interests turned to “the unexplained,” like the existence of UFOs and the abominable snowman. Sanderson used this pencil drawing in one of his books to illustrate the pre-historic origin of dragons. He based it on an extinct (but real) dinosaur, Icarosaurus. It is a wonderful example of how illustrations were prepared for publication before the use of computers. 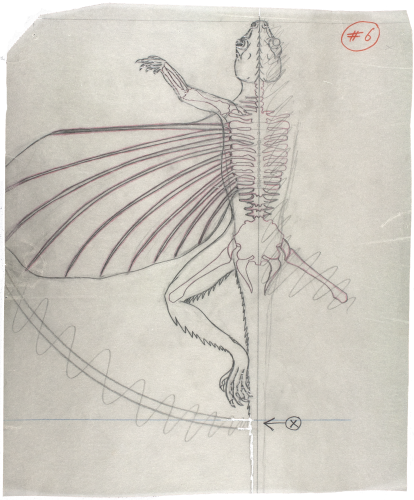 William Denton was a serious geologist, but his most popular lectures featured putting his wife in a trance to channel “facts” from fossils, rocks, and ancient artifacts by touching them.

Denton was also a Spiritualist and reformer; he travelled as a lecturer from the 1850’s through the 1880’s. Denton did not believe in Darwinian evolution.  He might talk about ancient creatures scurrying over the Silurian sea floor (upper left), but he also believed that natural process could not create “races” as different as “primitive” Aborigines and “civilized” Europeans.  Only the divine could create such a difference. 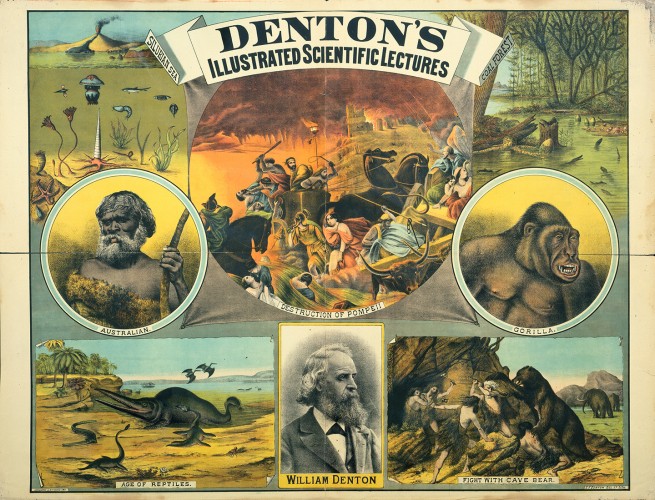 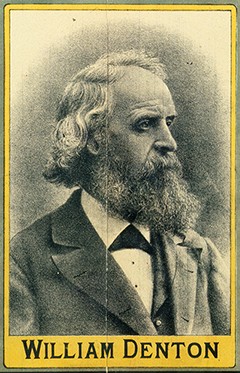 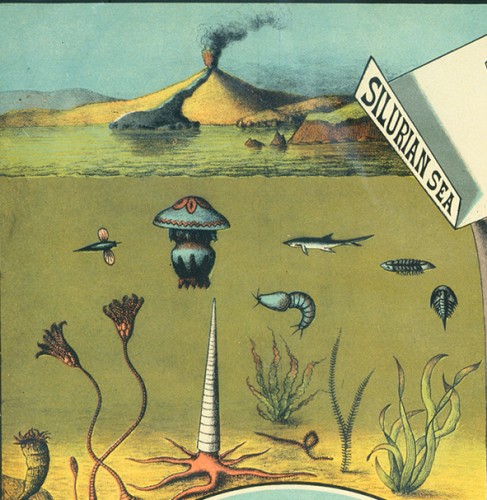