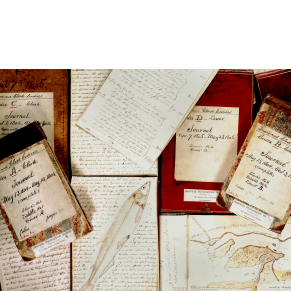 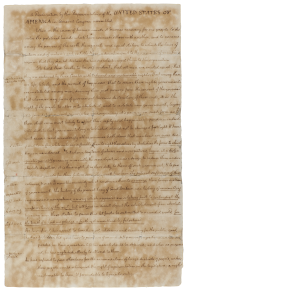 Final Draft of the Declaration of Independence 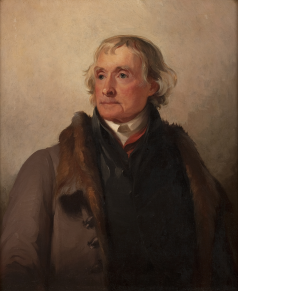 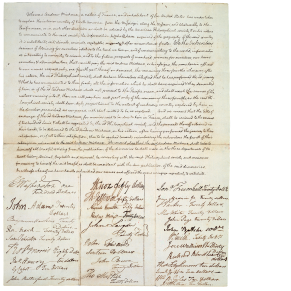 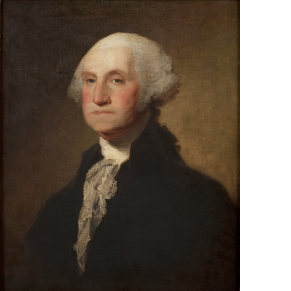 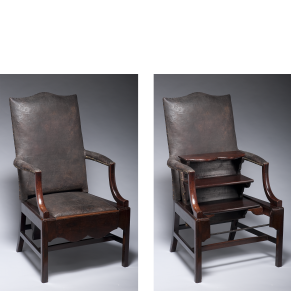 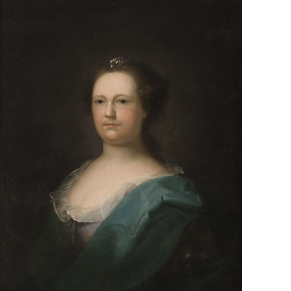 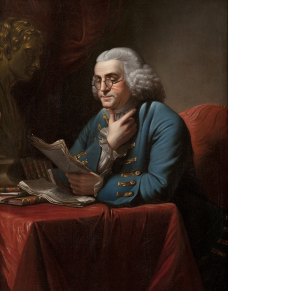 At President Thomas Jefferson’s request, Meriwether Lewis and William Clark kept detailed journals during their 1804-1805 expedition from St. Louis to the Pacific Ocean. Jefferson sent the journals to the APS for safe keeping, where they remain today.

To prepare for the trip, Meriwether Lewis went to Philadelphia for instruction by Members of the APS. The expedition started near St. Louis in May, 1804 and reached the Pacific Ocean in November of 1805. They returned to St. Louis on September 23, 1806, having traveled 8,000 miles by boat, on foot, and on horseback. 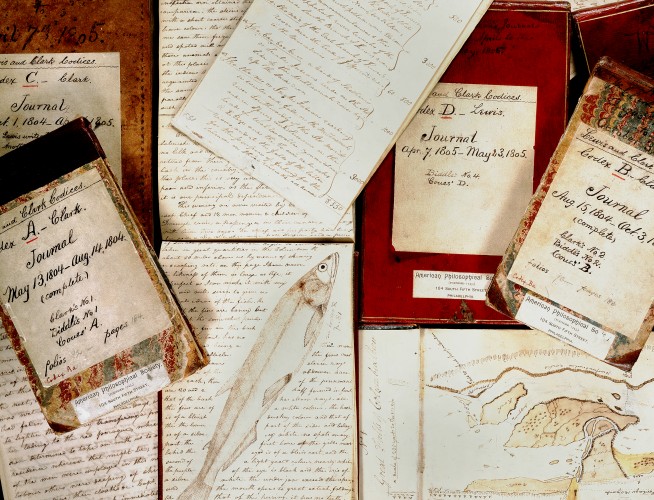 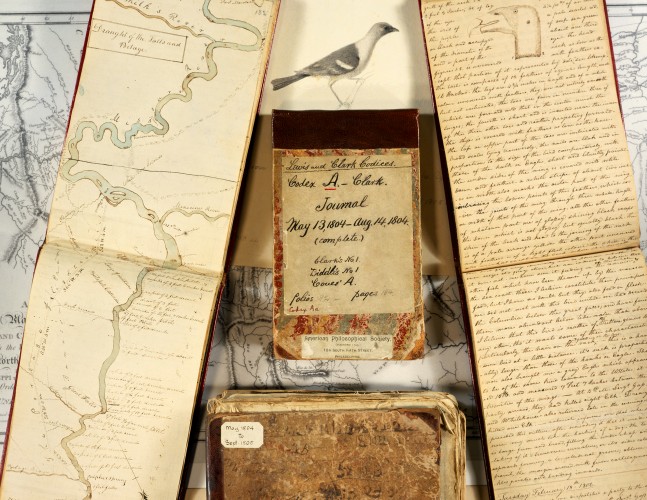 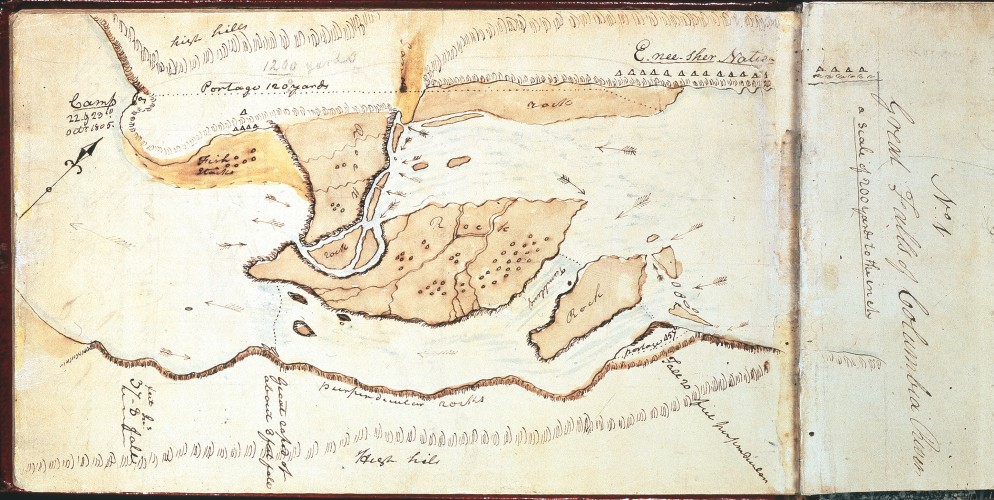 Final Draft of the Declaration of Independence

Thomas Jefferson drafted the Declaration of Independence sitting at his desk in a Philadelphia boarding house at 7th and Market Streets, three blocks from the APS. The margin notes show revisions made after Congressional debate.

Jefferson was an elected APS Member and its president for 17 years, before, during, and after he was president of the United States. Another Member donated this document to the Society in 1825. The APS was so proud to have it in their collection that they displayed it for many years in a window for all to see. The light exposure nearly ruined the fragile manuscript. Fortunately modern conservation treatments have stopped the deterioration. 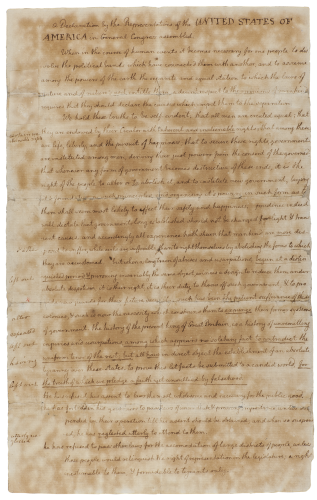 Thomas Jefferson was elected an APS Member in 1780 and was its president for 17 years, before, during, and after he was president of the United States.

Painter Thomas Sully visited Monticello in 1821 to make sketches of Jefferson for this portrait. At 78, Jefferson considered himself too old for the artist's effort. His fur-collared coat lends Jefferson the air of an explorer and was a gift from Thaddeus Kosciuszko, Polish hero of the American Revolution. Sully was elected a Member of the APS in 1835. From 1812-1815 he rented studio space in APS’s Philosophical Hall, now the location of the APS Museum. 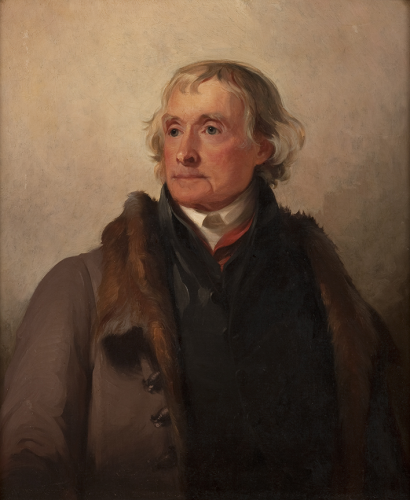 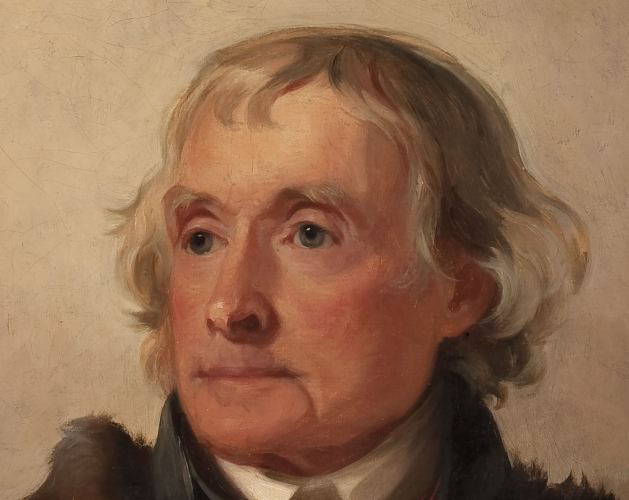 This is the only known document signed by four living presidents: Washington, Jefferson, Madison, and John Adams. In all, it was signed by 30 subscribers, 12 of whom were elected APS Members—including the four presidents.

It was drafted by President Jefferson to raise money for an expedition to find a route to the Pacific—this was 11 years before Louis & Clark (1804-1806). Each signer wrote the amount of money they pledged next to their name.

The expedition was to be led by French botanist Andre Michaux. He offered to explore the sources of the Missouri River and search for rivers that flowed into the Pacific. Ultimately, the expedition was called off due to diplomatic difficulties with France, which owned much of the territory to be explored. 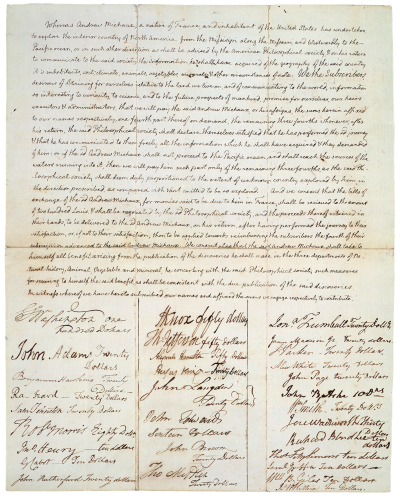 This iconic image of George Washington is the face on the one-dollar bill. "When I painted him," Gilbert Stuart said, "he had just a set of false teeth inserted, which accounts for the constrained expression so noticeable about the mouth..."

While originally painted from life, the artist made many copies after Washington’s death in 1799.  The APS’s painting is the only one still owned by an organization that purchased it directly from Gilbert Stuart.  Washington was elected an APS Member in 1780. 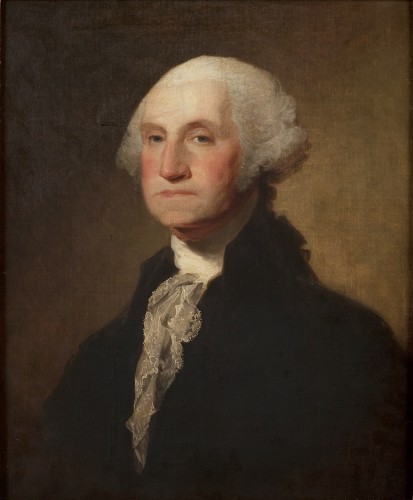 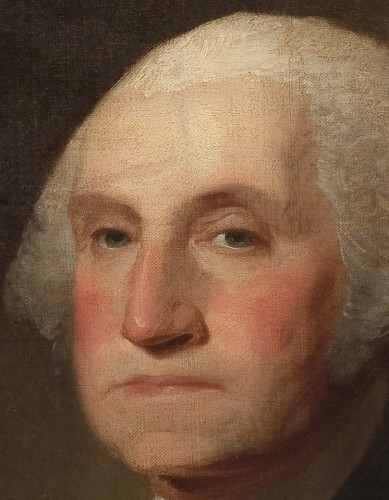 Detail of Washington's face showing the set of his mouth.

This chair was owned by Benjamin Franklin and may have been designed by him. Its seat lifts up to reveal a step stool that allowed him to reach books on high shelves.

Franklin often sat in this sturdy mahogany and leather chair when he presided over APS meetings at his home.  Starting in 1789, meetings were held in the newly completed Philosophical Hall, which today is the location of the APS Museum and the Society's administrative offices. 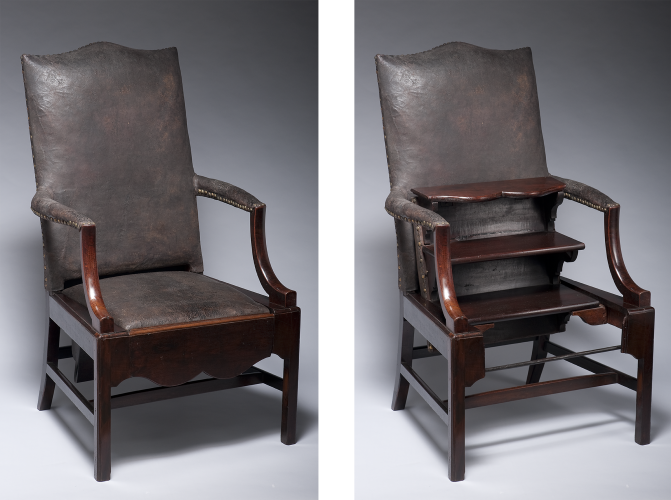 The APS owns the only known portrait of Benjamin Franklin’s wife, Deborah Read Franklin. She lived from 1708 to 1774.

Married to Franklin for 44 years, Deborah refused to go to Europe with her husband because she was afraid of the ocean crossings. She stayed in Philadelphia and successfully ran Franklin’s businesses. 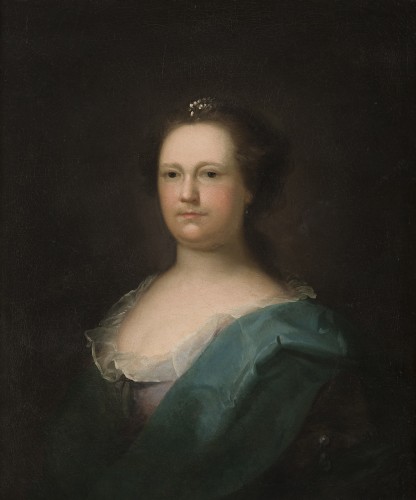 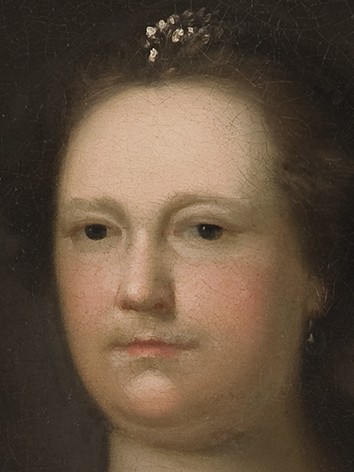 Benjamin Franklin founded the American Philosophical Society in 1743 and was its president from 1769 until his death in 1790.

When reading, Franklin was known to rest his elbow on the table and hold his chin with one thumb to keep his spectacles in focus. This portrait is by the famous early American artist, Charles Willson Peale. He donated the portrait to the APS in 1785. Peale was elected an APS Member in 1786. 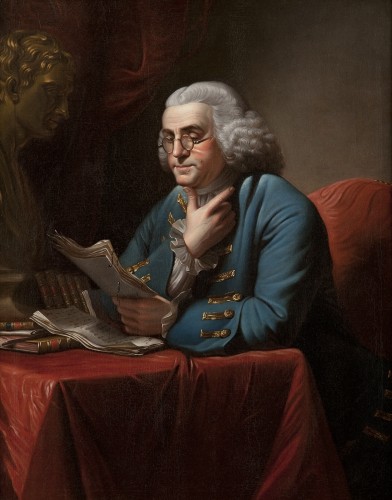 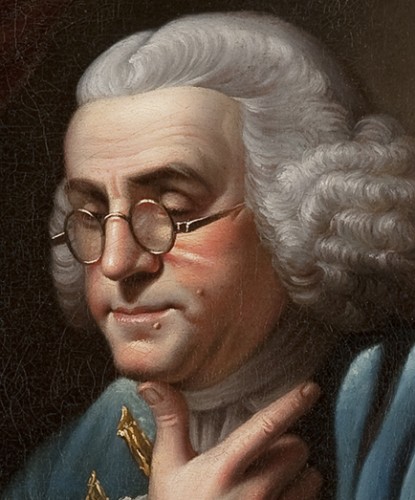 Detail of Franklin's face and chin resting on his thumb.