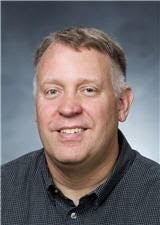 The second meeting of the Fall 2021 David Center for the American Revolution Seminar Series will take place on Tuesday, November 16, 2021 at 3:00 p.m. on Zoom.

The presenter will be Dr. Matthew Mason. Dr. Mason is a professor of History at Brigham Young University in Provo, Utah.  He is the author of Apostle of Union: A Political Biography of Edward Everett (2016), and Slavery and Politics in the Early American Republic (2006), as well as articles in journals including the William and Mary Quarterly and the Journal of the Early Republic.  He is co-editor of books including John Quincy Adams and the Politics of Slavery: Selections from the Diary (2017), with David Waldstreicher; and Contesting Slavery: The Politics of Bondage and Freedom in the New American Nation (2008), with John Craig Hammond.  The essay circulated to the David Center Seminar is a chapter in his ongoing study of the Anglo-American politics of slavery.

He will be presenting a chapter titled “Slavery and the Politics of Honor in the American Revolutionary Era.”

“Slavery and the Politics of Honor in the American Revolutionary Era”

The concept and reality of American slavery worked its way into every major aspect of the political strife between Great Britain and her colonies between 1763 and 1783.  At every turn, African American slavery figured first in the debates not in its own right, but as a powerful adjunct to other issues that comprised the core of the conflict.  Slavery proved endlessly useful to the combatants as they debated points, including which side best upheld the deeply cherished value of honor.

Contestants injected slavery and race into the dispute over honor in a wide variety of ways.  One was to racialize their white opponents, branding them as Black as a way to depict them as avatars of disorder and dishonor.  White American Patriots in particular manifested extreme prickliness at any treatment by their foes that did not consist with their sense of honor as well as rights as free white men rather than enslaved Africans.  As the war ground on, this led to self-reflections and internal debates, especially on the Patriot side, over whether enlisting African Americans was consistent with the high ideals associated with honor, such as discipline and order.

But all these political usages of African Americans as a means did not mean enslaved African Americans were passive objects rather than actors, or that these debates had no impact on whites’ attitudes towards slavery.  During the Revolutionary War, Black Americans had to make hard choices in response to the precarious opportunities for freedom the war and its combatants offered, and whites on both sides politicized the choices they made.  Policy decisions by British and American military and political leaders also had their own consequences for slavery in North America.  For instance, I posit that the British government’s decision to protect the freedom they had promised to fugitive American slaves, as a matter of national honor, must have had a longer-term impact on the British government’s stances on slavery after the war.