At the Bridge: James Teit and an Anthropology of Belonging--A Virtual Discussion with Wendy Wickwire 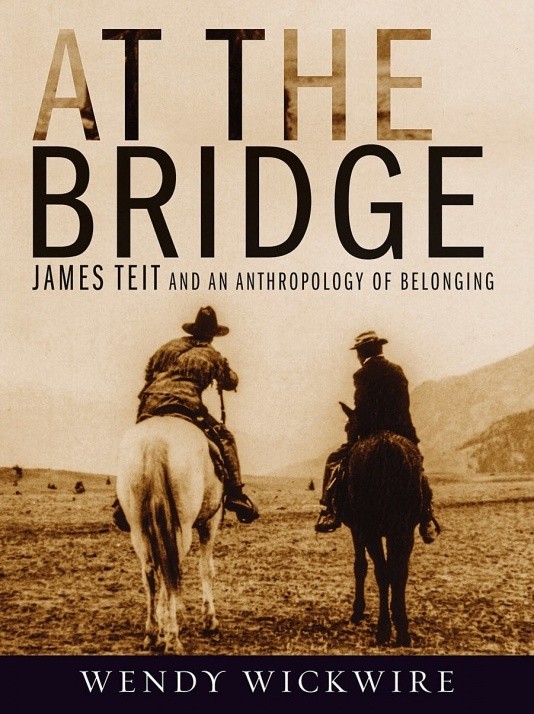 Every once in a while, an important figure makes an appearance, makes a difference, and then disappears from the public record. James Teit (1864-1922) was such a figure.

From his base at Spences Bridge, British Columbia, Teit spent four decades helping Indigenous peoples in British Columbia challenge the settler-colonial assault on their lands and lives. From 1906 to 1922, Teit collaborated with chiefs from across the province on their campaigns against land-seizures, conscription, enforced enfranchisement and the potlatch ban. His legacy includes detailed notes on his interviews with hundreds of his Indigenous hosts—in their languages —on everything from hunting/fishing practices, stories and songs to ethnobotany and territorial landmarks. Much of this work appeared in eleven monographs (published by the American Museum of Natural History (NYC)  and the Smithsonian Institution (Washington, DC). The rest exists in prominent archives, most notably the American Museum of Natural History, the Museum of Canadian History, and the American Philosophical Society. Indeed, Teit lived so many lives—as a rancher, an outdoorsman, a family man, a field biologist, a hunting guide, an anthropologist, a political activist—that it is impossible to fathom how he did it all.

In her new book, At the Bridge: James Teit and an Anthropology of Belonging (University of British Columbia Press, 2019), Wendy Wickwire highlights Teit’s journeys—between Shetland, UK and British Columbia; between Boasian anthropology and Indigenous forms of knowledge; between socialist political movements and Indigenous political movements—showing how he forged, along the way, a style of anthropology that was leagues ahead of its time.

Join Dr. Wickwire in conversation with Brian Carpenter, Curator of Native American Materials at the American Philosophical Society, as they discuss Teit's life and work and the continued impact of the records he left behind.

The event will take place on Friday, April 17 at 1:00 p.m. EDT via Zoom. The event is free of charge; registration is required to attend.

Wendy Wickwire was a member of the Department of History, University of Victoria, Victoria, BC until her retirement in 2017. Prior to retiring, she taught courses on settler colonialism and environmental history in British Columbia, as well as an annual course on the history of anthropology. She is the author of numerous award-winning books and articles, including Stein: The Way of the River (with Michael M’Gonigle), which won the Bill Duthie Booksellers’ Choice Award at the 1989 BC Book Awards; Write It On Your Heart: The Epic World of an Okanagan Storyteller (with Okanagan storyteller, Harry Robinson) which was short-listed for the Roderick Haig-Brown book prize in 1990; and Nature Power: In the Spirit of an Okanagan Storyteller (with Harry Robinson), which won the Roderick Haig-Brown book prize in 1994.  She completed the Harry Robinson trilogy in 2005 with the publication (by Talonbooks) of Living By Stories: A Journey of Landscape and Memory. In 2006, Wickwire and Michael M’Gonigle co-edited a Canadian war diary, Marion Kelsey, Victory Harvest: Diary of a Canadian in the Women’s Land Army, 1940-1944 (McGill-Queens U Press). In June, 2019, Wickwire published At the Bridge: James Teit and an Anthropology of Belonging.The book is currently on four book prize short-lists, the winners of which will be announced soon. On April 3rd, the BC Historical Federation announced that the book was the second prize winner of the BC Lieutenant Governor’s book prize.