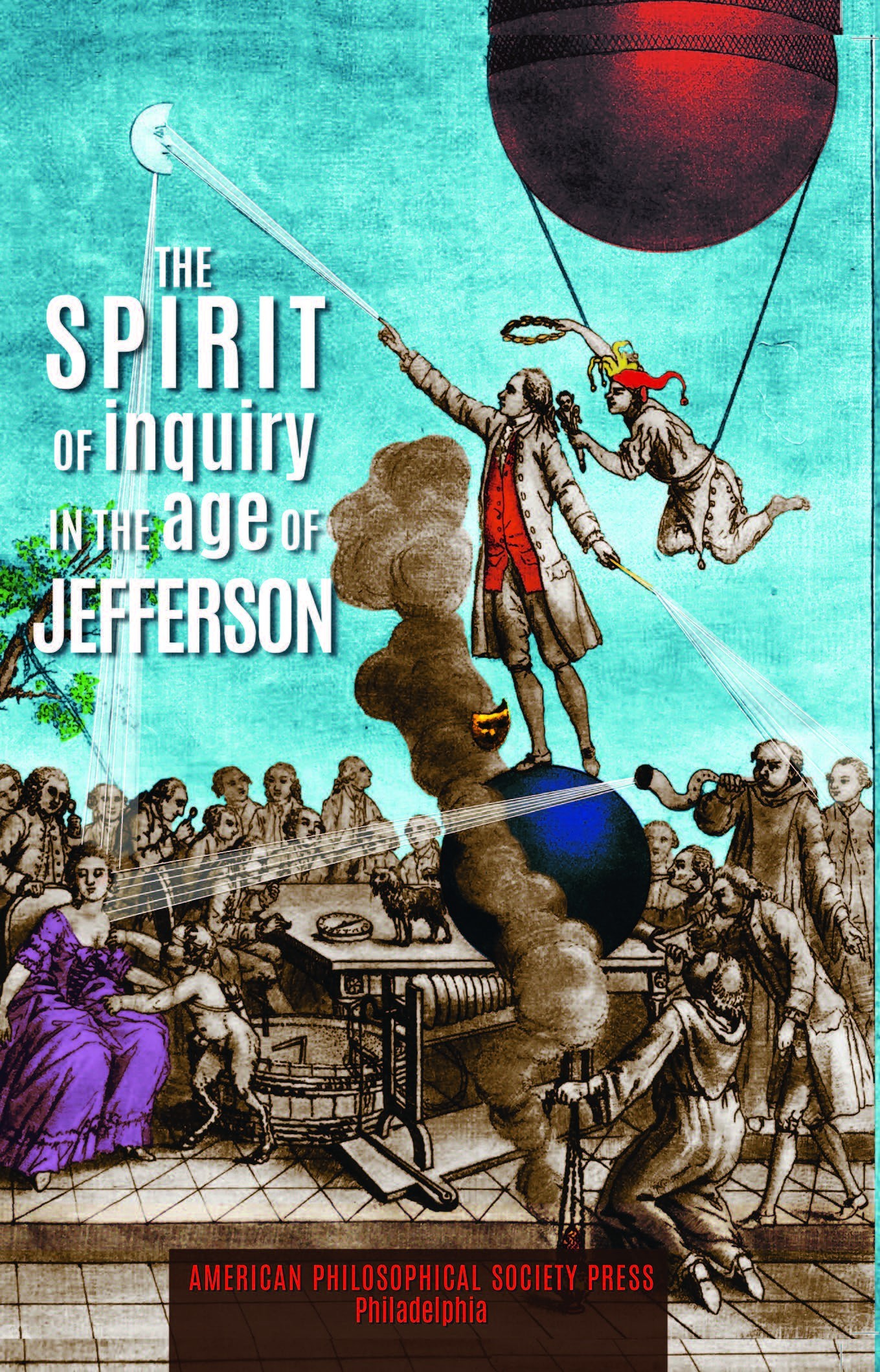 Join us to celebrate the launch of a special issue of the Transactions of the American Philosophical Society based on the APS’s Spring 2018 symposium on "The Spirit of Inquiry in the Age of Jefferson."

Held in commemoration of the 275th anniversary of the American Philosophical Society’s founding in 1743 and the birth of its long-time President, Thomas Jefferson (1743-1826, APS 1780, President 1797-1814), the 2018 symposium was co-sponsored by the National Constitution Center, the Robert H. Smith International Center for Jefferson Studies at Monticello, and the Herbert D. Katz Center for Advanced Judaic Studies at the University of Pennsylvania and explored the history of science, knowledge production, and learning during the Age of Jefferson (1743-1826).

The newly-published volume based on the symposium proceedings contains papers that touch on an enormous range of topics and fields--much like Jefferson's own intellectual life!

Join Andrew Wehrman, Endrina Tay, Diane Ehrenpreis, and Elizabeth Chew in conversation with Andrew O'Shaughnessy as they reflect on Jefferson's influence on scientific inquiry during the Early Republic.

The event will take place on Tuesday, January 25 at 1:00 p.m. EST via Zoom. The event is free of charge, but registration is required to attend.

Andrew Wehrman is a historian of early American history and the history of American medicine at Central Michigan University. His research focuses on the intersections between politics and medicine in Colonial and Revolutionary America. His current book project The Contagion of Liberty argues that popular demand for public inoculations during smallpox epidemics in the 1760s and 1770s infected Revolutionary politics and changed the way Americans understood their health and their governments’ responsibility to preserve it.

Diane Ehrenpreis is the Associate Curator of Decorative Arts at Monticello. During her tenure at Monticello, she has worked to research and interpret the material culture related to Jefferson and other individuals who called this place home. She played an integral role in interpreting and furnishing the second and third floors of Monticello. She also recently reinstalled Jefferson’s private suite and has two forthcoming essays on the subject.

Elizabeth Chew is a Vice President and Chief Curator for the James Madison's Montpelier Museum.

Andrew O’Shaughnessy is the Saunders Director of the Robert H. Smith International Center for Jefferson Studies at Monticello and a professor of history at the University of Virginia.  He is the author of The Men Who Lost America: British Leadership, the American Revolution, and the Fate of the Empire (2013) and An Empire Divided: The American Revolution and the British Caribbean (2000).  He is a Fellow of the Royal Historical Society; and a member of the advisory council of the McNeil Center for Early American Studies; a member of the advisory board of the Gilder Lehrman Institute. His forthcoming book, “The Illimitable Freedom of the Human Mind:” Thomas Jefferson’s Idea of a University, was published by the University of Virginia Press in September 2021.