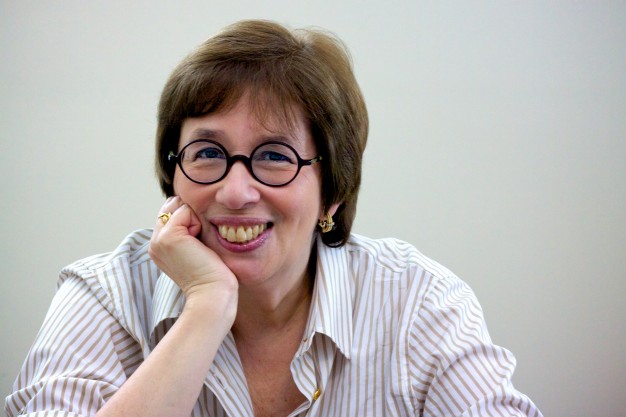 On November 11, 2016, the Members of the American Philosophical Society (APS) elected Linda Greenhouse their 37th President. Greenhouse is a Pulitzer Prize–winning journalist best known for her 30-year career covering the United States Supreme Court at The New York Times and currently the Knight Distinguished Journalist-in-Residence and Joseph Goldstein Lecturer in Law at Yale Law School. She was elected to the APS in 2001 and has served as Vice President since 2012. Greenhouse follows in the footsteps of such luminaries as Benjamin Franklin (the Society’s founder and first President) and Thomas Jefferson, who served while also holding the offices of Vice President and President of the United States. Greenhouse was unanimously elected and will be the first woman to serve as President of the Society in its 273-year history.

“My involvement with the American Philosophical Society has been a source of learning and pleasure. My goal is to help the Society continue to fulfill its mission of intellectual inquiry and ‘promoting useful knowledge,’ and I am most honored by the confidence that my fellow members have placed in me,” Greenhouse said.

As President, Greenhouse will oversee the operations of the nation’s first and oldest learned society. Founded by Benjamin Franklin in 1743, the APS has, since its inception, supported the advancement of knowledge in America through the election of Members who have made significant contributions to society and through the support of new research projects. Early members included George Washington, John Adams, Thomas Paine, James Madison, Alexander Hamilton, and John Marshall. In the 19th century, John James Audubon, Robert Fulton, Charles Darwin, Thomas Edison, and Louis Pasteur were among those elected. Albert Einstein, Robert Frost, and George Marshall hint at the scientific, humanistic, and public accomplishments of 20th-century members. The first woman was elected in 1789—the Russian Princess Dashkova, president of the Imperial Academy of Sciences of St. Petersburg.

Today, the APS dedicates its endowment of $180M to supporting scholarship in all fields. The APS operates the oldest scholarly imprint in North America, supports a research library and museum of international significance, provides over $1M in grants to young scholars, holds biannual Meetings to showcase cutting edge research, and elects Members who have made important contributions to the humanities, sciences, arts, and civic affairs. Today the APS has 1,009 elected members: 844 resident members and 165 international members from more than two dozen foreign countries. Only 5,573 members have been elected since 1743. Greenhouse’s sister Carol Greenhouse, a cultural anthropologist at Princeton University, is also among the ranks of APS Members, making the Greenhouses the first sisters to both be inducted into the Society.

Greenhouse will succeed Clyde Barker, the renowned transplant surgeon and the longest-serving Head of Surgery at the University of Pennsylvania, who is stepping aside due to mandated term limits. The APS’s other recent Presidents include Baruch Blumberg (2005–2011), winner of a 1976 Nobel Prize, and Frank Rhodes (1999–2005), former president of Cornell University.

“Linda’s extraordinary career and her years of service as a Member and officer of the APS indicate that she will be an outstanding president,” current President Clyde Barker said.

Linda Greenhouse is the Knight Distinguished Journalist in Residence and Joseph Goldstein Lecturer in Law at Yale Law School, a position she assumed in 2009 after 30 years covering the Supreme Court for The New York Times. Greenhouse still writes a biweekly column for the Times.

Greenhouse is a graduate of Radcliffe College, Harvard University, and earned the degree of Master of Studies in Law from Yale Law School, which she attended on a Ford Foundation fellowship. Her numerous awards during a 40-year career in journalism include the Pulitzer Prize (1998); the Henry Friendly Medal from the American Law Institute, of which she is an honorary member; and the Carey McWilliams Award from the American Political Science Association for “a major journalistic contribution to our understanding of politics.” She is a former member of the Harvard University Board of Overseers and currently serves on the Senate of Phi Beta Kappa and the Council of the American Academy of Arts and Sciences.