The Tower of the Winds in Athens—Greeks, Romans, Christians, and Muslims: Two Millennia of Continual Use 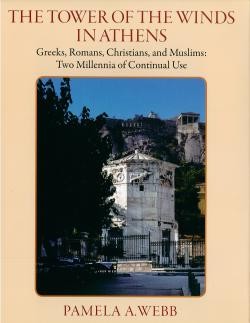 The Tower of the Winds has stood in the shadow of the Acropolis in Athens for more than 2,100 years. This tall octagonal building, which is one of the best preserved monuments from the classical period, is discussed by the ancient authors Vitruvius and Varro. Their documents reveal it was built by the architect-astronomer Andronikos of Kyrrhos and that it functioned as a horologion (a term that was applied both to sundials and water clocks). As one of the rare examples of material evidence from the realm of classical science, the monument has been analyzed previously almost entirely in regard to its form and function in the second and first centuries BC. Consequently, almost all of its features have been attributed to the period of construction by the Greeks or renovations made by the Romans. The building, however, was in use almost continuously for two millennia, which includes Byzantine and Ottoman phases. Webb examines the Tower throughout its entire functional existence, expanding on the earlier research and exploring its use by Christians (as a martyrium for one of the Apostles) and by Muslim whirling dervishes (who may have continued to honor the Christian cult). The large number of drawings and photographs (most in color) illustrate the analyses of every aspect of the physical remains and the history of the monument.

Pamela Webb is a classical archaeologist specializing in Greek and Roman architecture and sculpture. She received an M.A. and Ph.D. in Classical and Near Eastern Archaeology from Bryn Mawr College. She has taught at Swarthmore College, Rosemont College, and Villanova University. She also was a visiting professor for a number of years at Bryn Mawr College, where she is currently a research associate.