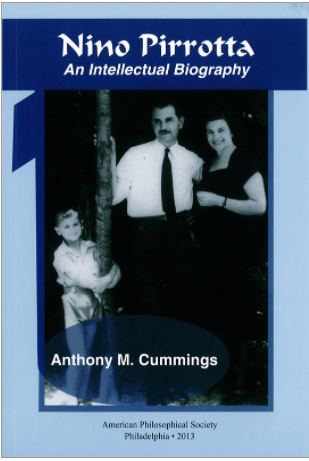 As a scholarly discipline and doctoral-level university course, musicology (the academic study of music in its historical and anthropological contexts) is about a century old. This is the first full-scale portrait of one of musicology’s most distinguished practitioners. Nino Pirrotta (1908-98) was educated at the conservatories and universities of Palermo and Florence, but was not able to study music history systematically, so he created his own distinctive vision of the discipline. After appointments as librarian of the conservatories of Palermo and Rome, Pirrotta was named head of the music library and Professor of Music at Harvard (1956-71) and thereafter Professor of Music History at the University of Rome (1972-78). Anthony Cummings recounts the principal details of Pirrotta’s career. He analyzes and interprets Pirrotta’s writings and identifies the features that characterize the celebrated humanist. This biography serves as a consideration of the practices and disciplinary achievements of one of the core humanistic fields of enquiry and the satisfaction of the entire scholarly enterprise. Illus.