A Life for Water: A Memoir 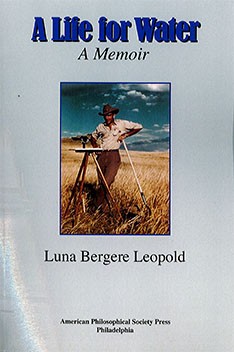 Luna Leopold is widely viewed as the foremost student of rivers of the 20th century. This volume presents a selection of informal essays written over the course of his long career. These essays complement his professional articles and books, and they illuminate how he became increasingly concerned with environmental degradation. Leopold argued forcefully that engineering solutions should be ethically framed as well as practical, and with that in mind, in 1969 he drafted the first environmental impact statement. He was awarded the National Medal of Science in 1991.